How Much Confidence Should We Have in the Doctor's Account of FDR's Death?

Barron H. Lerner, MD, PhD, associate professor of medicine and public health at Columbia University, is the author of When Illness Goes Public (Johns Hopkins 2006). This piece draws on an article just published in the Bulletin of the History of Medicine.

The standard historical account of Franklin D. Roosevelt’s final illness and death was written in April 1970 on the 25th anniversary of the former president’s death by one of his physicians, Howard G. Bruenn.

Although Bruenn’s account overthrew earlier versions that had concealed the seriousness of Roosevelt’s condition, it has never been adequately scrutinized.  Why did Bruenn decide to go public?  Did others assist in the writing of the article?  And, finally, was Bruenn’s claim that Roosevelt remained mentally capable until his death based on clear-cut facts or a selective reading of the evidence? 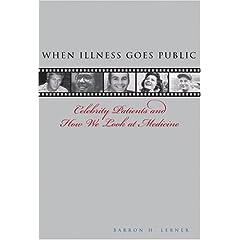 It is beyond dispute that Bruenn did a great service to history by telling his version of the story.  Roosevelt’s primary doctor, Ross McIntire, had always maintained that Roosevelt was essentially healthy before he was struck down by a cerebral hemorrhage on April 12, 1945.  In fact, as Bruenn described in his article, published in the April 1970 edition of the Annals of Internal Medicine, Roosevelt had severe high blood pressure and congestive heart failure that the cardiologist Bruenn tried his best to manage. However, the Annals article contained no information about why or how Bruenn decided to write and, in the process, break his patient’s confidentiality.  But records from the FDR Library and the American College of Physicians, which publishes the Annals, provide the back story.

In short, Bruenn wrote his article at the behest of the Roosevelt family, particularly his daughter Anna Roosevelt Halsted and her husband, James Halsted, who were eager to set the record straight.  The Halsteds were especially upset at the so-called “sick man of Yalta” theory: the notion that President Roosevelt’s mind had been so clouded at the February 1945 Yalta conference that he had given away Eastern Europe to Josef Stalin’s Soviet Union.  Another claim that angered the Halsteds was that Roosevelt’s precarious health should have prevented his running for reelection in 1944.

Although Bruenn does not seem to have changed his account to fit the wishes of the Halsteds, they actively reviewed drafts of the paper.  Indeed, it was Anna Roosevelt Halsted, not Bruenn, who wrote the last two paragraphs of the Annals’ piece, which included the line: “In conclusion, I should like to reiterate that this clinical record is written in the interest of accuracy and to answer some unfounded rumors.”

The Halsteds also put Bruenn in touch with the noted Roosevelt scholar James McGregor Burns, a political scientist at Williams College.  Burns read an early draft of the Annals article as well.  While he initially praised the article, Burns later felt it did not go far enough in exonerating Roosevelt and published a concurrent essay in the Saturday Review that further defended the former president.

The response to Bruenn’s article was almost universal praise but one critic, cardiologist Howard Burchell of the University of Minnesota, raised several questions.  Most notably, he suggested that Bruenn, as a historical figure in the Roosevelt saga, necessarily wrote the article in a particular way.  “One could submit,” he stated in a letter to the Annals, “that Dr. Bruenn would have strong unconscious forces which would operate in his rendering a favorable report on the patient’s health.”  What makes Burchell’s comment especially perceptive, in retrospect, is that he did not even know about the involvement of the Halsteds or Burns.

The story of Howard Bruenn’s article on Franklin Roosevelt reminds us that supposedly objective accounts are themselves affected by the historical era in which they are written.  Given that Bruenn wrote in conjunction with interested parties and as a commemoration of the 25th anniversary of the death of a beloved political figure, his take on the politically controversial issues of Roosevelt’s reelection and his performance at Yalta necessarily conformed to a certain narrative.  As Bruenn crafted a medical history, it took a form that supported the decisions that Roosevelt, his family members, his political colleagues and his doctor—Howard Bruenn—had made.

Corruption Gone Wild
Friday, June 8th, 2007
Private contracts are handed out by the federal government in droves these days. The industrial company Northrop Grumman, which manufactures the stealth bomber, has been granted a number of lucrative contracts despite past lawsuits filed against the company.
Named the company of the year by Forbes in 2002, and ranked number 67 on Forbes 2006 Fortune 500 list, the Los Angeles based Northrop is the third largest defense contractor in the U.S.
Bruenn v. Northrop
Vaughn Bruenn worked as a cost analyst for Northrop until being fired after he sought treatment for Hepatitis C. Bruenn filed an unsuccessful lawsuit against the company. “Bruenn’s due process rights were violated when the trial judge failed to remove an incompetent juror,” states a petition to the U.S. Supreme Court.
The judge also refused to admit evidence of discriminatory remarks made by one of Bruenn’s supervisors. The supervisor mistakenly accused Bruenn of being a homosexual with AIDS. The Supreme Court refused to re-hear the case.
Bruenn remarked, “Can you image the torment I’ve endured, reading 45 days after my appeal to US Supreme Court for unlawful termination from Northrop after treatment for Hep C and Depression, the implication I was a homosexual and had AIDS by a manager and co-worker.”
Northrop Awarded USAID/PEPFAR Contracts
The President’s Emergency Plan for AIDS Relief (PEPFAR) established the Partnership for Supply Chain Management (the Partnership) in 2005, a multi-billion dollar contract with 15 private sector institutions, including Northrop. The Partnership strengthens “the lifeline of essential drugs and supplies for people living with or affected by HIV/AIDS and other infectious diseases in developing countries,” according to PEPFAR. President Bush created PEPFAR in 2003, through the U.S. Agency for International Development.
The United States Agency for International Development (USAID) awarded Northrop a $4 billion dollar grant in May 2006, shared with four other companies, to provide services in the information technology platform and infrastructure services. Months later, in August 2006, USAID picked Northrop, along with three other companies, to compete for awards totaling $300 billion.
Political Connections and Contributions
According to the website OpenSecrets.org, Northrop maintains connections in the federal government. Several former Bush administration officials had ties to the company. Disgraced former Chief to the President, Lewis Libby served as a consultant to Northrop. Douglas J. Feith, former Under-Secretary for Policy, is the managing partner of a law firm whose clients include Northrop. Paul Wolfowitz, former World Bank president, also served as a consultant to Northrop. The current Under Secretary for the Comptroller Dov Zakheim is on Northrop’s paid advisory board.
Lobbying in Washington, D.C. is a multi-billion dollar industry. In 2000 Northrop gave lobbyists a total of $6,882,720, and $1,181,280 in 2001 and 2002. Northrop gave contributions to several members of Congress including $20,000 to Senator Trent Lott (R) and $17,000 to Rep. Ike Shelton (D).
Current Northrop CEO Ron Sugar makes political contributions to both sides of the aisle. California Senator Dianne Feinstein (D) received a $900 campaign contribution in June 2006. George Allen (R) of Virginia, the incumbent senator defeated by Senator Jim Webb, received $1,000.

Freshly restructured and more-or-less on the mend, USAID’s PEPFAR is yet growing at the optimal time.

For 1 year, whistleblower Vaughn Bruenn said the time is at hand for a full investigation. That request has yet to materialize.

"I think USAID needs to be very careful about allocating further funds until they can prove they can reduce the number of prior lucrative fraudulent PEPFAR contract awards," said Bruenn, who openly complained about a $10.7M HIV/Hepatitis PEPFAR grant award going to Northrop Grumman 45 days after the US Supreme Court Denied Appeal Rehearing of his unlawful termination suit (Bruenn v, Northrop) after contracting, treatment of Hepatitis C.

In May, USAID lost Randall Tobias to a well published DC madam sex scandal. The president announced a week ago, that he was appropriating an additional $30B for PEPFAR. The prior $15B is no longer there nor was misuses mentioned.

During that period of Tobias reign at USAID -- when Northrop went from zero to $300B – now they’re the single largest USAID contractor.

Congress became acutely aware of the crisis. But their own campaign funding sources were in many cases were often too rickety and resorted to Northrop for contributions (see Corruption Gone Wild)

The lack of control puzzles Bruenn. He noted, that he wrote every member of congress, all turned their back on him and the ensuing USAID crisis. Tobias remained at his post for 1 year,

" Bruenn said some members of congress may be delaying action in hopes of catching the impeachment wave that is rumored for this fall”..

"I think there's a lot of reluctance on the part of congress to go out on a limb when impeachment proceedings are looming," he said.

A QUESTION OF NEED

Officials generally agree that while the USAID needs to increase funding, the cost of mammoth fraud at the hands of Tobias/Northrop does not necessarily outweigh or lower the need for a full investigation

I urge you to support a full investigation. I hope you will also work to address several key issues that will strengthen the agency and more effectively prevent future corruption and punishment for abusers

Thank you for your consideration of this important issue and await your early reply.

A little confused as the referenced letter arrived 2 days ago. This letter doesn't match 3 conversations we've had, beginning May 2007. Very annoyed with the USAID, your office first began the torment June 2006 (see Corruption Gone Wild) and today June 21, 2007, 1 year later, the torment continues and continues.

Conversation we had just last week indicated -- that the USAID OIG was conducting an investigation involving Tobias/Northrop Grumman -- "that process could take possibly years for the OIG to conclude and possibly be criminal prosecution later" etc. etc..

To better assist you, I've included some reference material, hopefully to assist the USAID OIG and your legal counsel http://www.usaid.gov/oig/dir1.htm.