Why We Should Junk the Electoral College 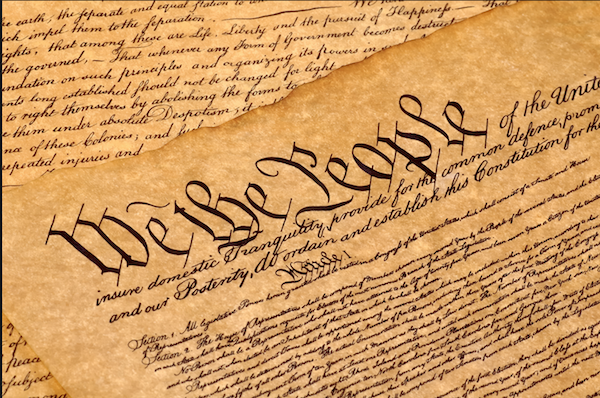 Click HERE for our most recent articles on the Electoral College.

Note:  This piece originally appeared in findlaw.com in the summer of 2002.

On the first anniversary of the very odd election of 2000, it's hard to look back without fixating on Florida and the courts. But these absorbing soap operas should not obscure the other historical headline: the national popular vote loser nonetheless won the electoral college vote.

Is this a flaw in our Constitution? Should we scrap the electoral college in favor of direct popular vote? Practically speaking, can we do so?

Let's begin by considering why the Philadelphia Framers invented an intricate electoral college contraption in the first place, and why, after its gears jammed in the Adams-Jefferson-Burr election of 1800-01, the Twelfth Amendment repaired the thing rather than junking it. Why didn't early Americans simply opt for direct national election of the President? The typical answers taught in grade-school civics miss much of the real story, both by misreading the evidence from Philadelphia and ignoring the significance of later events, especially the Twelfth Amendment.

It's often said that the Founders chose the electoral college over direct election in order to balance the interests of big (high population) and small (low population) states. The key Philadelphia concession to small states was the Framers' back-up selection system: if no candidate emerged with a first-round electoral-vote majority, then the House of Representatives would choose among the top five finalists, with each state casting one vote, regardless of population. According to the standard story, although big states would predictably dominate the first round, small states could expect to loom large in the final selection.

But as James Madison insisted, the deepest political divisions in early America were not between big and small states as such; rather, the real fissures separated north from south, and east from west. Moreover, once the modern system of national presidential parties and winner-take-all state contests emerged-a system already visible, though not yet entrenched, at the time of the Twelfth Amendment-the big states obviously had the advantage.

With two national presidential parties, one candidate almost always had an electoral majority in the first round, rendering the Framers' pro-small-state back-up system irrelevant. (Three or four strong candidates, in contrast, might have split the vote so that no one garnered a majority.) And winner-take-all rules - under which a candidate who won a state got all of its electoral votes, not a number proportional to the extent of his win - compounded the advantage of big states.

Indeed, before the Civil War Amendments (which changed the electoral college yet again), only one of the sixteen presidents hailed from a small state-Franklin Pierce of New Hampshire. And of the twenty-six men to hold the office since the Civil War, only Bill Clinton of Arkansas claimed residence in a small state.

In sum, if the Framers' true goal was to give small states a leg up, they did a rather bad job of it. (We shall suggest below, however, that their chief goal was something rather different.)

How the Founders' Concern About Voter Information Was Rendered Obsolete

Another Founding-era argument for the electoral college stemmed from the following objection to direct election: ordinary Americans across a vast continent would lack sufficient information to choose intelligently among leading presidential candidates.

This objection is sometimes described today as reflecting a general Founding distrust of democracy. But that is not quite right; after all, the Framers required that the House be directly elected every two years, sharply breaking with the indirect election of Congressmen under the Articles of Confederation. Many leading Federalists also supported direct election of governors.

The key objection at Philadelphia was thus not to democracy per se, but to democracy based on inadequate voter information. The Founders believed that although voters in a given state would know enough to choose between leading state candidates for House races and for the governorship, these voters would likely lack information about which out-of-state figure would be best for the presidency.

This objection rang true in the 1780s, when life was far more local. But the early emergence of national presidential parties rendered the objection obsolete by linking presidential candidates to slates of local candidates and national platforms that explained to voters who stood for what.

Although the Philadelphia Framers did not anticipate the rise of national presidential parties, the Twelfth Amendment (proposed in 1803 and ratified a year later) was framed with such parties in mind in the aftermath of the election of 1800-01. In that election, two rudimentary presidential parties--Federalists led by John Adams and Republicans led by Thomas Jefferson--took shape and squared off. Jefferson ultimately prevailed, but only after an extended crisis triggered by several glitches in the Framers' electoral machinery. In particular, Republican electors had no formal way to designate that they wanted Jefferson for President and Aaron Burr for Vice President rather than vice versa. Some politicians then tried to exploit the resulting confusion.

Enter the Twelfth Amendment, which allowed each party to designate one candidate for president and a separate candidate for vice president. The Amendment transformed the Framers' framework, enabling future presidential elections to be openly populist and partisan affairs featuring two competing tickets. It is the Twelfth Amendment's electoral college system, not the Philadelphia Framers', that remains in place today. Yet the Amendment typically goes unmentioned in standard civics accounts of the Constitution.

The election of 1800-01 also helped allay another early anxiety about a popularly elected President. At the Founding, some saw a populist Presidency as uniquely dangerous--inviting demagoguery and possibly dictatorship with one man claiming to embody the Voice of the American People. The dictator/demagogue concern was greater for a president than a governor, given the president's broader electoral mandate and status as continental commander-in-chief.

The biggest flaw in standard civics accounts of the electoral college is that they never mention the real demon dooming direct national election in 1787 and 1803: slavery.

At the Philadelphia convention, the visionary Pennsylvanian James Wilson proposed direct national election of the President. But in a key speech on July 19, the savvy Virginian James Madison suggested that such a system would prove unacceptable to the South:"The right of suffrage was much more diffusive in the Northern than the Southern States; and the latter could have no influence in the election on the score of Negroes."

In other words, in a direct election system, the North would outnumber the South, whose many slaves (more than half a million in all) of course could not vote. But the electoral college--a prototype of which Madison proposed in this same speech--instead let each southern state count its slaves, albeit with a two-fifths discount, in computing its share of the overall electoral college.

Virginia emerged as the big winner--the California of the Founding era--with 12 out of a total of 91 electoral votes allocated by the Philadelphia Constitution, more than a quarter of the 46 needed to win in the first round. After the 1800 census, Wilson's free state of Pennsylvania had ten percent more free persons than Virginia, but got twenty percent fewer electoral votes. Perversely, the more slaves Virginia (or any other slave state) bought or bred, the more electoral votes it would receive. Were a slave state to free any blacks who then moved North, the state could actually lose electoral votes.

If the system's pro-slavery tilt was not overwhelmingly obvious when the Constitution was ratified, it quickly became so. For 32 of the Constitution's first 36 years, a white slaveholding Virginian occupied the Presidency.

Southerner Thomas Jefferson, for example, won the election of 1800-01 against Northerner John Adams in a race where the slavery-skew of the electoral college was the decisive margin of victory: without the extra electoral college votes generated by slavery, the mostly southern states that supported Jefferson would not have sufficed to give him a majority. As pointed observers remarked at the time, Thomas Jefferson metaphorically rode into the executive mansion on the backs of slaves.

The 1796 contest between Adams and Jefferson had featured an even sharper division between northern states and southern states. Thus, when the Twelfth Amendment tinkered with the electoral college system rather than tossing it, the system's pro-slavery bias was hardly a secret.

Indeed, in the floor debate over the amendment in late 1803, Massachusetts Congressman Samuel Thatcher complained that"The representation of slaves adds thirteen members to this House in the present Congress, and eighteen Electors of President and Vice President at the next election." But Thatcher's complaint went unredressed. Once again, the North caved to the South by refusing to insist on direct national election.

How the Electoral College Hurt Women's Suffrage, As Well

The Founding Fathers' electoral college also didn't do much for the founding mothers.

In a system of direct national election, any state that chose to enfranchise its women would have automatically doubled its clout in presidential elections. (New Jersey apparently did allow some women to vote in the Founding era, but later abandoned the practice.)

Under the electoral college, however, a state had no special incentive to expand suffrage--each state got a fixed number of electoral votes based on population, regardless of how many or how few citizens were allowed to vote or actually voted. As with slaves, what mattered was simply how many women resided in a state, not how many could vote there.

In light of this more complete (if less flattering) account of the electoral college in the late eighteenth and early nineteenth century, Americans must ask themselves whether we want to maintain this peculiar institution in the twenty-first century.

After all, most millennial Americans no longer believe in slavery or sexism. We do not believe that voters lack proper information about national candidates. We do not believe that a national figure claiming a national mandate is unacceptably dangerous. What we do believe is that each American is an equal citizen. We celebrate the idea of one person, one vote-an idea undermined by the electoral college.

Of course, it remains possible that a system with dirty roots nevertheless makes sense today for rather different reasons than the ones present at the creation.

This article was originally posted at Findlaw.com and is reprinted with permission.

The key flaw today in the process of choosing the U.S. president -that the popular vote winner can still lose- results from winner-take-all provisions, which effectively disenfranchise millions of voters. Winner-take-all is enshrined in neither the Constitution nor the 12th Amendment, nor, to my knowledge, is it closely related to either slavery or the erstwhile electoral subjugation of females. Giving ALL of a state's electoral votes to the majority candidate does, however, magnify the importance of big states over little states and of big political parties over little political parties, thereby promoting big and expensive (and voter-intelligence-insulting) ad campaigns, a lucrative revenue source for big media. This may explain why the winner-take-all practice is so rarely discussed.