When Will We Be Ready for the Real Harriet Tubman? 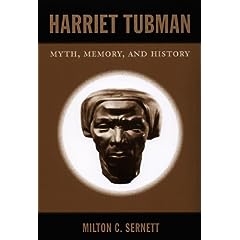 In the late 1930s, Earl Conrad, the young crusading journalist who thought of himself as a neo-abolitionist, nearly broke his health and his pocketbook trying to find a publisher for his book manuscript about Harriet Tubman. A fistful of rejection letters confirmed Conrad’s premise that Americans had consigned “the greatest heroine of her age,” as Tubman was once called, to amnesia’s dustbin. Then Carter G. Woodson, founder and director of the Association for the Study of Negro Life and History and editor of the organization’s publishing arm, Associated Publishers, came to the rescue. Woodson published Conrad’s Harriet Tubman in 1943. The dedicatory note read that the book was “the one that the white publishers would not issue.”

Today Harriet Tubman is everywhere. There are more books for children about her than any other African American historical figure. Her name is given a place of honor on postage stamps, street signs, public schools, community institutions of one kind or another, and products ranging from coffee mugs to clocks. A varied host of special interest groups invoke her name. Creative spirits in film, painting, sculpture, music, theater, and other artistic venues celebrate her. Discussions continue about legislating a public holiday to honor her, and the National Park Service is contemplating ways to bring sites associated with her life under its sponsorship. Surveys indicate that Harriet Tubman ranks higher in having affected the world “for better or worse” (in this case “better”) than Princess Diana, the Beatles, Ronald Reagan, and Jonas Salk. Many Americans of all ages and racial/ethnic identities seem to think that Harriet Tubman is synonymous with Black History month.

There is a curious irony in all of this. Conrad complained that his America had forgotten the one called Black Moses. Today we might say that Harriet is too famous to be known, that is to say, too iconic a figure to be appreciated as a historical figure worth serious study by a public interested primarily in extrapolating (some might say exploiting) what coinage there is in the symbol. In that jumble of history, myth, and memory that comprises what we think we know about her, we are often unwilling to sort fact from fiction.

Not until 2003 and 2004, some sixty years after Woodson published Conrad’s book, did professionally trained historians give Tubman’s life serious attention. Thanks to the fine work of Kate Clifford Larson (Bound for the Promised Land: Portrait of an American Heroine, 2004) and Jean Humez (Harriet Tubman: The Life and the Life Stories, 2003), we now have a much richer and more authentic understanding of the woman behind the iconic symbol.

While conducting research for my book Harriet Tubman: Myth, Memory, and History (Duke 2007), Tubman enthusiasts told me stories about her that need no serious historical investigation. We can dismiss out of hand notions that Tubman is buried in Ohio, had a child with a Native American while in Canada, and led “thousands” to freedom. Here are some of the substantive corrections to the Tubman myth:

Unfortunately, good history takes time to change public perceptions. Authors of books about Tubman for children continue to mythologize her in ways that do not measure up to recent research findings, and others present their versions of “Harriet redux” as if we had made no progress since Sarah Bradford took up her pen to sketch a small tribute to Tubman in 1868 (published in 1869 as Scenes in the Life of Harriet Tubman) and Woodson published Conrad’s 1943 biography of Tubman.

Tubman has led a double life in the American memory—as self and symbol. Unfortunately, the symbolic or iconic use of Tubman has overpowered our appreciation and understanding of her as a historical figure. I suspect that the iconic Tubman and the historical Tubman will continue to coexist in the American collective memory. To those who view the findings of recent Tubman scholarship disquieting, as if demythologizing the larger-than-life or symbolic Tubman somehow diminishes her, I say look again. As Tubman prophetically reiterates, “Ever’ shut-eye ain’t sleep; ever’ good-bye ain’t gone.”

Carter G. Woodson set a high standard for what is now being called “black history” when he fought for recognition of the second week of February as “Negro History Week.” We honor him and Harriet Tubman by continuing to search for and tell the story of the woman behind the myth.

milton, congratulations on finishing that work -

old delta mythmaker looking forward to reading it, picking up a few pointers on how its done