Is It Really Wise to Expand the FBI's Investigative Techniques? 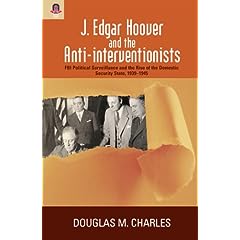 According to recent reporting by the Washington Post, in October 2008 FBI officials plan to expand their arsenal of investigative tools in the fields of crime detection, intelligence collection, and counter-terrorism. Within weeks, with little more than rumor as the basis of their probes, FBI agents will be allowed to spy on Americans using the techniques of physical surveillance, confidential informants, and conducting interviews without divulging their identities as FBI agents. Additionally, with authorization from either the president or director of national intelligence, FBI agents will be able to collect intelligence within the United States on behalf of allied foreign intelligence organizations.

History has shown us that, during periods of crisis, perceived threats are often subjected to intensive scrutiny while national security officials are given or, own their own, use techniques exactly like those FBI officials plan to implement within weeks. In this limited space, I’d like to offer a few examples of these techniques and what resulted from their use. For more detailed information on them, one may consult my recent book on the subject J. Edgar Hoover and the Anti-interventionists: FBI Political Surveillance and the Rise of the Domestic Security State, 1939 - 1945 (Columbus: The Ohio State University Press, 2007).

First, physical surveillance. Physical surveillance is exactly what it sounds like: FBI agents following targets, watching them, taking notes, and filing reports on their targets’ activities. During the 1939-45 period, on his own authority but with no White House complaints, J. Edgar Hoover’s FBI monitored President Franklin Roosevelt’s “isolationist” foreign policy opposition and Hoover reported a good many of his findings to administration officials. Among the investigative techniques FBI agents used was physical surveillance.

In late 1941 FBI officials were alerted to an alleged assassination threat leveled against the president by an America First Committee member of New York named Ethel Brigham. Brigham also spoke of a rumor that if Roosevelt took the country to war, a group with 500,000 members calling itself the One Gun Club would rise up in revolt. Given this information, the basis of which was pure rumor, FBI agents placed the Brigham family on what they called “loose surveillance,” which is to say physical surveillance. This physical surveillance included following Ethel Brigham to a Broadway play where she reportedly spouted off in a loud voice some anti-Roosevelt invective. More than that, FBI officials also won authorization from the Justice Department to establish a wiretap on the family’s telephone, an action that, despite authorization, violated the 1934 Federal Communications Act. In the end, none of the alleged threats panned out and, instead, FBI agents gathered only what they described as “valuable” political intelligence on Roosevelt’s critics — plans of the America First Committee and others, anti-Roosevelt rhetoric, and various problems his critics faced — that they then shared with administration officials.

In a second example of the use of physical surveillance, FBI agents intensively monitored the activities of the world-famous aviator, and dedicated Roosevelt critic, Charles Lindbergh. In the spring of 1941 FBI agents attended an America First Rally in Philadelphia where Lindbergh was the principal speaker. According to their own report, the FBI agents “circulated in the crowd without revealing their identities to anyone.” FBI agents took note of who spoke at the rally and they described for their superiors the demeanor of the listeners as “orderly, though enthusiastic.” Their overall conclusion, however, was that the America First Committee “was gaining in strength.” At the rally there was no law violation, no foreign intelligence, and no terrorist activity; only political dissent.

FBI agents also routinely used informants in their quest to monitor President Roosevelt’s political opposition. The examples are too numerous to cite here, but the Brigham and Lindbergh investigations also involved informers. Using information gleaned from their wiretap of the Brigham family, FBI agents cultivated an informant out of a woman whom FBI agents learned had had a heated argument with Ethel Brigham. This upset woman was contacted by FBI agents, agreed to cooperate, and offered them a long list of the Brigham’s acquaintances. This list was then forwarded to the White House because, according to rumor overheard from the wiretap, the Brighams knew someone who visited the White House biweekly and could be used to deliver messages to the White House. With Lindbergh, FBI agents used an informant in the Ford Motor Company who was able to offer them a copy of a private letter Lindbergh had written to Henry Ford. The letter interested FBI agents because its content revealed Lindbergh’s “sentiments in connection with the international policy of the United States Government.”

These examples were just the beginning of the FBI’s systematic use of such techniques. As the United States morphed from the Second World War to Cold War, the FBI’s employment of these investigative techniques significantly expanded and, indeed, they added others to their arsenal. After decades of abuse Congress reigned in the Bureau while the attorney general laid down investigative guidelines in an attempt to avoid investigative abuses. These guidelines are what will be changed (again) in October — not that the FBI’s investigative power already hasn’t significantly expanded since 9/11 — and without proper oversight it is entirely likely, and will be easy, for FBI agents again not to focus on security threats but political ones.

The FBI is the American Stasi. What difference is there between a National Security Letter and the dreaded "midnight knock" on your door? Infiltrating anti-war protester groups, eavesdropping on telephone calls and reading your mail (electronic or otherwise) and so on, it's all just plain wrong, regardless of the contrived legality of the matter.

There is no moral justification for the state, it is merely the biggest gang with the most guns, and if fear of "Terreh" isn't working to control the masses, they'll simply resort to naked coercion to keep us all dutifully paying our taxes. Whatever it is they're codifying now, they've been doing for years, and the program has gotten big enough that they can no longer hide it, so they need the fig leaf of some new "rule" or "guideline."

Do you think these people recognize any limit to their power? No! Not now, nor ever, until the people mount some kind of effective resistance and give the bastards a taste of their own medicine. I know I'd give my left testicle to see the lot of these incorrigible gangsters up on the paddock, answering for their crimes to a jury of their victims. Maybe then, justice would be done.

And to the previous commenter:

"The Constitution is just G—D— piece of paper!"