Ed Brooke, Barack Obama, and the Color of American Politics

Mr. Sokol is the author of There Goes My Everything: White Southerners in the Age of Civil Rights (Alfred A. Knopf). He teaches history at the University of Pennsylvania. 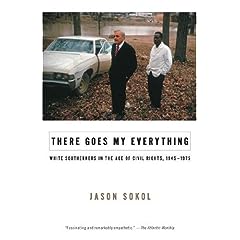 Barack Obama may “make history,” but he is not without forerunners. To those who listen closely, the echoes of Edward Brooke’s run for the United State Senate – forty-two years ago – can be heard today.

There were African Americans in Congress before Brooke – the Reconstruction politicians whose stories Philip Dray recently recounted in Capitol Men – along with two senators and two governors after him. But Brooke was the first African American to gain political office with a majority of white votes.

Brooke, a Republican, campaigned in a Massachusetts that was 97 percent white and overwhelmingly Democratic.

A Washington native and Howard graduate, Brooke fought in an all-black regiment during World War II before earning his law degree at Boston University. His first foray into Massachusetts politics, a 1960 run for secretary of state, resulted in a close defeat. That autumn, Brooke campaigned from small Berkshire towns to North Shore fishing villages. He mused, “Some of our voters haven’t even seen a Negro. They will have to meet me and be reassured that I’m not an ogre.” When Obama traversed the cornfields of Iowa and the snows of New Hampshire earlier this year, similar thoughts could not have been far from his mind.

In a 1962 run for attorney general, Brooke promised to root out the corruption that had long sullied the state government. He vowed to clean up Beacon Hill, much as Obama pledges to transform the culture of Washington. And with that message of change, Brooke won the election.

Brooke was the same age as Obama, forty-seven, when in 1966 he ran for the Senate. While campaigning against former Governor Endicott “Chub” Peabody, Brooke downplayed his own race. “I think I have become color-blind,” he told a Life reporter. “If all those people, an 800,000 plurality, are color-blind, it’s wonderful.”

Here was an attempt to transcend race in a year when urban riots flared, the civil rights movement ambled toward a post-Selma direction, and the white backlash grew into a political force. Although Brooke claimed to sidestep such issues, his bumper stickers featured the slogan: “Proudly for Brooke.” Some Massachusetts whites bristled at the prospect of electing the first black senator since Reconstruction; others were indeed proud to have that chance.

When asked about race in a televised debate, Brooke recounted his amiable travels around the state. “As I…shake the hands of people and look into their eyes I do not see evidence of any backlash.” Yet after Stokely Carmichael visited Boston, Brooke lost ground in the polls. Mounting cries of “Black Power” forced him to confront the issue of race, just as the controversy over Jeremiah Wright triggered Obama’s great speech in Philadelphia. In a radio address, Brooke displayed little of Obama’s eloquence. Instead, he lumped Carmichael together with Lester Maddox, denouncing them as “the extremists of White Power and Black Power.” Brooke crafted a cautious racial message, and aimed it straight at the hearts and minds of white voters.

Brooke’s opponent refused to race-bait. Peabody, proud of his own civil rights record, provided no electoral outlet for the white backlash. Voters were not whipped into frenzies on the campaign trail; few whites thirsted for blood.

Issues of war and peace also weighed on voters’ minds. While Peabody backed Lyndon Johnson on Vietnam, Brooke voiced vague doubts about the war. His political coalition melded the small Republican base with African Americans, racial liberals, anti-war activists, and suburban moderates. But Brooke, like Obama, faced persistent suspicion in bastions of the white working class.

On Election Day, Brooke triumphed with nearly 60 percent of the vote. Newspapers and magazines hummed with approval. The BostonGlobe invoked a legacy that included the Pilgrims, Daniel Webster, and Charles Sumner, offering the Bay State as the nation’s racial and political pioneer.

Journalist Carl Rowan was among the unconvinced. For whites, voting for Brooke became “a much easier way to wipe out guilt feelings about race than letting a Negro family into the neighborhood or shaking up a Jim Crow school setup.” Polling numbers lent credence to Rowan’s unease. They showed that only 23 percent of Massachusetts residents approved of a statewide school integration law; just 17 percent supported open housing.

Yet a majority of white voters pulled the lever for Ed Brooke.

Obama faces a taller task than Brooke, and a much different one. Obama’s message must resonate beyond Massachusetts – below the Mason-Dixon line and west of the Mississippi River. And although 2008 presents us with a very different political and racial world than 1966, Brooke’s campaign anticipated Obama’s in some crucial ways: from the prodigious obstacles Brooke confronted to his unique interracial appeal.

White voters may well elect a black president on Tuesday. They also know that a vote for Obama will do little to integrate their child’s classroom or to desegregate their neighborhood. This is the source of deep frustration for many Americans; to others it comes as a sweet relief.