Booker and Barack: What Can Obama Learn From Booker T. Washington?

Mr. Beito is a professor in the Department of History, University of Alabama, and author (along with Linda Royster Beito) of Black Maverick: T.R.M. Howard’s Fight for Civil Rights and Economic Power (2009). Mr. Bean is a Research Fellow at The Independent Institute and author of Race and Liberty: The Essential Reader (2009)

More than a century ago, the preeminent black leader of his time made a prophecy that has come to pass. When blacks had little hope, Booker T. Washington stood alone in predicting that one day a black man would be president of the United States. Almost all Americans at the time would have considered this an absurd impossibility. Yet history has proved Washington right. 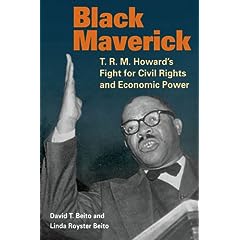 In many ways, Barack Obama would find a kindred soul in the president of Tuskegee, the largest black college of its time. Like Obama, Washington came from mixed parentage and grew up in modest circumstances. Washington had a white father (who he never knew) while Obama’s black father more or less abandoned him. Both were raised almost entirely by women who had a tremendous influence on their work ethic and life goals.

Each overcame these early disadvantages by obtaining an education through grit, determination, and some measure of luck. From an early age, both were comfortable in the presence of powerful whites. As he grew to manhood, Washington anticipated Obama’s remarkable ability to reassure whites and forge cross-racial alliances. This description of a young Obama as community organizer could easily apply to Washington as he created Tuskegee: “Personality-wise, Barack did not like direct confrontation. He was a nice young man, very polite.... But challenging power was not an issue for him. Lack of civility was.” Obama by his behavior followed Oliver Wendell Holmes’s dictum, often quoted by Washington, that “Controversy equalizes fools and wise men - and the fools know it.”

Each man sought the end goals of interracial reconciliation. In predicting that a black man would sit in the oval office, Washington, like Obama, showed himself to be a man of profound “hope.” Blacks as a whole revered Washington to the same degree as they now do Obama. In 1908, a neutral observer wrote that nearly all good black homes had Washington's picture "over the fireplace with a little framed motto expressing his gospel of work and service."

Like Obama, Washington was a skilled diplomat to the wealthiest of Americans. Obama counts among his allies billionaires Warren Buffett and Bill Gates; while Washington was a confidant of Andrew Carnegie and John D. Rockefeller. Washington not only won their friendship but persuaded them to open their pocketbooks, thus making Tuskegee one of the largest colleges in the South - just as Obama’s campaign coffers gushed with unprecedented wealth. 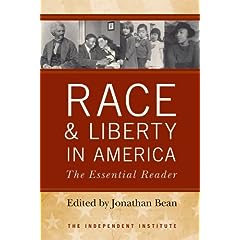 Despite the many similarities, the philosophical worldviews are profoundly different. Washington repeatedly emphasized that thrift was the basis of advancement. “You cannot plant a tree in air,” wrote Washington, “and have it live.” The secret of success was to shun excessive debt, delay gratification, and “learn the savings habit; until we learn to save every nickel and every dollar that we can spare.” Washington’s strategy eventually paid off. Without Washington, it is hard to imagine the rise of the black middle class in the 1950s. It was this middle class, often the product of black colleges founded on the Tuskegee model, which made the civil rights movement, and thus President Obama, possible in the first place.

While Obama sometimes sounds like Washington in praising personal self-reliance, he has committed his administration to a massive borrow-and-spend policy. In words that would stun Washington, Obama pledges a “blood infusion [of spending] to the patient right now to make sure that the patient is stabilized, and that means that we can’t worry short-term about the deficit.” To our growing debt and spending of trillions, he appears ready to add trillions more.

Like most men of his time, Washington did not believe that anyone could spend their way to success. Progress ultimately rested on a solid foundation of hard work, thrift, and production. Excessive debt, especially without the means to repay it, only created a trap leading to more debt and regress. It is doubtful that Washington could imagine the endless bailouts of our own day. They certainly would have appalled him.

It would be a great tragedy if Obama’s administration, which starts with such hope and promise, ends in disillusionment because he “planted trees in the air” and left future generations with promissory notes from the present, to be paid by our children and grandchildren.