The Swine Flu and Historic Memory

Ms. Prescott, Ph.D., is Professor of History, Central Connecticut State University. She is the author of Student Bodies: The Influence of Student Health Services on American Society. Ann Arbor: University of Michigan Press, 2007. She blogs at: Knitting Clio. 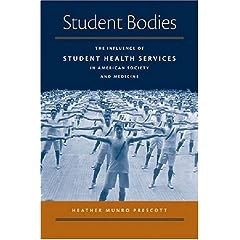 Last month I attended the annual meeting of the American Association for the History of Medicine, an organization "devoted to the study of all aspects of the history of the health professions, disease, public health, and related subjects." By the end of the weekend, the emerging swine flu epidemic was the hot topic of conversation. Some discussed stocking up on anti-viral medications, while a few wondered whether they should rent cars rather than risk getting exposed to the virus on an airplane.

It has become something of a truism, reinforced by Alfred Crosby’s work, that the 1918-1919 event was America’s “forgotten” pandemic. Yet, it is difficult to believe that the worst pandemic in modern human history was “forgotten” by those who lived through it. The readiness with which the 1918-1919 is invoked whenever a new plague appears on the scene also suggests the event continues to play a significant role in our nation’s historic memory. Who owns that memory and how they use it have shifted considerably over time.

Carol Byerly’s Fever of War: The Influenza Epidemic in the U.S. Army during World War I  (New York University Press, 2005), demonstrates how the Medical Department of the American Expeditionary Forces was the “primary architect of the nation’s memory of the influenza epidemic of 1918” (p. 179). Byerly argues that the Medical Department deliberately crafted a collective “national amnesia” by portraying the pandemic as an exception to the overall march of progress in medicine and public health in the early twentieth century.

Professional historians tended to accept this progressive model of medical history, instead focusing their scholarly attention on the massive death and destruction caused by the Great War. Moreover, physicians claimed ownership of medical history, declaring that training in medical science was a prerequisite for accurately interpreting the profession’s past. These experts were naturally more concerned with discovering the cause of the epidemic and investigating methods for averting such catastrophes in the future than in understanding the social and cultural impact of the 1918-19 outbreak.

In their introduction to The Spanish Influenza Pandemic of 1918-19: New Perspectives (Routledge, 2003), Howard Phillips and David Killingray describe the impact of this narrow scientific focus on the historiography of the epidemic. They argue that it was not until the Asian flu pandemic of 1957 reawakened memories of the earlier pandemic that broader scholarly interest in the social history of the disease emerged. Popular military historian Adolph Hoehling’s The Great Epidemic (Little Brown, 1961) was the first to fully explore the social history of the 1918-19 epidemic in the United States. Global histories such as Charles Graves’ Invasion by Virus. Can it Happen Again? (Icon, 1969) and Richard Collier’s The Plague of the Spanish Lady (Macmillian, 1974), appeared after the Hong Kong flu pandemic in 1968-69.

By far the most influential work, though, was Alfred Crosby’s award-winning Epidemic and Peace 1918 (Greenwood, 1976). Released in the midst of the 1976 swine flu epidemic, Crosby’s book marked the beginning of an explosion of local and regional studies of the 1918-19 pandemic by professional historians around the world.

Meanwhile, scholars trained in history departments, rather than medical schools, took interest in what became the “new” social history of medicine, which examined the interrelationship between medicine and the social environment. Like social history more generally, patients and clients, not great doctors, became the focus of historical inquiry.

Among the most significant findings of this new line of historical scholarship has been the ways in which prevailing social hierarchies based on gender, race, and class shaped patterns of health and disease. In the case of the 1918-19 pandemic, historians have found that mortality rates were highest in developing countries and among indigenous populations in North America, Australia, and New Zealand who due to geographic isolation had little immunity to the influenza virus.

Studies of industrialized countries show that contrary to Crosby’s claim that influenza “by and large killed the rich as readily as it did the poor,” the pandemic took its greatest toll among impoverished residents of inner cities, who lived in crowded conditions that fostered rapid transmission of the virus from person to person. These same individuals were seldom able to afford timely medical care. Even worse, they lacked access to basic utilities such as indoor plumbing that allowed wealthier individuals to wash their hands and bathe regularly to avoid infection.

Medical historians have also demonstrated that there are important lessons to learn from early twentieth-century public health strategies. The Influenza Digital Archive, created by Howard Markel and Alexandra Minna Stern from the Center for the History of Medicine at the University of Michigan, offers valuable information on non-pharmaceutical interventions (NPI) employed by communities that managed to escape the 1918-19 relatively unscathed. It also provides a rich archive of primary sources for teachers and students to explore the impact of the epidemic on local communities within the United States.

This plethora of recent scholarship has yet to have a significant impact on the “master narrative” of U.S. history, however. Authors of U.S. history textbooks tend to forget the 1918-19 pandemic, or at best, relegate it to a side bar in a chapter on the First World War.

This neglect is unfortunate. As OAH Magazine of History editor Kevin Byrne writes in his foreword to the issue on Medicine (Vol. 19/No. 5, 2005), themes in medicine, health, and health care provide an excellent way to engage history students by allowing them to study “an element in history that is analogous to present-day experience” (p. 3).

Such students should avoid making too close a comparison between past and present. There are many differences between our contemporary situation and that of the early twentieth century. These differences are both good and bad: on the one hand, we now know that influenza is caused by a virus, and we have more effective medical treatments to combat this microorganism and the secondary infections that often accompany it. On the other hand, modern systems of transportation have accelerated the speed with which diseases are spread around the world. The internet allows experts to rapidly transmit information about the spread of contagion, while also clogging email boxes with misinformation and ads for dubious alternative remedies.

A careful historical analysis also allows students to recognize the ways in which health disparities and social prejudices continue to shape our society’s response to epidemics and other public health crises. Some examples from our current swine flu epidemic include the readiness with which diseased foreigners – in this case Mexicans, not Germans – are blamed for the disease. What historian Nancy Tomes describes as the “private side of public health” and the commercialization of the “gospel of germs” is nicely illustrated by the speed with which face masks, antibacterial hand gels, and various other personal hygiene products have flown off the shelves of pharmacies and big box department stores.

Additionally, the ongoing debates about personal responsibility and public provision of medical and health services can be enhanced by asking how these concepts are understood and applied in cases of epidemic disease. As in the past, those at the economic margins are unable to afford adequate health care and preventive measures. Moreover, because many lack paid sick leave, cannot observe recommendations to stay home if they are ill.

Regular exposure to concepts in the history of medicine and public health, therefore, allows students to place catastrophes like the 1918-19 within a longer history of public health and social response to disease. The press will no doubt forget the earlier pandemic when it is no longer relevant to current circumstances. It would be a shame if historians followed their example.