Here's What Is New in Our Latest Fight with China 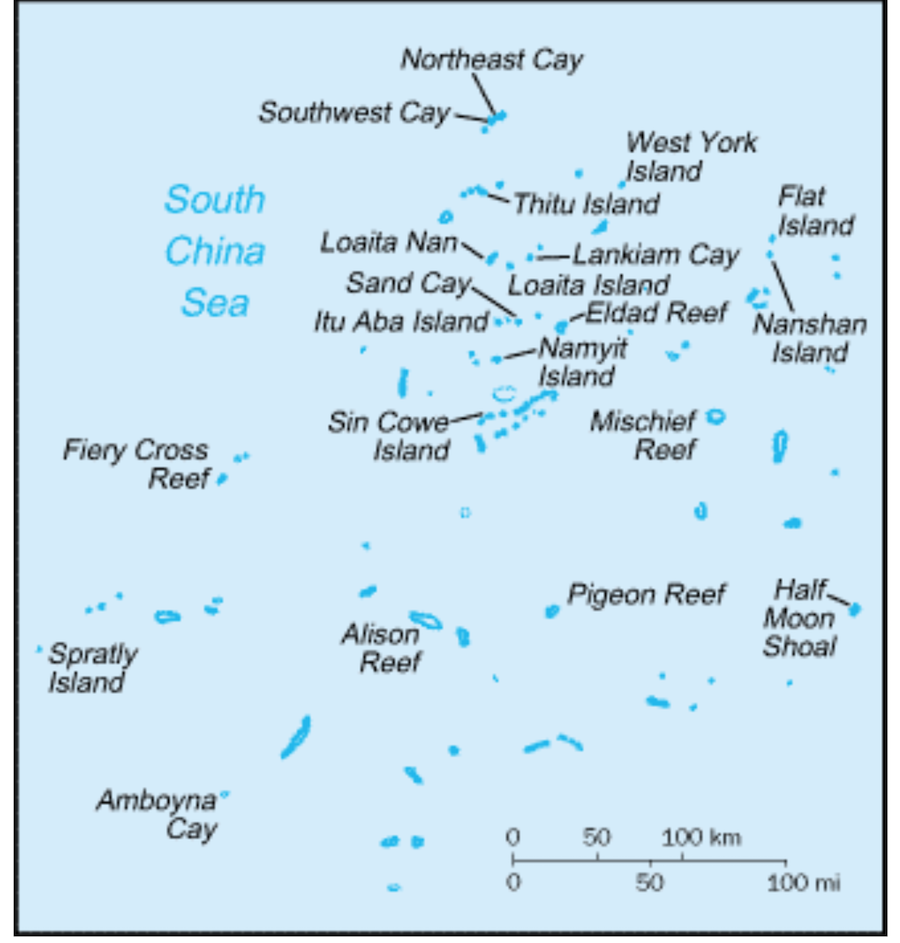 MythicAmerica explores the mythic dimension of American political culture, past, present, and future. The blogger, Ira Chernus, is Professor of Religious Studies at the University of Colorado at Boulder and author of Apocalypse Management: Eisenhower and the Discourse of National Insecurity.

You may not recall that a United States Navy warship recently took a brief cruise past the Spratly Islands in the South China Sea, to show that the U.S. disputes China’s claim to the islands. You may not have heard about it at all. Though top leaders of both nations are still talking about it -- and talking tough, suggesting that the the incident may presage future conflict -- the news came and went here in the U.S just as quickly as the USS Lassen’s trip past the islands itself.  Now it’s largely forgotten. Who know what’s going on in those islands? And who really cares?

It all reminds me of one of my earliest political memories: John F. Kennedy and Richard Nixon, in the 1960 presidential campaign, vigorously debating about U.S. policy toward Quemoy and Matsu, two tiny islands off the coast of China. I didn’t know what was going on in those islands. I suspect most Americans didn’t really know either.

But we all knew why they mattered: They had become the latest symbolic battleground in the Manichaean struggle we called the cold war. We had a simple mythic framework of good versus evil to make sense out of every disputed spot in the world, no matter how obscure or unimportant the place itself.

The Spratly Islands are just as much terra incognita now, for most Americans, as Quemoy and Matsu were 55 years ago. But when we turn to our mass media to find out why the Spratly Islands matter, we don’t find the story told with the same rigid moral dualism. Maybe that’s why the story could come and go so quickly.

Certainly America and its allies in the region remain the good guys in the tale. There is a consensus that we and the world face danger from Chinese “expansionism.” But exactly why is that dangerous? The old bogeyman of “global communism” no longer works as an answer; the fact that the Chinese government is, at least officially, communist now often goes unmentioned. The old cold war tone of absolute good versus absolute evil has been softened considerably.

In fact it is easy enough to conclude, from U.S. mass media reports, that the Spratly Islands conflict is essentially an old-fashioned geopolitcal struggle between two great powers. It’s easy to get the impression that the U.S. is defending its status as the world’s Number One superpower. The U.S. response sounds much like a boxing world champion facing a tough young challenger for the title. The champ works out very publicly, sending frequent PR releases and taunting jibes from the training camp, just to make sure the challenger knows who is still Number One.

Most news reports also mentioned the rich potential deposits of oil and natural gas beneath the Spratly Islands and their surrounding waters. Old-fashioned geopolitics readily blends with old-fashioned competition for resources as a reasonable explanation of what’s going on.

Do I hear the ghost of Reinhold Niebuhr applauding us from the grave? In his 1952 classic, The Irony of American History, the influential American theologian lamented his nation’s penchant for framing its foreign relations within the Manichaean myth of good versus evil. We always see the enemy as a nation grasping for more domination of people and resources, he pointed out, but we never admit that we, too, are motivated not by morality but by self-interest. The irony, Niebuhr warned, is compounded when our self-righteousness leads us into policies that end up hurting our own self-interest. Niebuhr lived just long enough to see his warnings fulfilled most dreadfully in Vietnam.

Does the Spratly Islands incident show that we Americans have grown up since 1960? Are we finally ready to admit that we play “the great game” as avidly as all those nations we have labeled “evildoers” for so long?

Well, not so fast. The Spratly Islands caused only a ripple in our public awareness. But we are paying frequent, avid attention to the Syrian civil war. And the rhetoric coming from the Obama administration, loudly ampliifed by the mass media megaphone, still sees that war through the lens of the familiar dualistic mythology. We and the (rather hard to find) Syrian “moderates” we support are presented as absolutely good. The Islamic State (or ISIS, to use our favorite, oddly persistent, acronym) is absolutely evil. So is the alliance of Bashar al-Assad’s Syrian army and the Russian forces dispatched by Vladimir Putin.

Pitted against our goodness, those two starkly opposing forces might readily merge in Americans’ minds, simply because they share in common the fundamental quality of pure evil. The Manichean myth, and the strange tricks it plays on our minds, are still very much alive.

True, Secretary of State John Kerry is negotiating with his Russian counterpart to seek a resolution of the Syrian conflict. But negotiating with evil enemies was a tradition well developed during the cold war. It began when the Vietnamese civil war was supposed to have been settled at Geneva in 1954. That may not be a memory the Obama administration would like us to dredge up now, since within two years the U.S. had effectively scuttled the Geneva settlement, paving the way for nearly twenty years of war in Vietnam. Still, it’s worth remembering that Americans are accustomed to negotiating with the representatives of what they see as pure evil. Of course they expect the outcome to favor the interests of the purely good; that is, the Americans.

If we step back and take a global view, it appears that the United States now applies its familiar dualistic mythic framework selectively: While we remain wholly good, some of our opponents are still absolutely evil, but others are merely “expansionist.”

One sign of the difference: In the U.S. mass media, Russian and Syrian policies are always presented as the nefarious doings of one man—Putin or Assad—so that we know exactly which malevolent person to blame, while the name of China’s leader remains widely unknown, since he is so rarely mentioned. Since the days of King George III, Americans have typically seen the doings of nations they labeled purely evil as the deeds of a single individual. It is so much easier to cast a person as the devil than a nation. Blaming a whole nation (like China) takes us perilously close to the image of global geopolitics that “realists” like Niebuhr have promoted, suggesting that “it’s just what all nations do.”

Why does communist China escape with the epithet of mere “expansionism,” which can place its wrong-doing so easily in the mythic frame of “realism”? Perhaps, when it comes to China, the Obama administration and the U.S. mass media have given up the moral dualist myth because nowadays it would simply cost too much. The American economy is dependent on China in too many ways. And there is already plenty of nervousness abroad in the land about depending so heavily on such a relatively evil country. If that perception of evil were transferred from the relative to the absolute category, the cognitive dissonance might be too much to bear. Our economic ties to China might fray beyond repair, leaving us—well, who can predict?

When Franklin D. Roosevelt wanted to justify his wartime alliance with the French fascist leader Darlan, he cited (or invented) “an old Bulgarian proverb”:  “It is permitted you, my children, in time of danger to walk with the Devil until you have crossed the bridge.”

But suppose the bridge—in this case, our endlessly complex economic links with China—has no end? Better, it seems, to decide that this Satan is no longer really such a devil after all. He has become an “expansionist.” Of course “expansionism” is still an evil of a sort and, in the persisent common wisdom, America remains untainted by any evil. So we must invent this third mythic category, “expansionism,” which lies not beyond but between absolute good and absolute evil.

It’s an interesting case study in how mythic narratives and symbolic terms are rather easily reshaped to fit changing needs, and how little attention that reshaping often receives. But such seemingly small, and thus unnoticed, changes can have big consequences.

If American reporting on the Lassen’s trip past the Spratly Islands is any indicator, the new mythic category may end up pushing us, however subtly and unwittingly, toward questioning the common wisdom of our perfect goodness. And the Spratly dispute shows no sign of ending soon. So we may have to get used to a new, more “realist” stage in our nation’s mythic self-understanding, if only to keep our position as the world’s wealthiest nation. Do I hear the ghost of Reinhold Niebuhr chuckling from the grave? How ironic.