Governing With an Evenly Divided Senate is a Rare Tightrope Act 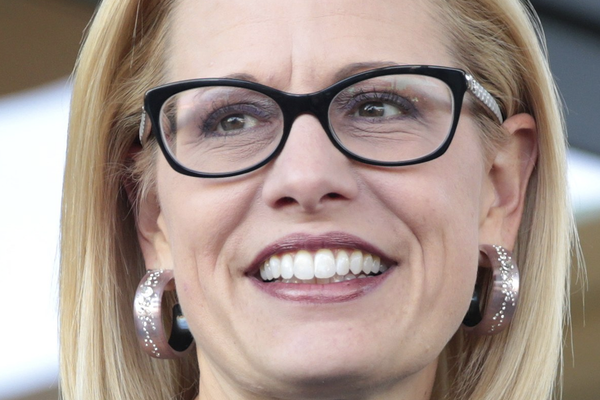 Sen. Kyrsten Sinema (D, AZ) may ultimately decide how much legislation passes the Senate before the midterm elections.

Today, America has, for the fourth time, an evenly divided US Senate. Already this has complicated the ability of President Joe Biden and the Democratic Party to accomplish their goals.  Senate Democrats need party unity in an unusually urgent way. Passing most legislation under current Senate rules is blocked by the ability of the Republicans to filibuster. While 50 Democrats plus Vice President Kamala Harris could vote to change the rules, two party moderates, Joe Manchin of West Virginia and Kyrsten Sinema of Arizona, have been prominently opposed to changing the filibuster despite Republican obstructionism.

The tactic of budget reconciliation has allowed the passage in March of the “American Rescue Plan,” and may be pursued for the “American Jobs Plan,” the much-debated infrastructure bill, due to constant refusal of Republicans in the Senate to present a counterproposal close enough to the Biden Administration plan to begin real bipartisan negotiation.  Another major initiative, the “American Families Plan,” a major federal initiative promoting education, healthcare and child care by raising taxes on individuals who earn more than $400,000 in income and on corporations, also faces political barriers.

It is becoming apparent that only modifying or removing the filibuster, which requires a 60 vote supermajority to move legislation toward a final vote (and thus allows a minority faction to control legislation), will make it possible to accomplish such ambitious goals, the greatest since the Great Society or the New Deal. Likewise for Biden’s goals for civil rights, gun regulation, voting rights, climate change, immigration, the minimum wage, criminal justice reform, and education.  What’s more, Biden faces another opponent in the calendar; Republicans are betting on the filibuster continuing to prevent Democrats from passing potentially popular legislation before the midterm Congressional elections in 2022, which historically favor the party opposed to the president.

The average age of current US Senators is 63. Five Senators are older than 80, 25 are in their 70s, and 18 of these 30 Senators are Democrats. There is also concern and alarm over the fact that if one of those 18 Democrats should become incapacitated or die, the Republican Party would hold a majority of the Senate.

The Senate has been evenly split three times in the past, with the 83rd Congress (1953-1955) covering the first two years of the Eisenhower presidency being the most chaotic.  In January 1953 the Senate had 48 Republicans, 47 Democrats, and Independent Wayne Morse of Oregon.  Three senators died in 1953, and six died in 1954, a total number never reached before or since that time. After the death of Senate Majority Leader Robert Taft of Ohio, on July 31, 1953, the Democrats had more members for nearly a year, until July 7, 1954.  However, while Independent Wayne Morse had left the Republican Party, he agreed to caucus with them to keep their majority. The Democrats would not be able to take over leadership in the 83rd Congress.  However, in 1955, with the Democrats controlling the Senate by one vote, Morse finally joined the Democratic Party, although he voted in an independent fashion.

Seven decades earlier, the 47th Congress (1881-1883) convened with 76 Senators from 38 states. With the Democrats and Republicans evenly divided, the two Independents divided their party support. Republicans could rely on the vote of Chester A. Arthur, the vice president under James Garfield, to break the tie. Arthur’s ascendancy to the presidency in September 1881 after Garfield’s death by assassination made the Republican hold on the Senate more tenuous as the vice presidency remained vacant for the remainder of Arthur’s only term, and the Senate elected presidents pro tem from within their ranks.

Most recently, the 107th Congress (2001-2003) under President George W. Bush saw party control of the US Senate switch a total of three times in a two year period.  The Republicans controlled from Inauguration Day on January 20, 2001 until June 6, 2001, when Republican Senator Jim Jeffords of Vermont became an Independent and agreed to caucus with the Democrats, switching the Senate from a 50-50 tie to 51-49 Democratic control.  It would remain that way for the rest of the two years in the Senate, although technically, with the Senate out of session, the Democrats lost the majority. Minnesota Senator Paul Wellstone died in a small plane crash on October 25, 2002, and interim Senator Jean Carnahan of Missouri was defeated at the polls that November.  Her husband, Mel Carnahan, had been elected posthumously to the Senate in 2000, three weeks after he was killed (also in a small plane crash), and she was appointed to the seat until the next regular Congressional election in 2002. Since the Senate was not in session or doing any important business in November and December 2002, the party switch had no consequences.

One must hope that the aging Senate will not see the loss of members of either party, but a death could be politically significant, depending on the timing and the partisan affiliation of the deceased.  History suggests the Democrats, the party in the White House, are likely to lose seats and thus control of the Senate in the 2022 midterm elections.  But two thirds of the seats coming up for election are now held by Republicans, and a number of veteran Republicans are not running for reelection. The Democrats could defy that pattern, win seats, and achieve a solid majority in the Senate for the third and fourth years of the Biden term.  Having a record of popular legislation will be essential in that effort. If the Democrats can’t accomplish enough through reconciliation, scrapping the filibuster may be their only chance.