Why Do So Many Americans Hate Politics?

Thomas Patterson is the Bradlee Professor of Government & the Press at Harvard University's John F. Kennedy School of Government. The article is derived from his The Vanishing Voter (Knopf, 2002). 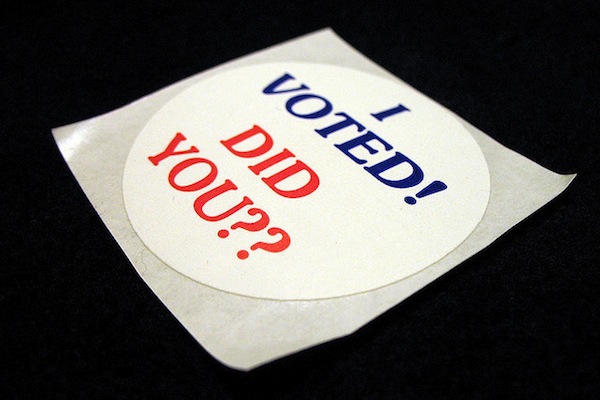 In last week's first installment of this five-part series, I discussed how changes in the political parties have contributed to the decline in voter involvement during the past four decades. That decline extends to voting in primary and general elections and to attention to televised debates and other forms of election communication.

In this installment, I describe how changes in campaigns politics have diminished the appeal of elections. Evidence for this argument comes from the Vanishing Voter Project (www.vanishingvoter.org) that I co-directed at Harvard University's Shorenstein Center on the Press, Politics and Public Policy during the 2000 campaign. Through weekly national surveys, we interviewed nearly 100,000 Americans during the course of the campaign to discover why they are disengaging from elections.

The Rise of the Unsavory Campaign

In the 1950s and 1960s, control of election campaigns shifted rapidly from the political parties to the candidates, largely because of television and refinements in techniques of mass persuasion. Americans were initially thrilled by the chance for a close-up look at the candidates and their campaigns. Theodore H. White's The Making of the President, 1960 topped the best-seller list

However, Americans have come to dislike nearly everything about modern campaigns. The new style has brought out aspects of politics that were once largely out of sight. Ambition, manipulation, and deception have become as prominent as issues of policy and leadership. Elections are supposed to energize the electorate. They are not supposed to ruin one's appetite, but that's the best way to understand much of what Americans now see during a campaign and why they don't have much taste for it.

Negative campaigns are as old as the Jefferson-Adams race of 1800, but today's version has no historical parallel. The volume is unlike anything that has gone before. "You can't compare a nasty quote about Thomas Jefferson," says one-time presidential speechwriter Richard Goodwin, "with the intensity and penetration [of today's attacks]." Candidates have discovered that it is easier in many situations to attract swing voters by tearing down one's opponent than by talking about one's own platform. Research indicates that negative advertising has more than tripled since the 1960s. Such ads now account for well over half the ads featured in most presidential and congressional races.

Our Vanishing Voter surveys indicated that a cumulative effect of negative politics, campaign after campaign, is a reduced interest in elections. Attack politics wears some people down to the point where they simply don't want to hear about campaigns. On the average day during the 2000 campaign, Americans who believed that negative messages are a defining feature of U.S. elections were less likely to discuss the campaign and to pay attention to news about it. The differences were not large, but they occurred across the course of the campaign. Day in and day out, those who believed campaigns are akin to mud wrestling were less attentive to the campaign, even when levels of education and income were controlled.

Today's campaigns are also characterized by promises-endless promises. Unlike their predecessors in the age of party-centered politics, today's candidates are unable to campaign on broad statements of principle within the context of a reliable base of party loyalists. Today's candidates build their followings by pledges of support to nearly every conceivable voting group. The changing nature of party platforms tells the story. Whereas platforms were once declarations of broad goals and ideals, they have become promissory notes to special interests. The 1948 Democratic and Republican platforms were less than 3,000 words in length. By the 1980s, they had exceeded 20,000 words.

An effect of this relentless flow of campaign promises is a public wary of taking candidates at their word. In our Vanishing Voter surveys during the 2000 campaign, the large majority of respondents felt that most politicians will say almost anything to get themselves elected. Respondents who held this opinion had a significantly lower voting rate than other respondents. They were also less likely to talk about the campaign and to follow news about it.

Modern-day politics also exalts personality, increasing the likelihood that personal blunders and failings will loom large in campaigns. Through the 1972 presidential election, personal controversies did not receive even half as much news coverage as did policy issues. Since 1972, they have received nearly equal time. Even a short list indicates just how salient they have become: Gerald Ford's blundering statement on Eastern Europe, Jimmy Carter's "lust in my heart" Playboy interview, Geraldine Ferraro's tax returns, Gary Hart's affair with Donna Rice, Dan Quayle's assault on the fictional Murphy Brown, Bill Clinton's relationship with Gennifer Flowers, and Al Gore's Buddhist Temple appearance. The revelation in 2000 that Bush had been arrested a quarter century earlier for drunken driving dominated the headlines in the closing days of the campaign. The incident got more coverage on the evening newscasts in a few days than did all of Bush and Gore's foreign policy statements during the entire general election.

Although startling revelations can perk up a campaign and draw people to it, citizens do not particularly like the prominence they have attained. In our surveys, most respondents felt that political campaigns today seem more like theater or entertainment than something to be taken seriously. Those who held this opinion were less likely to discuss election politics and to attend to news about it.

The length of the modern campaign is also a turnoff for many Americans. Through the first half of the twentieth century, presidential candidates often did not begin to campaign actively until after the summer conventions. That approach changed completely in 1972 when the parties mandated that delegates be selected through primaries and open caucuses, which pushed the start of the active campaign into the winter months. In our 2000 election surveys, respondents repeatedly expressed displeasure with the campaign's length. The long campaign also numbed people to the point where many tuned it out. A week before the 2000 Republican national convention, only one in five Americans respondents knew it was only days away. Not surprisingly, a large share of those who did end up watching the Republican convention did so only because they stumbled across it while channel surfing.

Americans' disenchantment with campaigns is not the major reason for their declining participation rate, but it is among the reasons. Unsavory campaigns also leave a sour taste even with those who do vote. In the concluding week of the 2000 campaign, when asked whether the campaign had been "rather depressing, that it hasn't been nearly as good as a campaign should be" or whether it had been "uplifting, that it made [you] feel better about elections," respondents in our survey said by more than two to one that the campaign had been "depressing."

We may not dislike politics so much as we distain those who practice the craft. Sometimes when watching CSPAN, my only reaction is, “God, I’m helping pay for this”. We have a pretty self aggrandizing group up there.

These are pretty cynical times. We have one party who has unwisely brought us into war, and another whose success is dependent on us losing that war. When all is said and done it will be interesting to hear the spin. We may all need Devil’s Dictionaries to sort out what is being said.

Add to this that Americans just don't have the time and energy they did in 1960: now both spouses in a marriage have to work and they are probably working longer hours than people worked then. Some might argue that people are working harder as well. Frazzled people will probably find electoral politics hard to take after dealing with workplace politics all day.

Also, at least according to one measure (a study reported on in the American Prospect a few years ago), our news media report in a much scandal-mongering fashion than it did 40 years ago. If politics is covered in this manner, who will be able to take it seriously?

I think there is a very real reason why Americans hate politics, why they don't vote, and why negative campaigning has evolved and is commonplace today. The reason for all three goes to the fact that government has become to overwhelmingly big, and governance has become too complicated for the overwhelming majority of us to follow and understand.

All you have to do to see my point is to look at any of the recent bills passed by Congress. Most bills voted on were most likely not read in their entirety personally by any of the Congress or Senate who voted on them. Legislation is seen as an opportunity to stick anything and everything in the pot to appease the legislators' local special interests, having nothing to do with the so-called stated purpose of the legislation.

For example, your congressman might say he is a fiscal conservative. He might even say how he voted against this tax increase of what have you. But how many new taxes, fees, licenses, higher tariffs, etc., did he really vote for? The average person cannot know what is buried in all this legislative soup.

He might say he is pro-business, but how many new regulations and mandates did he vote for on business? How will you ever know without researching every single vote yourself?

What about the operations of the scores of government agencies that also wreak havoc on our society? These elected politicians are supposed to oversea the operations of these agencies and asure the public that they do not overstep their mandates and abuse their authority. The average citizen knows that this is not the case.

One could make a case that the average non-voter is more attuned to political reality than those of us who vote, realizing it does not really matter who they vote for, because they realize the end result will be the same regardless.

Is there a solution to this mess? I believe there is, but it does not lie in simply exercising one's right to vote and ending your political involvement there. This is where the discussion must go.

Mr. Patterson's article raises a tantalizing question which he has not posed but perhaps will, in a later installment.

If so-called negative campaigns contribute to Americans' declining participation rate in elections; then why do politicians run that kind of campaign?

My own view is res ipsa loquitur - "The thing speaks for itself." To discourage unpredictable prospective voters from going to the polls and voting. It isn't surprising that Republican politicians are more expert and extreme in their abilities and willingness to run negative campaigns. They know that the only way they can win modern elections is by including negative campaign tactics with their usual "strategies" of scaring people into voting against their own economic interest.

Of course, they and their surrogates here will deny this and seek to change the issue just as soon as they recover sufficiently from their momentary lapse of unreasonableness upon realizing that THIS message cannot be allowed to go unattacked.