In Defense of Transactional Presidents

Joseph S. Nye, Jr. is a professor at Harvard and author of Presidential Leadership and the Creation of the American Era (forthcoming from Princeton University Press in May) 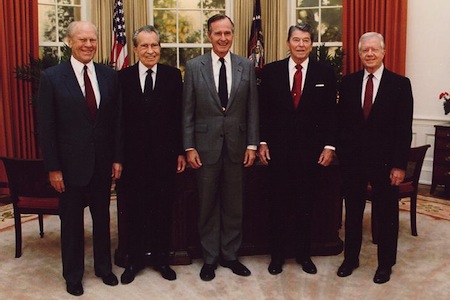 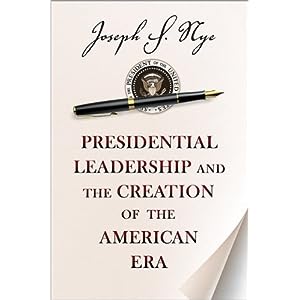 Many people assume that leaders with transformational objectives and an inspirational style are better or more ethical than leaders with more modest objectives and a transactional style. We tend to think of Woodrow Wilson, John F. Kennedy or Ronald Reagan as more impressive than Dwight Eisenhower or George H. W. Bush. Leadership theorists often dismiss transactional leaders as mere “managers.” But that is a mistake.

Transformational leaders provide an inspiring vision of goals which can help overcome self-interest and narrow factionalism in organizations and nations. They summon new and broader energies among followers. Groups and nations that are rent by cleavages and factions can benefit from a Gandhi or Mandela who raise people’s sights to a common cause.

Common causes, however, are not always more moral than individual interests. If a government official chooses to go to his daughter’s softball game on a Saturday afternoon rather than serve the public interest by working in the office, which is the higher need? When the transformational leader Mao Zedong rallied the Chinese people around collective interests in the Great Leap Forward of the 1950s and the Cultural Revolution of the 1960s, the result was millions of unnecessary deaths. Yet the distinguished leadership theorist James McGregor Burns cited Mao as a transformational leader in his seminal work in 1978. And although Burns considered Hitler a mere power wielder rather than a leader, Hitler certainly transformed Germany -- for the worse!

Two centuries ago, the newly independent American colonists had a transformational leader in George Washington. Nonetheless, they invented a very different type of institutional leadership when James Madison and other transactional leaders negotiated the Constitution and later explained it in the Federalist Papers. Madison’s famous solution to the problem of cleavage and faction was not to convert everyone to a common cause, but to overcome divisions by creating an institutional framework in which ambition countered ambition and faction countered faction. Separation of powers, checks and balances, and a decentralized federal system placed the emphasis on laws more than leaders. Even when a group cannot agree on its ultimate goals, its members may be able to agree on means that create diversity and pluralism without destroying the group. In such circumstances, transactional leadership may be better than efforts at transformational leadership.

One of the key tasks for leaders is the creation, maintenance or change of institutions. Madisonian government was not designed for efficiency. Law is often called “the wise restraints that make men free,” but sometimes laws must be changed or broken as the civil rights movement of the 1960s demonstrated. On an everyday level, whistle-blowers can play a disruptive but useful role in large bureaucracies, and a smart leader will find ways to protect them or channel their information into institutions like ombudspersons. An inspirational leader who ignores institutions or breaks them must carefully consider the long term ethical consequences as well as the immediate gains for the group.

Good leaders design and maintain systems and institutions. Well-designed institutions include means for self-correction as well as ways of constraining the failures of leaders. As the top legal officer of GE put it, a leader needs to create an institutional framework where “the company’s norms and values are so widely shared and its reputation for integrity is so strong that most leaders and employees want to win the right way.”

Poorly designed or led institutions can also lead people astray. Obedience to institutional authority can be bad at times. Several decades ago, a famous experiment at Yale encouraged students to administer simulated brutal electrical shocks to their colleagues, and a simulated prison experiment at Stanford also demonstrated the capacity of intelligent people to submit blindly to authority. The case of the Abu Ghraib prison in Iraq reminds us of the danger of poorly designed institutions. The Abu Ghraib guards were reservists without special training who lacked supervision and were given the task of softening up detainees. It is not surprising that the result was various forms of torture. The moral flaws were not simply in the prison guards, but also in the higher level guardians who failed to monitor adequately a flawed institutional framework.

Good analysis needs to remember that transformation is not enough. Good leadership is not merely inspiring people with a transformational vision, important though that can be, but also involves a capacity for creating and maintaining the systems and institutions that allow both effective and moral implementation. As I studied the presidents who were responsible for the creation of the American era during the 20th century, I discovered that some of the best were transformational in style and inspirational in objectives, but some were primarily transactional.

Consider the contrast between George H.W. Bush and George W. Bush. The father eschewed what he called “the vision thing” while the son proclaimed that he would be transformational and would not “play small ball.” Yet the father had one of the best (in both the sense of effective and moral) foreign policies, and the son had one of the worst records in the past half century. The son was transformational, but we did far better under the transactional father. Leadership analysts and historians should consider this difference before they assume the superiority of transformational leaders.