How to Write a Book Dedication

Vaughn Davis Bornet holds degrees from Emory University, the University of Georgia, and Stanford University and split his career between nonprofit and academic employment. He performed scholarly functions at an encyclopedia, a medical association, and a thinktank. He continues to engage in historical scholarship in Ashland, Oregon, since retiring in 1980 from what is now Southern Oregon University. 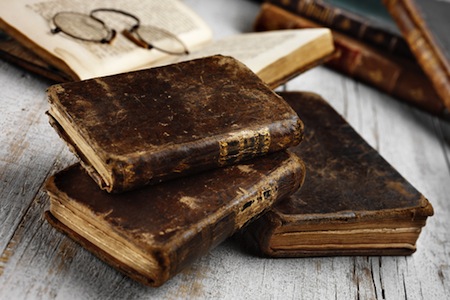 Let’s fantasize for a moment. That book draft, the one calling on you to sacrifice so much, is on the verge of being finished. Hooray! But wait:  shouldn’t there be a dedication -- to somebody or something? Researching and writing it was a highly personal act; nobody would blame you if you think, “The act of creation is mine -- all mine." The moment is one for euphoria! Every author owes a debt to somebody. ... If you believe the final product turned out, well, brilliantly, maybe it’s dedication time.

This essay could easily have consisted of random recall of the dedications in various volumes by the famous on my personal shelves. But then I would have had little or no idea why the author chose the personality he honored. In lieu of that recital, I’m offering instead, a rumination rooted in my own book dedication decisions over the years (self-serving though it may seem to be). The result is a panache of how and why I handled the dedication situation each time one of my books drew to an end.

Not really a very good example of the genre, as it happens, is my first book, a big one with 110 tables and a hundred pages of summarized legislation, California Social Welfare (1956). Because it was for a private nonprofit research and study club (the Commonwealth Club of California), I was surrounded by the concerns of important leaders and subject to existing customs among men of affairs. Under the circumstances, my acknowledgments had to be extensive and fulsome, but there could be no highlighted dedication to anyone.

My next book (in 1960), being an entirely foundation funded effort with the grant to me, offered the opportunity to sit quietly and review where I was and how I got there. Tempted to zoom in on one of my many professors of yesteryear, I went instead to an elderly leader with whom I had recently counseled throughout book number one, a kindly soul who for nearly half a decade had imparted to me what I knew to be sound wisdom. For my dedication of Welfare in America to John Earl Baker, an old China hand, I judged that he was “a warm friend and wise counselor.”Then came grandly, “Representative of the humanitarian tradition of the United States, he devoted his life to the administration of government and voluntary agencies formed to help the starving and homeless.” In this way was the book’s central message of an “American Pattern in Social Welfare” highlighted and reinforced.

Soon, a small but troublesome book I put together in a crisis awaited but could have no dedication. The Heart Future (1961) summarized and distilled several years of hard thinking by an American Heart Association leadership grouping (a Committee on Future Role). Our monthly meetings in New York City had revealed a variety of opinions and conclusions on the proper functions of “government” and “voluntary” bureaus and agencies in the evolving world of the 1960s. Consensus proved difficult to engineer. Although I was selected at project’s end and persuaded to draft our consensus manuscript as agent of this distinguished group, no personal dedication could be appropriate. Yet early on I did manage to thank the RAND Corporation in far off Santa Monica for donating my weekends on the committee and for financing the unexpected research and writing time I came to devote to the enterprise.

The opportunity to remember one’s major professor during years of study now finally arrived. My book on labor and radicalism, Labor Politics in a Democratic Republic, one that evolved out of my 1950-51 PhD thesis, was finally published in 1964. It bore a dedication to Edgar Eugene Robinson, longtime chairman of Stanford University’s historians. I referred gratefully (if a bit late) to his “suggestion, aid, and guidance,” adding that he had been “the source of my greatest inspiration.” I thought the encomium richly deserved, for our constant interaction had involved far more than those years of graduate school guidance at his hands.  Here was a tribute that vast numbers of youthful historians could echo as paralleling their own academic lives.

In the 1970s the team of Robinson and Bornet researched, wrote, and edited into being a complex volume entitled Herbert Hoover: President of the United States(1975). A wide variety of individuals were featured in the acknowledgments. There would be no conference by the authors on a possible dedication, however; there would be no conference. Each of us owed genuine debts to any number of cooperative academics for help in our years of frustration and aspiration. (His debt was to no less than the great Frederick Jackson Turner!)  Looking back, Robinson might well have thanked the God of Longevity.  As for me, then in my mid-fifties, I might well have inclined toward the God of Patience.

Next, I suffered a major heart infarction in 1977, delaying completion of a book contract with University Press of Kansas. It would  be during the holidays of 1983 when that book in the American Presidency Series finally saw publication (The Presidency of Lyndon B. Johnson). The more than seven years that went into the massive task of assessment (still the largest in the series, I believe) elicited from the tired author this heartfelt and flowery dedication: “To librarians and archivists everywhere, with special gratitude for the friendly services of the librarians of Southern Oregon State College in Ashland, Oregon.” The words certainly tried to convey a form of debt incurred repeatedly by countless scholarly authors all over the country.

My next book, though time consuming, was a juvenile; if dedicated, it would have been a futile gesture to the large and friendly dogs that had oriented him by 1991 toward ghostwriting one dog’s reactions in It’s a Dog’s Life and I Like It! My debt to various family pets did seem to have been eased with creation of that long account.

Next it seemed time for carving out a lengthy autobiography that dwelt on a career then four decades in duration. The title would be An Independent Scholar in Twentieth Century America. (1995). In lieu of dedication to another individual (or, jovially, to myself!), I carefully highlighted on that initially blank page these thoughtful words from an ancient Roman (Cicero): “Not to know what has transpired in former times is to be always a child. If no use is made of the labors of past ages, the world must remain always in the infancy of knowledge.” The author thus defiantly dared to justify his 383 pages of “autobiographisizing.” Cicero’s judgment should be better known in our profession, I think.

Late in the first decade of the new century I assembled, organized, and augmented a 154-page volume of public speeches on patriotic themes delivered in southern Oregon from 1963 to 2010. As I drafted and edited a brief essay of dedication and an intricate foreword for Speaking Up for America (2011) I went out of my way to recall by name -- for the first time after decades -- half a dozen professors from my undergraduate and graduate years.

Again, as often before, I expressed gratitude to my wife, Beth W. Bornet, who as it happened listened to all of his books read aloud in allegedly “final” drafts on the very eve of page proof finality. (Many a scholar could empathize.) Thanks also seemed appropriate, surprisingly, to those who had invited me to speak on all those public occasions. Individuals who read chapter drafts were thanked -- as is the case with virtually all authors. Said Thomas A. Bailey as to that (one day in private), “Vaughn, seek out your enemies to read drafts; your friends will not create the going over you need!” (1952)

A book of reminiscence “completed” several times as memory sharpened was Leaders and Issues at Southern Oregon College, 1963 to 1980. As finally completed in 2012, it dwelt for seventy pages on my years as division chairman, professor, and observer. It carried no dedication, for the intimate narrative treated controversial events long lodged in his memory. (Rather obviously, he was indebted to all those who helped and tolerated him during his years as college administrator, committee member, public speaker, and professor. Frequent redrafting caused the author to recognize, loner or not, that “no man stands alone” when recreating the past for many who are still alive.)

What has been here revealed and candidly admitted is by no means the whole story of an author’s gratitude to others over the years. Reflecting, I thought happily of presidential library directors and employees who were indispensible. An example was Tom Thalken, head of the Herbert Hoover Presidential Library, who opened doors at several key points  Then there was Herman Kahn of the Franklin D. Roosevelt Library at Hyde Park in its very early days (1952) who helped a pioneer from the far west.

Caretaker Florence Thorne at the AFL/CIO in the nation’s capitol could have said “no” to an inquisitive stranger from across the continent, and so could caretakers of archives all over the place. Morris Hillquit’s archives were pried out of their brown shipping boxes in front of him at Wisconsin Historical Society.   Archivists at Duke University opened recently purchased Socialist Party archives cheerfully. Rather personal Norman Thomas papers at New York Public Library were cooperatively made available. Week after week on annual trips from Oregon I got special service from the LBJ library staff. Such cooperation cannot often be highlighted in formal dedications, unfortunately. But scholars happily reveal absolutely essential favors in many a foreword to our books.

I feel certain that readers will see in this paean to dedications as an aspect of scholarship a special effort to highlight a nearly routine authors’ deed that is seldom subjected to scrutiny. I know for certain that the present companionable essay emerging easily for perusal in my ninety-sixth year is rooted in reality.

It is patently obvious that vast numbers of authors have found it downright pleasant to conclude the work of  years with an expression of gratitude. Seeing heartfelt thanks in print in that formal dedication inside the final binding may well be one of life’s key moments. Creative achievement is ending yet again!

No matter what reviewers or critical readers down the line may think, the drafting and publishing of a final dedication in the front of the final draft of a solid book is about as close as historians can come to an act that may just last for the ages.