It's Not You, Stonewall, It's Me

Wallace A. Hettle is professor of history at the University of Northern Iowa. He is the author of "The Peculiar Democracy: Southern Democrats in Peace and Civil War" and "Inventing Stonewall Jackson: A Civil War Hero in History and Memory." 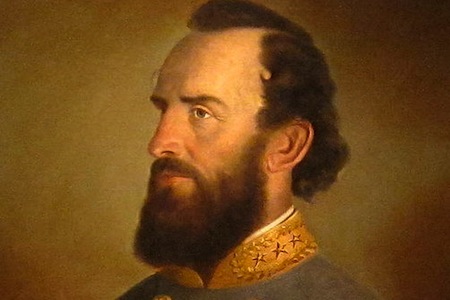 I still think of you fondly sometimes. I cared enough about you to spend eight years of my life researching and writing about you and your friends. In my opinion, I wrote a pretty good book: Inventing Stonewall Jackson:  A Civil War Hero in History and Memory. I examined the assumptions that shaped your historical image, and the ways that image morphed into popular cultural in the twentieth century. In this way, I raised some questions about you, and forced me to think hard about how biography works as a genre, often coming perilously close to historical fiction.

But I have news:  remember that straight-up biography of you that some of my colleagues said I should write as my next book? On the surface the idea looks good. I may write such a biography someday. Yet I know you would want me to be honest, so I will say it: I have been seeing other historical figures. In fact, several of them, including some antislavery politicians and abolitionists, seem downright attractive. If it seems inconsiderate to break up with you on the 150th anniversary of your death, I am truly sorry.

We have been together for a long time, and sometimes it has been a difficult relationship. First, I could never spend all of my time with you. As a full-time instructor at the Virginia Military Institute, you would know that few academics are full-time researchers.  After all, your overbearing college president nearly fired you for poor teaching.

In that environment it must have been galling to have undergraduates mocking your enormous feet, shabby clothing, and peculiar gait. I feel your pain. During the decade that I worked on my book, I wasted too much time answering emails from students who had not read their syllabi. Like you, I sometimes walk funny, and often bore my students. Thank goodness my feet are the appropriate size, and my clothing is always fashion-forward.

Part of my decision about you in based on the fact that you already had some able biographers. They, especially Prof. James I. Robertson, Jr., convincingly show that you were a brilliant general, the perfect complement to your boss, Robert E. Lee. Your soldiers could be unruly, and as you noted to General Richard Taylor, they straggled badly. But if any historian ever tries to diminish your reputation, remember this. Your Shenandoah Valley campaign was such a brilliant success that it will be studied for a long time. It still seems relevant, especially to armies that lack tanks, trucks, automatic rifles, air support, night vision goggles, drones, cell phones, and GPS.

Though they may not admit it, many good biographers are driven by either love or hate for their subject.  (They view things in black and white, in part because Fifty Shades of Grey is in a completely separate part of the book store.) I worry that biography lends itself to portrayals of the past as a Manichean struggle between good and evil.

So there you have it. I don’t love you anymore, and I guess that I never did. How can I conduct a decent “bromance” with a guy who would never join a freethinker like me for a beer? It may seem anachronistic to quote a recent advice book, but I’m “really just not that into you” any more.

I would not have to love you to write a book, though. Hatred works almost as well. If biography required affection for historical subjects, think of all the writers about Hitler who would be put out of work, reduced to serving as poorly paid “talking heads” in documentaries shown only on the History Channel. But I don’t think that I could work up a decent feeling of hatred for you.

Criticism of you might be in order, but that is not the same as hatred. You had two ridiculous nicknames, “Stonewall” and “Old Jack.” Couldn’t you just pick one? And you fought for the wrong side in a treasonous war to defend your right to own human property. In my neighborhood, that’s bad behavior. The people who call you a genius should remember that when you were accidentally killed by your own men it was your fault. Geniuses don’t ride at dusk in front of their own lines without setting up pickets. People who knew you well say you even wanted to fight under a black flag, signaling “no quarter” and guaranteeing atrocities. Your mistreatment of high-ranking subordinates such as Richard Garnett and A. P. Hill was unprofessional and inexcusable.

Yet I do not hate you. You make me laugh. You were unusually intelligent. Yet your moral certainty about everything, especially on questions where you are wrong, infuriates me sometimes. Clearly, I am of two minds here, and colleagues have told me that no biography titled “Stonewall Jackson:  I am Ambivalent about My Subject” will ever get much attention. So I must say goodbye. I have got to grab my chance to study someone who makes me feel special.