POLL: Have You Engaged with the History of Capitalism? 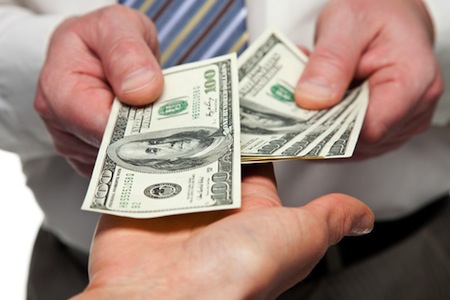 The New York Times' Jennifer Schuessler published a story in last Sunday's edition on the newfound popularity of the history of capitalism. "A specter is haunting university history departments," she wrote, "the specter of capitalism."

This new history of capitalism integrates social and cultural approaches to economic history and adopts a strictly post-Cold War mentality. Gone are hoary Marxist bromides and questions about why socialism failed to develop as a political movement in the United States; instead, the new generation of history of capitalism scholars -- those profiled in the article include Julia Ott, Bethany Moreton, Louis Hyman, and Stephen Mihm -- focus on the practice of capitalism by the people in the middle and at the top, melding a sound knowledge of math and economics with race and gender analyses.

A number of commentators on the Times article pointed out that the history of capitalism -- and economic history in general -- has been neglected for years by the historical academy, partly because of labor and socialist sympathies (one wrote that academics in the past have been "ashamed to present this topic to students because it was viewed, in part, as fostering capitalism and encouraging greed") and others because historians are notoriously nervous about math and hard data.

So, we're tossing it to you, our readers. Many of you are professional historians (and many of you are of the age where you trained at the height of the social/cultural trends of the 1970s). Did you take a course on the history of capitalism in college or grad school? Have you done research on capitalism from an economic, social, gender, racial, or cultural perspective? Has the prospect of statistics, regressions, and -- God forbid -- calculus kept you from exploring this subject? Take our poll and leave a comment below!