Fatima Ahmed-Farouta is an HNN intern and an undergraduate at New York University. 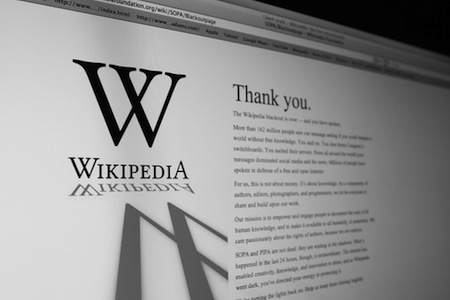 Wikipedia has a problem with women.

Statistics released by the Wikimedia Foundation point to a huge gender disparity in the ranks of contributors. Women only constitute approximately 15 percent of Wiki editors. This isn't a new problem -- a 2011 University of Minnesota study of gender ratios on Wikipedia came to the same conclusions, and noted that the Wiki gender gap hadn't changed significantly over the preceding five years.

This has real consequences in content -- if you're a historic female figure, good luck with a detailed Wiki bio, if you get one at all. Some women do have extensive biographies on Wikipedia -- Margaret Thatcher, Queen Victoria, and Marie Curie, for example -- but they all have something else in common, besides their gender: They're all white Europeans.

Roopika Risam and Adeline Koh, both postcolonial humanities scholars, decided to take on the digital global gender gap. Together, they created Postcolonial Digital Humanities, a website dedicated to questioning and creating dialogue on the ways postcolonial discourse has changed in Internet culture. Part of that project has working to close the gender gap on Wikipedia through the “Rewriting Wikipedia Project.” As Risam said in an interview, "the goal is not only to improve the representation of minorities and the marginalized on Wikipedia, but to also develop pedagogical materials for the integration of [the rewriting project] into the classroom."

As part of the project, Risam, who will begin as an assistant professor of world literature and English education at Salem State University in Massachusetts, and Koh, a professor of literature at Richard Stockton College in New Jersey, created the “Global Women Wikipedia Write-In” to change the gender disparity by writing and editing articles on Wikipedia, focusing primarily on non-Western women. The virtual event was held on Twitter on April 26, 2013 between 1:00 and 3:00pm Eastern time. Risam also took the time to create a Storify page to document the event.

Though the write-in was a digital event, five physical events were held at UCLA, Barnard College at Columbia University, the 2013 Humanities, Arts, Science, and Technology Advanced Collaboratory conference in Toronto, Foothill College in California's Bay Area and the Margaret Sanger Papers Project at NYU. The results was quite successful, according to the organizers. The write-in created eighteen new pages, and improved seventeen others. New articles profile such luminaries as Liu-Wang Liming (1891-1970), a Chinese feminist, suffragette, and advocate for the poor. Born in Taihu County in Anhui Province in central China. She aduating from Columbia University in the 1920s with a PhD in education, Liu-Wang returned to China and was an ardent voice for poor women and the disenfranchised in Chinese society.Her actions ran afoul of the Chinese Communist Party – she was labeled a “rightist” in 1957 and was imprisoned at the beginning of the Cultural Revolution for being an alleged American spy. She died in a labor camp in 1970. Liu-Wang was, however, recognized by the Chinese Communist Party posthumously in 1980 for her contributions to women’s issues.

Not all the new biographies end so grimly. Another subject of a new article was Mona Hatoum, a Lebanese-born Palestinian Arab woman who now calls London home. Hatoum ended up staying permanently in London after she was stranded there on a visit during the 1975 civil war in Lebanon, and then decided to continue her studies in art. Today, Hatoum is well-known in the art world as a feminist whose work finds ways to marry politics to the psychological and physical worlds. Her work has been featured in exhibitions such as The Turner Prize in 1995, and the Venice Biennale in 1995 and 2005.

Authors were also profiled by the write-in. Karen Lord, the Barbados-born author of fantasy and science-fiction, has a new – albeit brief – entry about her. With a degree in science from the University of Toronto, and a PhD in the sociology of religion from the University of Wales, Lord’s work features the retelling of Senegalese folklore, and Redemption in Indigo, won the Crawford Award in 2011, and was nominated for the World Fantasy Award for Best Novel.

Risam and Koh say they were thrilled when Karen Lord tweeted her thanks to them, in what could be a harbinger of things to come. Unlike Wikipedia, a full 60 percent of Twitter users are women.