Another Thomas Jefferson Tried to Eliminate Slavery in Virginia

This article is adapted from Thomas Fleming’s new book, A Disease In the Public Mind – A New Understanding of Why We Fought the Civil War. Part two of a three-part series (read parts one and two). 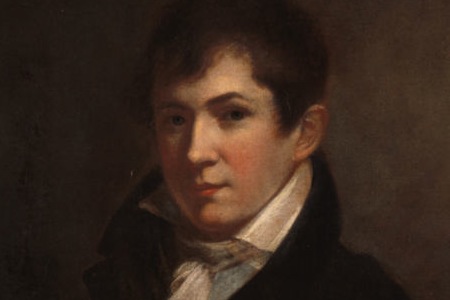 In 1833 Virginia was one of the nation’s three largest states, with 1,211,405 people, including 469,737 slaves. In over a dozen counties the bondsmen heavily outnumbered whites. Nat Turner’s 1831 rebellion had prompted Governor William Floyd to propose a select committee to examine “the subject of slaves, free Negroes and the melancholy occurrences growing out of the tragical massacre in Southhampton County.”

William Henry Roane, a grandson of Patrick Henry, submitted a petition calling for emancipation as a topic the committee should discuss. A violent debate erupted, with not a few lawmakers demanding that the subject be banned from the committee’s agenda. They claimed the mere mention of the word was likely to foment a larger and more horrendous replay of Nat Turner’s rampage.

Committee chairman William Henry Broadnax, a blunt-spoken slave owner from Dinwiddie County in eastern Virginia, was shocked by this proposed evasion. He asked the members if they wanted the rest of America to conclude that Virginia was unwilling or afraid to consider how to find “an ultimate delivery from the greatest curse that God in his wrath ever inflicted upon a people.” The legislature voted by a 3-1 majority to consider the Quaker proposal.

The lawmakers were flooded with pro and con petitions and resolutions. Emancipation was a topic that obviously stirred deep emotions. Once more the alarmists rose to demand an end of the discussion. Their slaves, one man warned, “were not unconscious of what was going on here.” There was no hope of finding a practical plan for freeing them.

A new delegate stepped forward with a plan. Six feet four, with massive shoulders, thirty-nine year old Thomas Jefferson Randolph was the founder’s grandson. He was deeply devoted to his grandfather’s memory. “Jefferson,” as the family called him, was in the midst of paying all the debts that the bankrupt Master of Monticello had left on his ledgers. It would take Randolph and his wife another twenty years of painful sacrifices but the money would ultimately be paid, to the last penny.

Randolph had run for the legislature to propose a gradual emancipation of Virginia’s slaves and realize his grandfather’s yearning to solve the problem that had tormented the last decades of his life. Another reason for his presence was the anxiety Nat Turner had stirred in Randolph’s wife, Jane. Like many Virginia women her age, a fear of slave violence had all but vanished from her mind. But Turner’s eruption had aroused her anxiety “to the most agonizing degree.”

In a way, slavery too was an inherited stain that Thomas Jefferson Randolph wanted to remove from his family’s escutcheon.

Another spur was a letter from Edward Coles, a Virginian who had written to Jefferson in 1814, urging him to lead a crusade against slavery. Jefferson had replied that he was too old to undertake such a huge task but assured Coles and fellow idealists of his generation that they had his blessing. Coles had transported his slaves to Illinois and freed them. Now Coles urged Thomas Jefferson Randolph to take the lead in ridding Virginia of slavery. It was a virtual command the younger man could not ignore.

Slowly, earnestly, Randolph presented his plan: Starting on July 4, 1840, all the slaves born in Virginia would become the property of the state government when they reached maturity. They would be hired out to earn the cost of transporting them “beyond the limits of the United States.”

It was not a convincing solution to the problem and Randolph’s speech left much to be desired in other ways. Later he would confess that the brave words that had marched through his head as he rose to speak had somehow vanished “as mist before the sun.” He had apparently inherited his grandfather’s limitations as a public speaker. The best he could do was close by reading Thomas Jefferson’s reply to Edward Coles, proving that he passionately wished to see slavery vanish from Virginia.

Another fierce debate exploded. Sharpening tempers was a not so secret division in the legislature between delegates from western Virginia, where slaves were few, and the east, where the original settlers had created large plantations, some with hundreds of bondsmen. To no one‘s surprise, the westerners were far more willing to consider a proposal to eliminate the evil institution. They did not even blink when one delegate called slavery a calamity and predicted Virginia was heading for a “servile” war with the extermination of one of the races the outcome.

The race war that had annihilated every white man woman and child in the French half of the island of Santo Domingo during Thomas Jefferson’s presidency was obviously still a nightmare in many Virginians’ memories. Spokesmen for the eastern delegates called Randolph’s plan “monstrous and unconstitutional.” Some of them claimed Virginia’s slaves were “as happy a laboring class as exists upon the habitable globe.”

At this point in the Industrial Revolution, these words were hardly a tribute to slavery. Workers in English and New England factories were toiling twelve hours a day for starvation wages. But it was a way of portraying slave owners as no worse than other businessmen.

Another eastern delegate rejected the whole idea of debating the “abstract” question of slavery’s morality. Didn’t these anti-slavery do-gooders know the nation’s founders had owned slaves? Not a word was said by anyone about George Washington freeing his slaves in his will -- evidence that this gesture had made little impact on the public mind, even in Virginia.

Finally Committee Chairman William Broadnax intervened. They were getting nowhere, he said. There was little chance of the committee endorsing a plan as explicit and far reaching as Thomas Jefferson Randolph’s. But he strongly disagreed with the delegates who were saying slavery should not even be discussed. It was agitating people around the world. Great Britain was in the midst of discussing slavery in her West Indies colonies -- a debate that ended in their peaceful emancipation.

Broadnax said he also disagreed strongly with the people who claimed slavery was not immoral. As it was practiced in Virginia, the institution was a “transcendent evil.” If anything was to be done about it, Broadnax continued, it had to meet three requirements: freed slaves had to be removed from the state as soon as possible; the inviolability of private property had to be respected; no owner should be forced to part with a slave without “ample compensation” for his or her value. Thomas Jefferson Randolph’s plan did not pass this test. Broadnax dismissed it as “nauseous to the palate.”

The committee chairman now revealed his own agenda. He thought there was little hope of figuring out what to do about the state’s hundreds of thousands of slaves. It was more important to find a solution to Virginia’s 50,000 free blacks, who were far more dangerous. Many of them could read and write, and they had access to anti-slavery literature. He recommended a program to deport 6,000 free blacks a year to Liberia, an African state created by the American Colonization Society. That would take only a decade, and the cost would be minimal -- even a bargain, compared to buying the freedom of the slaves. It would give the legislators time for further thought about the problem of the enslaved blacks.

With very little further discussion, the committee accepted the chairman’s solution. Their report’s preamble declared it was “inexpedient” for them to enact any legislation for the abolition of slavery. A wry western delegate jumped up to recommend changing “inexpedient” to “expedient.” The motion lost by 15 votes. Thomas Jefferson Randolph was one of the few eastern delegates who voted for it.

The preamble -- and by implication the entire report -- was accepted by a vote of 67-60, with Randolph again voting against it. Not a few people were amazed by the closeness of the vote. A shift of opinion by four delegates would have defeated the measure. The legislature spent most of the next weeks concocting a plan to force free blacks to leave Virginia, either by the colonization route, or migration to a free state. The plan was a fantasy that made a joke of the term free blacks. As many legislators may have suspected, it would never be acted upon.

Watching this reversal of his hopes, Thomas Jefferson Randolph became more and more distressed. He finally exploded in a speech that was reprinted in the Richmond Enquirer. He scoffed at this attempt to make another slave insurrection unlikely. Without any hope of freedom for themselves or their children, Virginia’s slaves were certain to revolt on a scale far larger than Nat Turner’s berserk band.

That would mean civil war, Randolph predicted, and an invasion of Virginia by a northern army. In their ranks would be black troops, determined to achieve “the liberation of their race.” There would be no place for white Virginians to hide when that happened. Nothing would save “your wives and your children from destruction.” Those latter words make it dolefully clear that Randolph too was in the grip of his grandfather’s race war nightmare.

Thomas Jefferson Randolph went back to Albermarle County, determined to continue his fight for gradual abolition in his grandfather’s name. He stood for the legislature again, and defeated a former U.S. congressman who ran against him on a proslavery platform. But Jefferson soon grew discouraged and abandoned his emancipation campaign.

Forty-two years later, in a bitter letter written after the Civil War had reduced him and his family to poverty, Thomas Jefferson Randolph told how Virginia had been inundated with an avalanche of abolitionist propaganda that revealed a “morbid hatred of the southern white man” and blackened his character “with obscene malignity.” Soon enraged Virginians would not tolerate a discussion of how to eliminate slavery.

The hope for a rational debate about how to solve Virginia’s -- and the nation’s -- most grievous problem had vanished forever.