Is Colorado's Institution for the Homeless Willowbrook Redux? 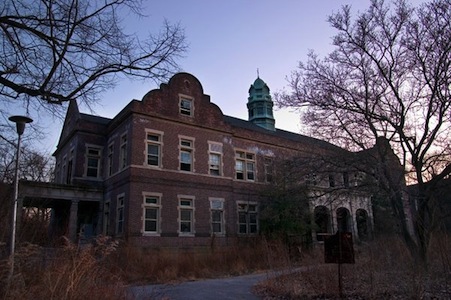 Colorado could benefit from a history lesson. With Governor John Hickenlooper having just repurposed Fort Lyon, a former Veterans’ Administration hospital most recently used as a prison, for a homeless rehabilitation program, Coloradans should recall the experience of the Willowbrook State School, the institution famously described by Senator Robert Kennedy as a “snake pit.”

At first glance, there is not much in common between Fort Lyon and Willowbrook. In an effort to address homelessness, particularly among veterans, Fort Lyon will house up to three hundred chronically homeless individuals, providing them with vocational training and supportive services for substance abuse and mental illness. After at least one year of residency at Fort Lyon, participants will be eligible to receive a Section 8 housing voucher.

In contrast, seventy-five years ago in New York State, the plan was to construct an institution for “mental defectives” who were deemed best situated in a residential facility. The Willowbrook State School began accepting residents in 1948, and over the years, the resident roll grew, exceeding the facility’s capacity. By 1960, state officials announced that Willowbrook was the “largest treatment and care center for the mentally retarded in the nation.” Yet, the numbers continued to increase: by April 1963, Willowbrook had over 6,100 patients.

With “cure” not a possibility, Willowbrook’s developmentally-disabled residents, who ranged from infants to the elderly, were intended to receive high quality care and whatever therapies were available. However, due to chronic overcrowding and understaffing, Willowbrook was largely unable to meet its charge. After a surprise visit to Willowbrook, Senator Robert Kennedy declared himself “shocked and saddened,” stating “that conditions such as those I saw should exist in this great state is a reproach to us all.” Kennedy’s report generated a flurry of activity, concern, funding, and reform, but the response was ultimately insufficient to ameliorate the substandard conditions at Willowbrook. Understaffing and overcrowding continued, as did its ramifications – undertreatment, neglect, injuries, and deaths. It was not until 1972, that an expose by Geraldo Rivera, then a reporter at a New York television station, galvanized ongoing protests, investigations, staff reassignments, legal proceedings, and, in time, the closing of the facility. With Willowbrook providing clear evidence of the many ills that could accompany institutionalization, the scandal provided a strong push toward community placement for both the developmentally disabled and the mentally ill.

With the repurposing of Fort Lyon into a facility for the chronically homeless, all that is old is new again. Just as institutionalization was viewed, in the early twentieth-century, as a step forward for dealing with developmentally-disabled individuals, in Colorado institutionalization is being touted as a humane and effective means for addressing a chronic problem: in this case, homelessness with its common co-factors, mental illness and substance abuse. Some of the language being used to describe the Fort Lyon effort, particularly the recurring claim that relocation from urban areas to the rural environs of southern Colorado will be beneficial in of itself, directly calls upon ideas prevalent in the early twentieth-century. There are other similarities, as well. Willowbrook could not offer its developmental-disabled residents cures, only therapy. Likewise, Fort Lyon cannot offer the chronically homeless a “cure,” although it intends to provide medical care, counseling, and job training in a multifaceted effort to prepare program participants to join the ranks of the formerly-homeless. Most poignantly, in both cases residents come from populations, the developmentally-disabled and the homeless, that are relatively powerless, commanding little attention or concern from the community at large and not easily able to capture public attention to voice their perspectives or concerns.

To be clear, Colorado is certainly not intending to repeat the experience of Willowbrook, and there are important distinctions between the two. While Willowbrook residents were typically institutionalized by their parents or guardians, under the Colorado plan, all homeless participants will be volunteers. Furthermore, while entry to Willowbrook was typically for life, residence at Fort Lyon would be temporary, a precursor to formerly homeless participants’ re-integration into their chosen communities.

It is not fated that Fort Lyon will become another Willowbrook; that the new institutionalization will repeat the problems of the old. And it must be acknowledged that deinstitutionalization has not been all that advocates hoped for: far too often, community placement of the mentally ill and developmentally disabled has simply rendered them all-but invisible and thus deprived them of the resources and support that they need. Yet it bears recalling that the inhumanity that was on display at Willowbrook stemmed not from malicious intent but from a chronic lack of funding, attention, and political will. In an uncertain financial climate and in a political environment where an array of forces are working to scale back governmental commitment to social services, Willowbrook’s lesson – that grievous harm can come to those we are trying to help when we do not provide necessary resources – may be more relevant to Fort Lyon than we would like to think.