What the Washington Post Gets Wrong About Boomer Suicides

Leonard Steinhorn is a professor of communication and affiliate professor of history at American University, where he teaches courses on politics, strategic communication, recent American history, and the presidency. He is the author of the much discussed book on baby boomers, "The Greater Generation: In Defense of the Baby Boom Legacy," and co-author of the critically acclaimed "By the Color of Our Skin: The Illusion of Integration and The Reality of Race." During the 2012 election he served as a political analyst for CBS News. He is a member of HNN's advisory board. 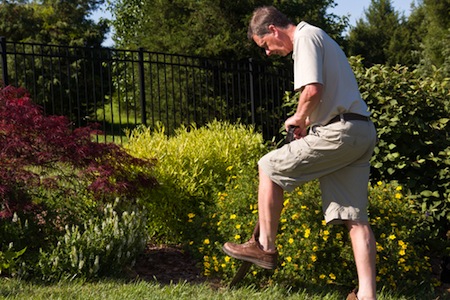 "How did a generation that started out with so much going for it end up so despondent in midlife?"

So asks the Washington Post in its recent front page story, "Why the sharp rise in suicides by boomers?"

The Post supports its claim by drawing on a report from the Centers for Disease Control (CDC), which shows that the suicide rate for many boomers in 2010 was significantly higher than it was for people the same age eleven years earlier. Most compelling, writes the Post, is that the 2010 suicide rate for men in their fifties was "nearly 50 percent" higher than that of men who were in their fifties in 1999, rising from about 20 to 30 per 100,000.

The problem: as with so much journalism about baby boomers, it's not only misleading but built on a flaccid foundation of inaccurate history, bubblegum sociology, and generational stereotyping.

First, the facts. In 2010, there were almost 42 million boomers aged 50 to 59 in the United States, 21.5 million of them men. Among these fifty-something men, 6,217 took their own lives. Thus approximately 0.03 percent of boomer men in their fifties committed suicide in 2010. Women take their own lives at a much lower rate, so when their numbers are added in, 0.02 percent of all boomers 50 to 59 ended their lives that year.

So on the basis of twenty or thirty suicides per every 100,000 boomers in their fifties, one of our nation's leading daily newspapers concludes that the boomer generation is "so despondent in midlife."

In defense of the Post, a spike in the suicide rate for any cohort is indeed newsworthy, and 50 percent sounds like a big number. But to suggest a generational zeitgeist based on an additional ten suicides for every 100,000 boomers is not only a journalistic stretch but a sociological absurdity.

These numbers show no pattern besides a rising suicide rate for all Americans throughout the first decade of this century -- and therefore no grand conclusions about boomers.

Perhaps even more risible is the explanation the Post offers for its claim that the entire baby boom generation is having a difficult time coping with adversity and age.

Essentially, the Post asserts that a generation that grew up amid "a limitless array of possibilities" is unable to cope with setbacks and disappointments.

"Perhaps a little more adversity in youth could have helped prepare them for the inevitable indignities of aging," the Post writes, adding that boomer anxiety today may be compounded by the sense that the world is far more treacherous than when they were young. "Then, the communist threat and the atom bomb loomed large, but they were distant and abstract; attacks like the ones on the World Trade Center and the Boston Marathon have changed this paradigm."

So let's see, boomers growing up faced negligible adversity and only "distant and abstract" perils, right?

I suppose that's true if you erase from boomer history the Vietnam War, which the Post article doesn't mention. There was nothing distant or abstract about Vietnam, which claimed the lives of more than 58,000 Americans, wounded hundreds of thousands more, divided our country, tore college campuses apart, threatened millions with conscription, exposed soldiers to unspeakable brutality, and turned countless boomers into opponents of a government that was prosecuting an unjustified and unjustifiable war.

The Post's claim also would hold up if we expunged from our history assassinations, Southern terrorism against civil rights workers, Kent State and Jackson State, urban race riots, police brutality against anti-war protesters, and the stagflation of the 1970s that greeted boomers with 10 percent unemployment, 15 percent inflation, and 18 percent mortgages. How were these "distant and abstract"?

Then there's the problem of context, particularly the fact that the CDC study used 2010 as its benchmark year, a peak moment of unemployment in an economic downturn that most economists have called the worst since the Depression.

Indeed a little bit of digging might have uncovered a 2011 peer-reviewed article in the American Journal of Public Health, which found that suicide rates "generally rose during recessions and fell during expansions," with those in their prime working years – which in 2010 encompassed most boomers – "most at risk during recessions." A 2012 article in The Lancet, the esteemed British medical journal, actually calculates how many more suicides resulted from the recent economic hardship.

To be fair, the Post tosses in a sentence acknowledging that the economy may have had an impact on boomer suicide rates, noting that "financial recessions are in general associated with an uptick in suicides." But it then dedicates the rest of the article to its predetermined conclusion that the boomer suicide spike "likely stems from a complex matrix of issues particular to a generation that vowed not to trust anyone older than thirty and who rocked out to lyrics such as, 'I hope I die before I get old.'"

In other words, it trivializes the most common explanation for an increase in suicides in its zeal to offer a pop psychosocial explanation that makes for much better copy.

What the Post did, essentially, is fall into the grand media tradition of creating caricatures about baby boomers based on the thinnest and flimsiest of evidence.

In 1984, Newsweek published its much ballyhooed cover story on boomers, portraying them as a generation of yuppies consumed by their "self-absorbed journey," having traded their hippie social consciousness for a "state of Transcendental Acquisition." Buried in the article was the fact that only two percent of boomers fit the yuppie description, and never mentioned was the explosive growth of nonprofits that boomers were creating, which would have contradicted the self-absorbed stereotype.

But these inconvenient facts never got in the way of a good storyline, which the press has been repeating since.

Journalists like to imagine their work as the first draft of history. Woe to posterity if first drafts like these are taken at face value without meeting the most rigorous standards of research and analysis.