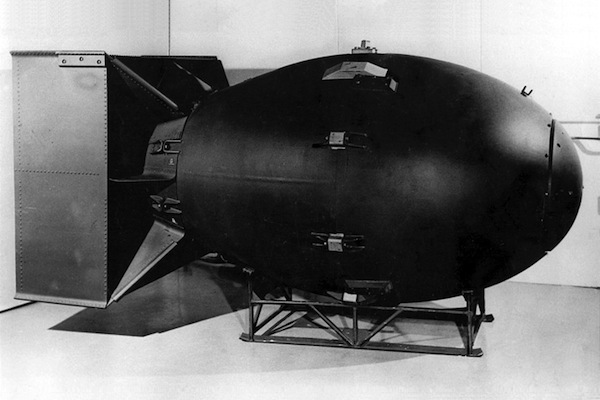 The apparent employment of chemical weapons in Syria should remind us that, while weapons of mass destruction exist, there is a serious danger that they will be used.

That danger is highlighted by an article in the September/October 2013 issue of the Bulletin of the Atomic Scientists. Written by two leading nuclear weapons specialists, Hans Kristensen and Robert Norris of the Federation of American Scientists, the article provides important information about nuclear weapons that should alarm everyone concerned about the future of the planet.

At present, the article reports, more than 17,000 nuclear warheads remain in the possession of nine nations (the United States, Russia, Britain, France, China, Israel, India, Pakistan, and North Korea). Over 90 percent of that inventory consists of U.S. and Russian warheads. These weapons, of course, are incredibly destructive, and almost all of them can massacre populations far more effectively than did the atomic bomb that obliterated the city of Hiroshima. Indeed, a single one of these weapons can slaughter hundreds of thousands of people.

Although U.S., Russian, British, and French stockpiles of nuclear weapons have been declining since the end of the Cold War, those of the five other nuclear nations have been growing. Consequently, as Kristensen and Norris observe, with the possible exception of North Korea, all of these countries “have sufficient numbers of warheads and delivery systems to inflict enormous destruction over significant ranges with catastrophic humanitarian and climatic consequences in their regions and beyond.”

Furthermore, many of these deadly weapons stand ready for almost instant use. As the authors state, “roughly 1,800 U.S. and Russian warheads are on high alert atop long-range ballistic missiles that are ready to launch 5 to 15 minutes after receiving an order.”

But surely these terrible weapons are being phased out, aren’t they? After all, the major nuclear powers, plus most nations, have formally committed themselves to building a nuclear weapons-free world. And it is certainly true that the number of nuclear weapons on the world scene has dropped very significantly from the roughly 70,000 that existed in 1986.

Even so, there are numerous signs that the nuclear disarmament momentum is slowing. Not only have nuclear disarmament negotiations between the United States (with 7,700 nuclear warheads) and Russia (with 8,500 nuclear warheads) apparently run aground, but none of the nuclear powers seems to take the rhetoric about a nuclear weapons-free world seriously. Kristensen and Norris note: “All the nations with nuclear weapons continue to modernize or upgrade their nuclear arsenals, and nuclear weapons remain integral to their conception of national security.”

For example, the United States is modifying its existing nuclear warheads while planning production of warheads with new designs. Russia is phasing out its Soviet-era missiles and submarines and deploying newer missiles, as well as additional warheads on its missiles. France is deploying new nuclear missiles on its fighter-bombers and submarines. China is upgrading its missile force, while India and Pakistan are locked in a race to deploy new types of nuclear weapons. Although Israel is the most secretive of the nuclear powers, rumors are afloat that it is equipping some of its submarines with nuclear-capable cruise missiles. North Korea reportedly lacks operational nuclear weapons, but its hungry citizens can take heart that it is working to remedy this deficiency.

In addition, of course, it is quite possible, in the future, that other nations will develop nuclear weapons, terrorists will obtain such weapons from national stockpiles, or existing nuclear weapons will be exploded or launched accidentally.

In these very dangerous circumstances, surely the safest course of action would be to have the international community agree on a treaty requiring the destruction of all existing stocks of nuclear weapons and a ban on their future production. Nuclear disarmament discussions along these and other lines have recently been concluded by a UN Open Ended Working Group, and will be continued in late September by a UN High Level Meeting and later this fall by the UN General Assembly First Committee.

But, to judge from past government behavior, it does not seem likely that disarmament discussions among government officials will get very far without substantial public pressure upon them to cope with the nuclear weapons menace. And it is a menace -- one at least as dangerous to the future of world civilization as the existence of chemical weapons. So pressing world leaders for action on nuclear disarmament seems thoroughly appropriate.

The alternative is to throw up our hands and wait, while power-hungry governments continue to toy with their nuclear weaponry and, ultimately, produce a catastrophe of immense proportions.