Reasons to Worry About What Japan Just Did

Tom Clifford is an Irish journalist, currently based in China. He has written for Japan Times, Irish Independent, the South China Morning Post, Gulf News, the Prague Post and many other publications. He covered the Georgian War in 2008. 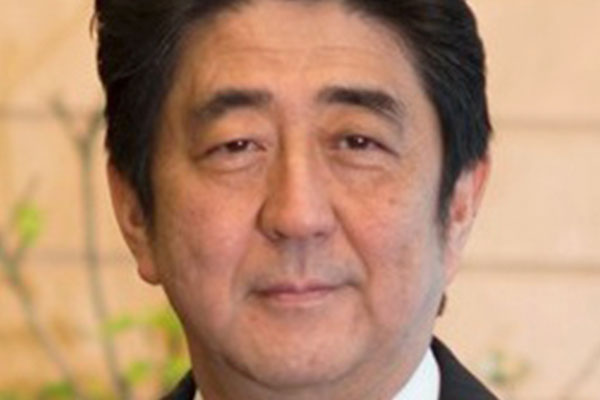 Most politicians picking a date to announce a major policy shift would not chose April 1. But the polished corridors of power in Tokyo are not renowned for their sense of humour.

The past is another country, one which Japanese Prime Minister Shinzo Abe consistently harks back to. Abe has even mentioned a timeframe for his goal to be achieved, what he claims is 2020 vision or in this case revision: the lighting of the Olympic flame in Tokyo in six years.

Abe has vowed to push for a wholesale revision of the Japanese constitution to be enacted before the Tokyo 2020 Summer Olympics. “By 2020, I think Japan will have completely restored its status and been making great contributions to peace and stability in the region and the world,” he said.

Tokyo on Tuesday overturned a 50-year ban on selling military hardware overseas. This inevitably means that the focus will turn to Article 9 of the constitution. This states that Japan pledges never to wage war, or even maintain land , sea or armed forces capable of waging war. But the article that is key to Abe’s ambitions is 96.

This article sets out the procedures required to change the constitution, one that has never been altered; revised, re-interpreted but never actually altered since its enactment in 1947.

It states that any amendment must be backed by two-thirds of both houses of the Japanese parliament and a referendum. Abe wants just a simple majority in both houses, which he has, to allow him to change the constitution.

Reinterpreting has been successful at least in terms of defense. Japanese military spending will hit $232 billion over the next five years as it purchases anti-missile destroyers, submarines, 52 amphibious vehicles, surveillance drones, US fighter planes and 17 Boeing Osprey aircraft, capable of vertical take-off. Not bad under a constitution that forbids a standing army.

But if Abe can change 96, then the LDP, who have been in power for all but a handful of the last 60 years, will be able to drive through wholesale changes to the constitution which has been reinterpreted on three key occasions that were at odds with the article’s original intention.

But Abe’s plans to further fiddle with the constitution are meeting opposition from within his own ranks. Retired lawmaker and former LDP secretary-general Makoto Koga said at a public lecture recently: "Changing a constitutional interpretation through a cabinet decision is a patchwork measure... One mistake and we could be involved in a war." Emperor Akihito and Crown Prince Naruhito have indicated that they were against changing the constitution.

The Japan Times stated in an editorial last year that : It cannot be emphasized too much that the LDP is trying to impose a constitution that runs counter to the principle of modern constitutional politics as well as postwar Japan’s no-war principle. In September 2007, Abe wrote in a magazine article that "From now on, I want to sacrifice myself as one lawmaker to make true conservatism take root in Japan."

Abe, from a wealthy political family, was exposed early to the ultra-conservative viewpoint at the knees of his grandfather, Nobusuke Kishi, a former prime minister.  Kishi was imprisoned for his wartime role, including atrocities committed in China, but never tried as a war criminal after World War II. He was premier from 1957 to 1960, but, in an ironic twist had to resign without achieving his goal of revising the constitution. You could say it runs in the family.

Abe has also pushed through a draconian “secrets law”that allows the government to decide what can be classified as secret. Critics say it is a charter against uncovering abuse of power and will strengthen government influence over the media. Sirens of alarm are ringing. How they are heeded will determine whether the 2020 Olympics will see Japan delving into the past or embracing the future.