The Persistent Appeal of Attempts to Purify Muslim Societies

William R. Polk was a professor of history at the University of Chicago. During the Kennedy and part of the Johnson administrations, he was the member of the Policy Planning Council responsible for North Africa, the Middle East and Central Asia. Among his books is Understanding Iraq, Violent Politics and Understanding Iran. 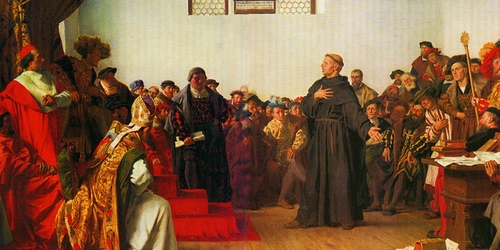 The Arabic word used of Fundamentalist – now usually thought of as revolution-friendly -- Islam is salafiyah. Even native Arabic speakers usually translate it as “reactionary.” But the concept is far more complex. The word salafi in classical Arabicmeans a person who stands both in the rearguard and in the vanguard -- Arabic delights in such contrasts. The logic of the apparent paradox was brought out by the teachings of jurisconsults from the beginning of the “impact of the West.” In the Eighteenth century they began to search for means to protect their civilization. Some argued that “real” strength was not gained by copying the practices of the West but had to be derived from fundamentals as laid out in the Quran and elucidated in the practices of the Prophet and his intimate circle (the Hadith). Weakness, they believed, came from the innovations and perversions that encrusted Islamic thought and Islamic society in the long dark ages of decline of its power and civilization.

I have described elsewhere the movements of “purification” inspired by such men as the Arabian Ahmad ibn Abdul Wahhab, the Algerian/Libyan Muhammad bin Ali al-Sanusi, the Sudanese Muhammad Ahmad al-Mahdi, the Iranian activist Jamal ad-Din al-Afghani and the Egyptian theologian Muhammad Abduh. In a fundamental aspect, their teachings and movements resembled those set off in northern Europe by Luther and Calvin. These Christians and Muslims shared a belief in the absolute authority of the unalterable word of God as set out in the original texts. Their task was to go back to discover the “pure” message and lead their followers to implement it. However much they differed, both the Muslims and the Protestants were in this sense salafis.

The original texts, the Old Testament and the Quran, reflected primitive tribal Jewish and Arab societies, and the codes they set forth were severe. They aimed, in the Old Testament, at preserving and enhancing tribal cohesion and power and, in the Quran, at destroying the vestiges of pagan belief and practice. Neither early Judaism nor Islam allowed deviation. Both were authoritarian theocracies. But, over the centuries, both outgrew their original isolation and came to deal with diverse societies and beliefs. Thus, in practice, both became more ecumenical and put aside or modified many of their original concepts. In the eyes of some theologians, such modifications amounted to perversions of God’s commandments. So, throughout history, a few religious scholars have sought to “go back” to the original or “pure” message as their ancestors had received it, as they believed, from God, and as they had enforced it. These attempts at “return” reached a large body of believers in Europe in the Sixteenth and Seventeenth centuries and in the Middle East in the Nineteenth and Twentieth centuries. Thus, Old Testament-inspired New England Puritans implemented a draconian, Biblically-based legal code, complete with lashings, burnings and stoning to death for such crimes as adultery, sodomy and blasphemy. Today’s militant Muslim Fundamentalists, similarly, have insisted on a literal interpretation of early Islamic practice. Indeed, some, like the Taliban, have also sought to implement anew what were primitive, non-Islamic tribal codes (Pashtu: ravaj) or to insist, like several African societies, on implementing tribal customs even when they were not sanctioned by Islamic law (the Shariah).

The ancestors of a vast majority of today’s Christians, Jews and Muslims eventually relaxed. In the aftermath of the puritan movements, subsequent generations turned away from what their fathers and grandfathers had sought to impose. In effect, they found other, less draconian ways to accomplish their social and cultural objectives. Others held firm. So among some Christian sects – Old Believers, Born Again Christians and many Protestant groups -- “Return” remained a powerful rallying call. It was even more so for Muslims. That is because many of their more influential thinkers believed that Islam itself faced an existential challenge in the era of imperialism and colonialism. For Muslims and other cultural groups in Africa and Asia, the challenge was clear and present.