We’ve Heard from John McCain. We Need to Hear from Someone Like George McGovern. 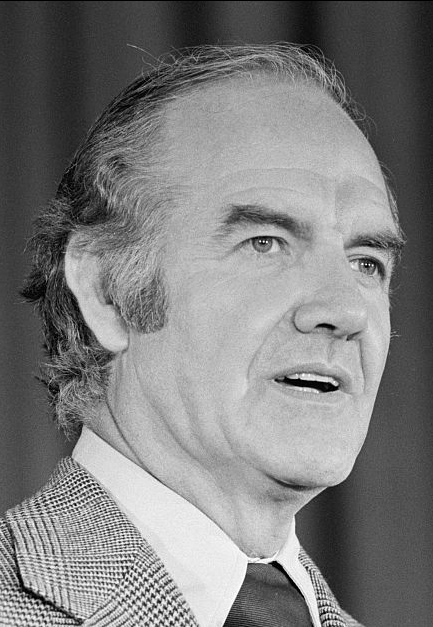 “Mark my words: this is a tragic error that will haunt us.” The late George McGovern said this on WABC’s John Batchelor Show in 2003 on the eve of our Iraq invasion. With Mosul now in ISIS militant hands, Baghdad’s security in doubt and a refugee crisis begun, we should reflect on what McGovern said and why.

With Prime Minister al-Maliki’s rigid rule renewing Iraq’s sectarian conflicts and with conservative U.S. Senators McCain, Graham and Corker calling for air strikes though McCain admits “it’s very hard to ascertain which target to hit,” we must end this failed project and change our priorities.

McGovern during his Senate career served on its Foreign Relations Committee and became thereafter the Middle East Policy Institute’s chief executive in Washington. Personal experience made him intimately acquainted with Iraq’s geopolitical roles as a counterweight to Iran and as a vital source of oil.

Several U.S. Presidents had said before we invaded Iraq that preserving those Iraq roles would be vital to our national security yet we have lost much and gained little from how we have gone about that. By lying about weapons of mass destruction, orchestrating the execution of Saddam Hussein and conducting a military occupation of that once-sovereign state we have appeared an imperialist power and angered the Arab world.

“The U.S. war in Iraq has cost $1.7 trillion with an additional $490 billion in benefits owed to war veterans,” according to a March 2013 Reuters report of a Brown University research study by its Watson Institute for International Relations.

Meanwhile in our domestic media the abstract phrase “income inequality” masks the effects of the hunger and homelessness, illness and gun violence that fearful lawmakers who demand we flex military muscles fail to address.

The National Centers for Disease Control’s 2011 study found that 48% of adults 18-64 years old who made emergency room visits without hospital admission did so for basic health care “because there was nowhere else to go.”

The Cable News Network (CNN) last week determined that 15 school shootings similar to the Sandy Hook massacre in Newtown, Connecticut, where 26 people were killed had since then occurred.

President Barack Obama said in his 2008 campaign that we must not just end the Iraq war but “the mindset that leads us into wars.” Yet he has ordered 300 advisers and 750 troops back into Iraq.

President Dwight Eisenhower’s 1961 Farewell Address called future war inevitable because a then-growing “military-industrial complex new in the American experience” would profit from it. “In the councils of government we must guard against (its) acquisition of unwanted influence” and “the potential for the disastrous rise of misplaced power,” he said.

The Eisenhower Administration bankrolled the last throes of imperialist France’s brutal “Civilizing Mission” in Vietnam before our own decade-long Vietnam debacle began with John Kennedy’s 1962 dispatch of advisers.

When Lyndon Johnson in 1965 sent 250,000 combat troops he ruined Vietnam, polarized our society and destroyed the “peace dividend” of an approximate $39.7 billion a year he promised would address domestic U.S. needs at war’s end, according to a 1989 New York Times story.

Conservatives press the President to use more force in Iraq despite its high cost and past failure. June was Iraq’s deadliest month this year with a death toll of 2400 says the United Nations. The New York Times reports that a recent bombing in Baghdad killed fifteen and injured ninety.

McGovern’s 1963 Senate floor speech warned against our Vietnam involvement “as a clear demonstration of the limits of military power.” He wrote in 2006 that our Iraq war was “bankrupting the U.S. economy, increasing the threat of terrorist attacks against us, and continuing to cost lives as U.S. soldiers return with life-altering and life-threatening injuries and maladies.”

While President Obama in 2011 removed our Iraq combat troops and now assures us he won’t “put boots on the ground” he faces demands to do so – and injury or death for any of the advisers or troops there now could force his hand.

The lack of a vibrant antiwar movement in the United States today does not mean that no one dissents. It suggests the need for assertive and informed public voices which can rally our people.

Americans concerned with surviving harsh economic times, distracted by celebrity infotainment or persuaded by loud lawmaker voices lacking the perspective that was McGovern’s as a decorated World War II combat pilot, and a university professor with a doctorate in history before his career in Congress can’t fill that void.

Who now has the stature to provide an alternative? Whose prophetic voice, like Eisenhower’s or McGovern’s, can shape humane foreign and domestic policies that disrupt the status quo – and rally us to demand their enactment?

Hillary Clinton, an admirable Secretary of State, punted on the conscience vote that President Bush called an authorization to invade Iraq. Clinton warned she “would hold President Bush personally accountable” if things went wrong. But did she? Her just-published memoir merely says that “I got it wrong. Plain and simple.” A potential President owes us more.

“It does not take any courage at all for a Congressman or Senator to wrap himself in the flag and say we are staying in Vietnam,” McGovern said in the Senate, “because it is not their blood that is being shed.”

Courage lies in dissent and debate. It starts conversations to craft a long-term vision based on short-term proposals. It fuels vital work that without fanfare builds coalitions advancing proposals. It renews our democracy.

Who has that courage? Where are the leaders?