Argentina Defaults. The U.S. Didn’t. You Think There's a Lesson in that?

David O. Stewart is the author of "Madison’s Gift: Five Partnerships that Built America," which will be released by Simon & Schuster in February 2015. His other books include "The Summer of 1787: The Men Who Invented the Constitution" and "American Emperor: Aaron Burr’s Challenge to Jefferson’s America." 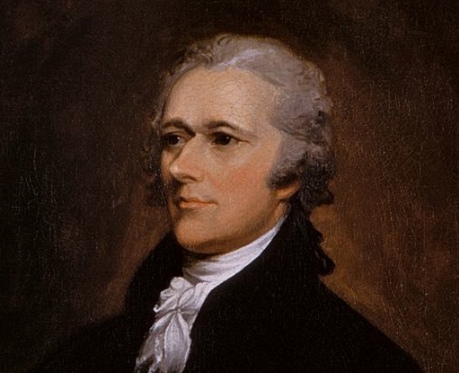 Before leading her nation into default on its sovereign debt for the second time in twelve years, Argentina’s President Cristina Fernandez de Kirchner might profitably have examined the work of America’s first Treasury Secretary, Alexander Hamilton, when he faced a debt crisis.

In 1789, the new government of the United States confronted a tower of “sovereign debt.”  In a nation with only three fledgling banks and a rudimentary financial structure, the debts of state and national governments totaled roughly 40 percent annual economic output.  The national government had no revenues other than funds voluntarily contributed by states.  When the Massachusetts state government raised taxes to pay down its debts, thousands of armed citizens marched on the federal arsenal in Springfield in Shays’ Rebellion of 1786. 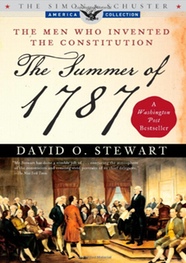 The American debts accrued during eight years of Revolution against the British Empire.  The debt instruments ranged from formal loan papers, to largely worthless paper currency, to scribbled receipts for seized supplies or soldier pay, to “indents” for missed interest payments.  For four years before 1789, no American government had paid interest on its debts.

The new Treasury Secretary, a 32-year-immigrant from the Caribbean, confronted a wildly unstable financial market when he took office.  As with Argentine debt in recent years, the value of American debt paper had been driven down to 20 percent of face value or less.

Canny investors – including Abigail Adams, wife of new Vice President John Adams – were snapping up those bargains, betting that the new government would have to make good on the debts.

Investors’ agents carried satchels of cash to Southern and Western communities, sweeping up debts while sometimes misleading the sellers about the political situation.  A congressmen traveling to New York passed two express riders headed south with money for speculation; a financier sent two ships to South Carolina with goods and cash for buying military certificates.  The atmosphere in New York, then the center of government and of speculation , grew feverish.  James Madison referred disdainfully to the prevailing “avidity for stock.”

In early January 1790-, after only four months on the job, Hamilton issued his “Report on Public Credit.”  With the implicit backing of President George Washington, he proposed to repay all the federal debt and all the state debts, and to do so with hard money.  The redemption periods would be long and some of the interest rates would be reduced.  Only current holders of the debt would be paid.  For most speculators, the result would be a bonanza.

Some opposed Hamilton’s scheme.  It rewarded wealthy speculators and gave nothing to the poor soldiers and farmers who had sold their government IOUs for pennies on the dollar.  America, James Madison complained, was erecting monuments of gratitude “not to those who saved her liberties, but to those who had enriched themselves in her funds.”

But Hamilton’s hardheaded approach established the credit of both the national and state governments.  The United States prospered on that solid foundation.

Argentina today, in contrast, denounces as “vultures” those speculators who scooped up Argentine debt at dramatically discounted prices.  Having failed to come to terms with them, Argentina defaults and its markets tumble.   That’s not how Alexander Hamilton did it.