Remembering the Peace of Christmas Eve

William Lambers is the author of Ending World Hunger and the Road to Peace. He is a blogger with the Huffington Post. 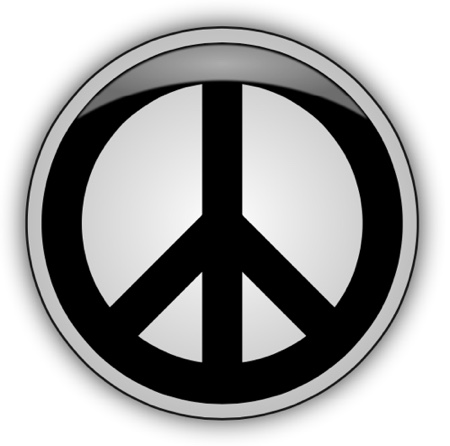 Two hundred years ago this Christmas Eve, America and Britain received a special gift.  Only nobody in either country knew about it.

The gift was peace. That Christmas Eve night the Treaty of Ghent was signed in Belgium ending the War of 1812 between Britain and the United States. Historian Fred Engelman wrote, “the Americans disappeared into the solemn night with peace in their pockets.”

Of course, there was no CNN back then. It would be weeks before anyone in either country would know about it.

Britain and the U.S. were tired of fighting. The War of 1812 was a two year struggle, mostly in the American and Canadian border region, that was largely a stalemate. Of course prior to that, the British and Americans battled during the Revolutionary War.

But now they were ready to put down the guns. Although tensions and disputes did not end for some years to come, diplomacy began to settle these issues. The border between the U.S. and British ruled Canada developed into one of peace.

Had they not chosen the road to peace, what would the border be like? How could there be any development if there is constant war?

On this Christmas Eve there are nations whose fate hangs in the balance. Which way will they go? The Ukraine is one. The government and pro-Russian rebels have waged war there this year. A ceasefire back in September was ignored. Around one million people have been displaced by the fighting. They can still make peace, but they have to sit down for talks.

South Sudan is another example. Fighting between the government and the opposition, as well as conflict among tribes, has put the newly independent country on the brink of famine. The two sides have to make peace or their people will starve.

That is something important to remember about war. It is always accompanied by hunger. In South Sudan and Central African Republic there will likely be famine in 2015 unless there is peace. Likewise in Syria and Iraq where internal conflict continues. We have to bring these wars to an end or risk losing entire generations.

The New Year will hopefully bring a successful conclusion to the nuclear talks between Iran and the U.S. It would be a significant step toward stopping nuclear proliferation. Nuclear weapons pose the biggest threat to mankind. We can take a lesson or two from the past in conforming this global danger.

Back during the British-American negotiations for the Ghent treaty, an interesting idea was raised. Why not disarm the warships of the Great Lakes? During the war, the Lakes were the scene of fierce naval battles and coastal raids. In 1817, the Rush-Bagot agreement disarmed any future chances of naval confrontation on all the Great Lakes and Lake Champlain.

President James Monroe said disarmament saved both sides from useless expense and the danger of tensions and collisions. A costly and dangerous naval arms race was avoided. With today's biggest armaments, nuclear weapons, we should think the same way.

The world is on pace to spend one trillion on nuclear weapons in the next decade. Thousands of nuclear weapons, mostly Russian and American, remain on alert status meaning they can be launched quickly.  With nukes comes international tension, fear of accidental launch and terrorist theft. Money spent on nukes robs from the poor and hungry. It takes away from medicine and education.

Every nation shares the dangers and burdens of nuclear weapons. In 2015 the world should enact the global ban on nuclear testing and proceed step by step toward disarmament.

Peace should be in our minds and hearts as we confront the issues of today. Christmas Eve should inspire peace for all, whether far away or right in your own community. Think peace. Most importantly, carry that spirit into each and every day thereafter to settle differences, no matter what they may be.