Was the Admission of Greece into the European Economic Community a mistake?

Eirini Karamouzi is a Lecturer in Contemporary History at the University of Sheffield and A.G.Leventis Fellow at St Athony’s College, Oxford, author of “Greece, the EEC and the Cold War, 1974-1979. The Second Enlargement” (Palgrave Macmillan, 2014) 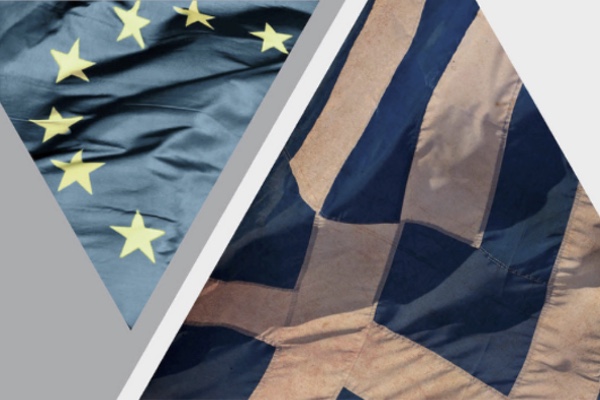 The financial and economic crises that gripped Greece in 2010 set in motion a domino effect that rattled, and still does, the rest of the Eurozone. It also opened the floodgates to a seemingly endless stream of accusations, as the contemporary press and European political elites engaged in an often myopic blame game over the origins of the crisis. As Greek financial woes polarized opinion, former French president Valéry Giscard d’Estaing, remembered among other things for the instrumental role he played in welcoming Greece to the European Economic Community (EEC) in 1981, admitted that supporting Greek membership had been a mistake. 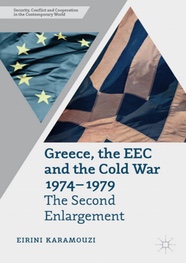 Possibly the most high-profile actor to make a direct link between today’s crisis and Greece’s entry into the Community, Giscard helped to renew interest in the history of Greece and European integration. This heightened interest from the public now calls for a deeper understanding of Greece’s relationship with Europe that must go beyond short-term, ahistorical analyses or narratives written on the basis of hindsight.

The prospect of a Greek application for full membership took the EEC by surprise and presented the Community with a host of economic, institutional and political problems. The addition of a new country, the poorest to apply so far, was likely to severely test the Community’s institutions. Moreover, it would not merely be a question of accepting one small country with a marginal effect on the economic balance within the Community. Rather, a favorable response to the Greek application would very likely be followed by applications from Portugal and Spain.

To make matters more complex, the Greek application arrived at a time of deep economic crisis that had already put the Community model under severe strain. In 1975, just two years after the entry of Britain, Denmark and Ireland, the Community was still clearly suffering the after-effects of the previous wave of expansion and a British request for a renegotiation of the terms of entry. The situation was made all the more urgent by the presence of a sudden new security dimension that had been absent during the first enlargement – namely, the imminent danger of the Community getting embroiled in a possible Greek-Turkish war over Cyprus and the Aegean.

In these circumstances of Community stagnation and with a recently democratized, economically weak and politically volatile applicant knocking on the door, there appeared to be a rather strong case against further enlargement, at least in the short term. The Commission, in its lukewarm response, acknowledged such realities, and proposed, among other things, a ten year pre-accession period. In only two weeks, the Council of Ministers, for the first time in its history, unanimously overruled the Commission’s view. There is no dispute that the problems outlined by the Commission did exist and that they gave the nine member states a severe collective headache. So why did they say yes?

The contemporary press claimed that Europe’s apprehension toward Greek membership was compensated for by the fact that no member state wanted to be seen to be opposing it. Indeed, the rhetoric of the Greeks, which stressed democratic norms, had made it difficult for any member state to incur the stigma of asking for a delay or rebuffing the application, despite the evident awareness of the problems involved.

The Greeks had capitalized on the promise of “Europe” made to them by the Community during the dictatorship (1967-1974) with the freezing of the Association Agreement and then again, during the transition period. This created a dynamic in favor of a relatively rapid Greek accession in which democratic political considerations explicitly outweighed economic concerns. This shaming strategy – or, as Frank Schimmelfennig has described it, “rhetorical entrapment” – was successful in the 1970s as it spoke directly to the Community’s attempts to establish a European political identity. By emphasising the importance of democracy to gaining membership, the EEC was now explicitly articulating and configuring the fundamental characteristics of its new identity. There could have been no better applicant than Greece, as the cradle of democracy, to foster this soul searching.

Idealism and the advancement of democracy, no doubt, played a significant role in the decision to enlarge the Community. This facet of the enlargement must, however, be placed in proper perspective given the Cold War environment. It was of major strategic importance to promote a quick Greek membership as a means of assuring the country’s continued adherence to the West. The nine member states knew that the Greek government had gambled heavily on the success of its application as a major factor in the preservation of democracy in Greece and, in turn, the country’s future foreign policy orientation.

Greece’s withdrawal from the integrated military command of NATO in the midst of intense anti-Americanism in 1974 and the rise of the left in domestic politics had raised concerns about the country’s future orientation – concerns further underlined by the possible knock-on effects in Spain, Portugal and Italy. In fact, Greece was not a unique case within Europe: a few months earlier the Portuguese dictator Marcello Caetano had been removed by the so-called Carnation Revolution and power taken by a group of young radical pro-Communist Army officers.

Meanwhile in Spain, Franco’s dictatorship seemed to be nearing its end. In Italy, most significantly of all, the internal situation had become a source of great concern for Western leaders. The country was beset by social turmoil, economic crisis and political instability and it looked likely that the Italian Communist Party would be elected to power. By the mid-1970s, Western interests in the southern part of Europe appeared to be increasingly under threat.

Similar to the spill-over scenarios prevalent in many assessments of the current crisis, the Greek case was never assessed on its own merits, but as part of the Southern European puzzle. Greece’s entry into the EEC was therefore a solution to a genuine Cold War problem. Forty years later, it is perhaps hard to recapture how genuine and dangerous instability in Greece seemed, how near a possible war with Turkey was, and how real were the fears of spreading the contagion of instability to neighbouring Spain, Portugal and Italy. Yet in the mid-1970s this sense of crisis was very real indeed.

The crucially important political decision to accept Greece in the midst of crisis not only led to the Community’s second enlargement, but added to the EEC’s collective weight on the world stage. It saw the rise of the promise of European integration as a crucial element in Southern Europe’s successful transitions to democracy and of enlargement as a successful foreign policy tool. Once this had occurred, it created expectations as to how the EEC would conduct itself in the future and became a reference point for subsequent enlargements.

While Giscard and others may say, with hindsight, that accepting Greece into the EEC was a mistake, at the time, in those particular geopolitical circumstances, it was a sound and politically justified decision that profoundly transformed the finalité politique of enlargement. Placing the blame for Greece’s difficulties today on its accession to the EEC, without immersing ourselves in the history and geopolitical dynamics, is a dangerously easy conclusion to draw.