America Is More than the 82nd Airborne. We Need to Let the Muslim World Know that.

Greg Barnhisel is Associate Professor and Chair in the Department of English at Duquesne University in Pittsburgh, PA. He is the author of James Laughlin, New Directions, and the Remaking of Ezra Pound (2005) and co-editor of Pressing the Fight: Print, Propaganda, and the Cold War (2010). His latest work is Cold War Modernists: Art, Literature, and American Cultural Diplomacy (2015). 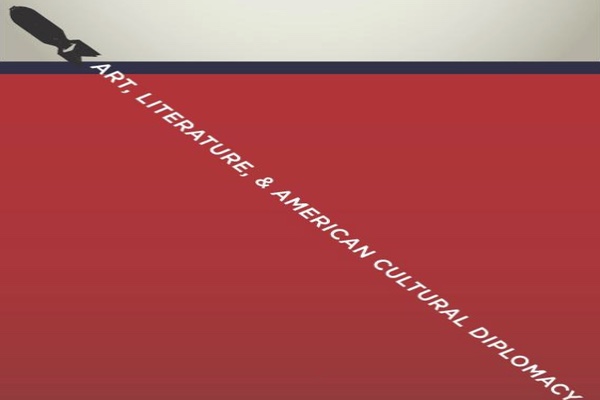 In 1999, President Clinton shut down the United States Information Agency and folded its responsibilities into the Department of State. State had handled the job of “public diplomacy” before Pres. Eisenhower created USIA in 1953, so in a way things were just coming full circle. But even though the Clinton administration explained the shuttering of USIA as an efficiency measure, underlying this bureaucratic move was the Fukuyama-ian complacency of the 1990s: the Cold War was over, the U.S. was the world’s unquestioned hegemon, so why waste money trying to tell foreigners about American culture in an effort to cultivate their admiration? 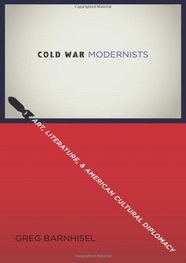 How much changed in a few years. After Sept. 11, 2001, we found ourselves with a new arch-enemy: radical Islamist terrorism, conducted largely by non-state actors. The Bush administration clumsily chose a primarily military and covert-ops response. That didn’t solve the problem; rather, it helped the problem fester and spread. “Why do they hate us?” we asked, and continue to ask. “They hate us for our freedoms,” we are told.

That’s self-pitying, self-righteous rubbish, of course. Had the Bush administration looked back to one of its Republican predecessors, it might have taken a lesson. Upon assuming office, Dwight Eisenhower—regarded by many, we should remember, as an amiable dunce—immediately and presciently instituted an aggressive public-diplomacy program aimed at our implacable, freedom-hating adversary of the time (the Soviet Union) and other populations whom we wanted to sway. He created ideological study groups and doctrinal task forces to elucidate what “American freedoms” were, and chartered USIA to disseminate those ideas abroad, in messages targeted to particular national, language, and even class populations.

One of the most surprisingly successful branches of this 1950s cultural-diplomacy effort was what I call “Cold War modernism.” Cold War modernism was a public-private partnership, a joint endeavor between USIA, the State Department, foundations like Ford and Rockefeller, cultural institutions such as the Museum of Modern Art, and even for-profit companies like Alfred A. Knopf. Using magazines, radio programs, art exhibitions, theatrical productions, festivals, and conferences, the Cold War modernist project brought avant-garde American art and literature and music to publics across the world: primarily in Europe, but also in India, East Asia, the Middle East, Africa, and Latin America.

Cold War modernism was the rhetorical solution to a perception problem. The loyalties of leftist intellectuals in Western Europe—particularly in France—were in play. Although few European leftists, by the 1950s, had any great love for Stalin or the USSR, they sneered at the U.S., to them nothing more than cowboy movies, chewing gum, and the A-bomb. Communist propaganda exploited this prejudice and portrayed the U.S. as a kind of cruel, rapacious Philistia.

Our cultural diplomats exported all sorts of art and artists, from the Duquesne University Tamburitzans (an Eastern European folk dance troupe) to the Native American artist Thomas Two Arrows, but to those skeptical European leftists they served up modernism. William Faulkner, Abstract Expressionist paintings, Martha Graham, Porgy and Bess: the State Department and USIA sent them all abroad, and some even visited Berlin, Warsaw, Belgrade, and Moscow.

The art was evidence that America had advanced culture the equal of anything going on in Paris or London. But more importantly, the rhetorical framing provided by the cultural diplomats argued that such advanced art had come about in the U.S. not in spite of, but because of, our culture—specifically our freedom, creativity, and individualism. Modernism, once a threatening, revolutionary, anti-bourgeois movement, was now proposed as the artistic iteration of bourgeois values.

It helped that Soviet art was so bad. Since the 1930s, the international Communist movement had insisted on Socialist Realism in literature, painting, and even music. For the Communists, the only measure for the quality of art was the degree to which it served Party aims, and this often produced laughably shallow artworks. Intellectuals in Europe and the U.S. found complex and difficult modernism, dismissed as “decadent formalism” by Soviet critics and cultural commissars, was much more exciting, fertile, and new. And through lectures, exhibition catalogs, magazine articles, conferences, even film and radio, the USIA and private cultural diplomats working for the Ford Foundation or the publishing industry or the Congress for Cultural Freedom explained that only a free, individualist society could produce innovative art like this.

Yes, it’s true that many of the “private” groups I mention above were working in collaboration with, and were sometimes secretly sponsored by, the government. But while this may undermine their claims of independence, it doesn’t change the message. Emanating from official and unofficial channels was a defense of American freedom and individualism with experimental art—not economic power, or military might, or the appeal of our popular entertainments—as its evidence.

And it worked. By the end of the 1950s, Eurosnobs no longer questioned whether there were such things as American art and literature. In fact, as Serge Guilbaut memorably put it in the title of his 1983 book, at this time New York “stole the idea of modern art.” While this didn’t end the Cold War, of course, Cold War modernism did much to end the appeal of Soviet Communism to intellectuals in Europe.

Without a USIA, we’ve largely abandoned this kind of cultural diplomacy, and reverted to a reliance on slick, unidirectional, univocal, advertising-style messaging. In fact, in the immediate wake of 9/11, the Bush administration appointed ad exec Charlotte Beers as Assistant Secretary of State for Public Diplomacy, where she oversaw the production of so-called “Shared Values” videos aimed at Muslim populations. The best of our art and literature—some of it challenging and controversial—tells a much more nuanced, rich, and flattering story about us and about our values than short propaganda films can do, and unsurprisingly the “Shared Values” initiative was an abject failure.

The situations, of course, aren’t the same. Disaffected Muslims in Syria, Pakistan, or Algeria have their own set of concerns and beliefs and experiences nothing like those of mid-century European intellectuals. And experimental art might not be the best proxy, at this time and with this population, for American values. But offering them a respectful, unpatronizing presentation of how there is more to American culture than Hollywood movies, the 82nd Airborne, and our ubiquitous consumer products seems like a better strategy than either treating them as the audience for a product roll-out, or just writing them off.

If it’s true that they are going to hate us for our freedoms, let’s at least try to help them understand what those freedoms really are.