Charleston and the Amok Syndrome

Thomas Fleming began his fifty-year writing career as a social worker and in his books and articles has frequently manifested his interest in mental illness as a little understood cause of crime and unemployment. 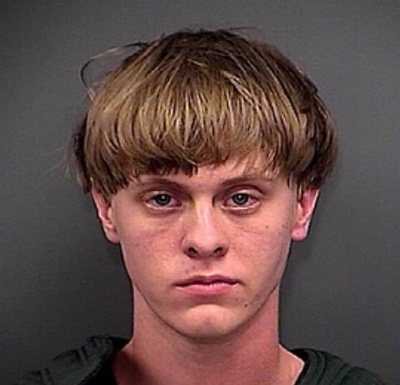 The murders of nine black Americans in a Charleston South Carolina Methodist Episcopal Church have stirred angry denunciations in newspapers and magazines about their white killer, Dylann Roof. He belonged to several organizations which cling to symbols and sentiments of the long defeated Southern Confederacy. Some people are retrospectively blaming American slavery and slave owners for the bloodshed. There have been calls for the demolition of the Jefferson Memorial. Other angry critics have defaced statues of Jefferson Davis and Robert E. Lee.

While there is a connection to the so-called Lost Cause on the surface of Roof’s disturbed mind, it is not an explanation for the tragedy. The reason for the bloodshed is psychiatric, not racial or political. It is one more example of the Amok Syndrome.

For a long time Amok murders were considered a macabre trait of the Muslim nations of Southeast Asia such as Malaysia and Indonesia. There, westerners discovered individuals who became depressed and discontented for various reasons – rejection by a woman, loss of a job, the death of a beloved son or daughter. At some unpredictable point, they rushed into the street armed with a “kris” – a large machete-like sword – and began killing people until they were cut down by neighbors or the police.

The idea of westerners succumbing to such a disorder was first suggested by the Austrian novelist, Stefan Zweig, who had encountered the phenomenon in his travels and published a book of novellas in 1922, Amok, Dramas of a Passion, describing people who succumbed to this murderous emotion in various ways. Zweig was heavily influenced by Sigmund Freud, among the first to suggest that beneath the surface of many actions lies an undetected emotional illness.

People began noting that outbursts of similar violence took place in many countries. In 1972, Jin Inn Teoh, professor of psychiatry at Aberdeen University in England, reviewed a range of incidents from around the world and concluded amok behavior existed everywhere. There were differences in the way it manifested itself, but it was essentially the same outburst of mass violence. More recently, researchers for Wikipedia have amassed a list of 1,315 examples, which they called “rampage killings.” They have occurred in Africa, in the Middle East, in South and North America and Europe.

A classic American example is Howard Unruh, an honorably discharged veteran of World War II, who walked down a street in Camden, New Jersey, on September 6, 1949 and killed 13 people with a German luger pistol. I wrote an article about Unruh, “Is There a Crackpot in Your Neighborhood?” not long after he erupted. I described his withdrawn, anti-social behavior, and the failure of psychiatrists and the police to get him treatment or take any other precautions against his murderous potential. Unruh was confined to a mental hospital for the criminally insane, where he died in 2009.

I have remained interested in these kinds of violent outbursts. I regret to report that in the United States, the possibilities of getting potential Amok killers treatment, or at least restraining them before they act, have grown worse with every passing decade. Recently, one expert on the subject of mental illness remarked that it is harder to get someone into a mental hospital than it is to get a student into Harvard. The civil libertarians among us are ready to contest each case with angry rhetoric and threats of massive lawsuits for damages.

A more recent example of this seemingly insoluble problem is James Holmes, the young man who entered a movie theater in Aurora, Colorado in 2012 and sprayed bullets into the audience from five different guns, killing twelve people and wounding seventy others. Holmes was seeing a psychiatrist on a regular basis when he committed this horrendous crime. His eruption seems to have been triggered by his failure to pass a test for a Ph.D. He showed many of the symptoms of an Amok killer from an early age. He attempted suicide when he was 11. He was acutely aware that he needed help and had talked to no less than 3 mental health professionals at the University of Colorado in the weeks before he acted. In the course of his trial, in which he was found guilty of mass murder, two psychiatrists hired by his defense lawyer declared Holmes was mentally ill. Two others, testifying for the prosecution, said he was sane – he was aware that he was about to kill and maim dozens of people.

On the day before the carnage, Holmes sent his psychiatrist a notebook describing how he had been buying guns and ammunition and explosive devices, preparing for his rampage. It was discovered, undelivered, after he erupted. On the very day of his crime, Holmes called a mental health hotline, apparently hoping he could reach someone who would persuade him not to act. He twice tried to commit suicide after he was jailed.

Apparently none of the mental health experts to whom Holmes spoke ever tried to commit him to a mental hospital. One of them admitted later that she feared he was dangerous but did nothing to prevent the tragedy. In a statement he released, Holmes virtually identified himself as an Amok killer. “Terrorism isn’t the message,” he said. “The message is, there is no message.”

No one has ever done a better job of proving that the Amok Syndrome is a separate mental illness, which can feed on such emotions as dislike of blacks or mourning the Confederacy’s defeat. These are feelings that may well be shared by thousands of Americans. But only a Dylann Roof and a handful of others convert resentment and disappointment into mass murder. It is time for our psychiatrists to confront Amok killers as a responsibility of their profession and persuade civil libertarians to let them take steps to prevent more deaths of innocent people. Admittedly, this will not be an easy task. But recognition of the Amok Syndrome by both sides would be a first vital step.