Professor Brian Glyn Williams formerly worked for the CIA in Afghanistan and is author of The Last Warlord: The Life and Legend of Dostum, the Afghan Warrior who Led US Special Forces to Topple the Taliban Regime. 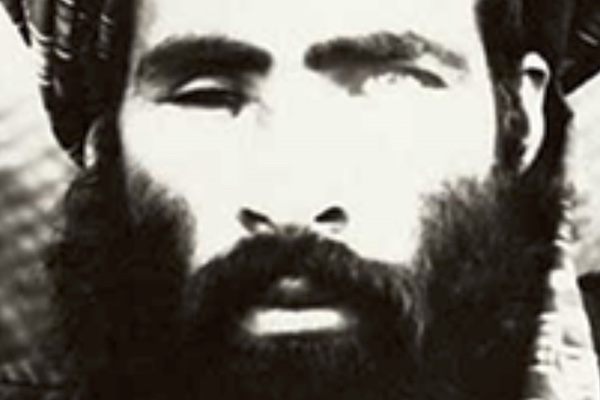 The American-installed Afghan government on July 29th announced that its elusive bane, Mullah Omar, was finally dead. While there had been vague rumors of his death in the past, this report was more specific and stated that he died of a kidney issue in the Pakistani town of Karachi back in April 2013. On the following day the Taliban publicly conceded that its leader was dead and called for three days of mourning. 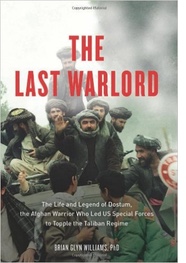 Mullah Omar’s death comes at a crucial time for the Taliban who are making inroads against Afghan National Army troops now that Operation Enduring Freedom has ended (it ended in December 2014) and most US troops have been withdrawn (there are now 10,000 US troops remaining in Afghanistan in a train and support role known as Operation Resolute Support). For almost a decade and a half the messianic Omar served as a unifying force for the Taliban who have sustained massive losses in their insurgency against the powerful US-led NATO Alliance and Afghan Army. His continued survival, after three heads of the Pakistani branch of the Taliban movement and Al Qaeda leader Osama Bin Laden were killed, gave him an almost mythical status among rank-and-file Taliban fighters. The Taliban prisoners of war I interviewed in northern Afghanistan in 2003 saw him as a semi-divine leader who would one day return them to power and his escape from the Americans in 2001 was a strategic victory. It remains to be seen what his death signifies for the Taliban who have recently been divided on whether or not to go through with peace talks with the Afghan government.

A look back on Omar’s tumultuous life provides a history of the fanatical Taliban (‘Seminary Students’) movement that this simple priest rose to lead from 1994 to 2013. It also provides a retrospective on a man who, bizarrely enough, comes off as a comparative moderate when compared to the likes of Abu Bakr al Baghdadi, the “Caliph” of the hybrid terrorist-army known as ISIS.

From Village Priest to Conqueror of Afghanistan

Mullah Omar was a village priest who fought as a mujahideen (‘those who wage jihad’) rebel in the war against the Soviet invaders in the 1980s. During this conflict he was said to have been wounded by shrapnel which damaged his eye. In an oft repeated story of his courage, Omar was said to have cut his dangling eye out of the socket as a hindrance and continued to wage battle.

When the Soviets retreated from Afghanistan in 1989, Omar returned to his humble village of Singesar in the Pashtun south (the Pashtuns are an Aryan ethnic group often known as Afghans who have ruled Afghanistan since the 18th century and live on both sides of the Afghan-Pakistani border and are concentrated in the southeast). There he taught at the village madrassa (seminary) until one day word came to him in 1994 that a local warlord had taken some girls captive and was raping them. Omar armed his Talibs (students) and attacked the warlord, hung him from the barrel of a tank, and freed the girls. Thus was born the Taliban vigilante movement which had a Robin Hood appeal in its early days.

By 1995, Mullah Omar’s movement had snowballed as thousands of Pashtuns who were tired of the chaos following the Soviet withdrawal joined his Taliban enforcers of law and order. The Taliban then systematically defeated various mujahideen who had become plundering warlords and took control of the southern province of Kandahar. It is a myth that the US funded and midwifed the Taliban. In actuality, the US funded the mujahideen “freedom fighters” in their struggle against the Soviets as a subplot to the Cold War in the 80s, not the Taliban who later waged war against them in the mid 90s. The main external supporter for the Taliban was neighboring Pakistan, which saw the movement as a proxy means for exerting influence in war torn Afghanistan.

With Pakistani military and financial support, Mullah Omar’s Taliban surged out from the so-called Pashtun belt in the southeast and began to conquer other moderate ethnic regions, including those of the northern Tajiks (Sunni Persians), Hazaras (Shiite Mongols), and Uzbeks (Sunni Turkic-Mongols) by 1995. By 1998, the Taliban had conquered all but 10 percent of Afghanistan, leaving only a sliver in the mountainous northeast ruled by a moderate Tajik commander named Massoud the Lion of Panjsher. In that year, Mullah Omar made the fateful decision to give melmastiia (sanctuary) to a Saudi dissident leader named Osama Bin Laden who had previously fought as a voluntary mujahideen in the 80s.

Bin Laden recognized Omar as the Commander of the Faithful (an ancient title he had assumed a year earlier by donning a relic known as the Cloak of the Prophet Mohammad) and praised him for his establishment of a strict shariah law theocracy in Afghanistan. By this time, Mullah Omar’s fanatical followers had essentially turned this Texas-sized country into a religious prison camp where females could not work or attend school, adulterers were publicly executed, music and television were banned etc. Omar received world attention in 2000 when he ordered his followers to blow up Afghanistan’s main tourist attraction, the ancient stone Buddhas of Bamiyan as “heathen idols.”

By this time, Omar’s guest, Bin Laden, had commenced his terroristic campaign on the American “Great Satan” and had attacked the US embassies in east Africa (1998) and tried sinking a US frigate, the USS Cole (2000). Omar tried curbing Bin Laden’s jihad on America and moderates in his government feared that Bin Laden would bring the wrath of the Americans down on them. They urged him to expel the increasingly influential Arab who ran a series of jihadi training camps in the Pashtun southeast. But Omar refused to expel Bin Laden, even after 9/11. When asked by a reporter if he would turn Bin Laden over to the Americans after this attack, he said “No. We cannot do that. If we did, it means we are not Muslims, that Islam is finished.” With these words he doomed his fanatical regime, for Omar did not believe the Americans would attack his land-locked country located in the heart of Central Asia.

As the American laser and satellite-guided bombs decimated his fighters by the thousands and even destroyed his compound in Kandahar, Mullah Omar’s army melted away before horse charges led by Northern Alliance Uzbeks, Tajiks and Hazaras and US Green Berets. A shocked Mullah Omar was last seen riding off into the night on a moped. He and thousands of his devoted followers regrouped in the neighboring Pashtun tribal regions of Pakistan and vowed to wage a jihad to liberate their land from the American “infidels.”

In succeeding years the Taliban morphed into a insurgent terror group under the influence of Al Qaeda and adopted suicide bombing (which Omar initially rejected), IEDs, and swarm attacks. As his followers died in the thousands fighting the Americans, Omar remained hidden from view and was not filmed or photographed. By 2014 some commanders began to demand that he make an appearance and rumors that he was dead began to circulate.

When it was announced, Omar’s death was celebrated across Afghanistan by moderates, the Northern Alliance ethnic groups, women etc. but many of his disaffected followers have already gone on to join a local branch of ISIS known as the Vilayet of Khorasan (i.e. the Region of Greater Afghanistan). Unlike Omar, who had no aspirations to spread terror across Eurasia, these fanatics dream of a borderless jihad and trans-national Caliphate. It remains to be seen whether Omar’s death will splinter his movement, which was kept largely intact by his semi-divine rule, and possibly lead to the rise of even more fanatical manifestations of Islamic radicalism in Central Asia.