The Bubble of Emerging Markets Pops

Guy Laron, a lecturer in the Department of International Relations at the Hebrew University of Jerusalem, is the author of Origins of the Suez Crisis: Postwar Development Diplomacy and the Struggle over Third World Industrialization, 1945-1956 (Johns Hopkins University Press, 2013). 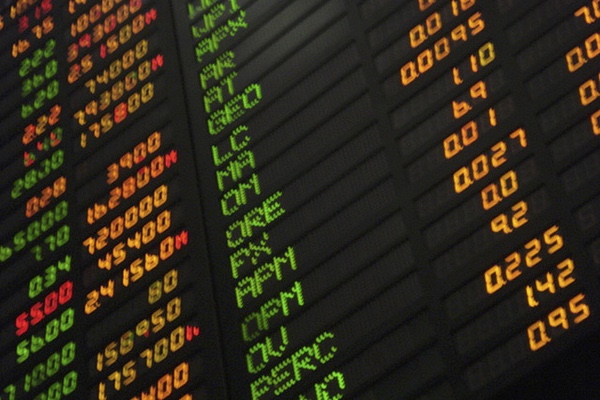 In 2008, when the global economy was about to collapse, there was only one ray of light: the economies of developing countries such as China , Brazil, Russia and India, which received the elegant acronym, the BRICS. In that year, BRICS countries grew by 8 to 9 percent while economies in Europe and North America posted negative growth. Policy makers and the pundits responded to that development with breathless rhetoric. In 2008, the Economist argued that emerging markets were able to “decouple” their economies from the recession in the developed world and would continue to maintain high rates of growth. Two years later, Robert Zoellick, World Bank President, argued in a 2010 speech that: “the developing world is becoming the driver of the global economy. Led by emerging markets, developing countries now account for half of global growth and are leading the recovery in world trade.” Investors have responded enthusiastically by shipping $2 trillion to 19 emerging economies between 2009 and 2014. 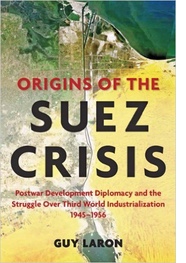 Nowadays, the headlines are very different. Growth in the BRICS has declined (3-4% a year) and is closer to developed world levels (0-3%). The international media uncovered in the last few years the overleveraged banking system in China, the underperforming education systems in India and Brazil, the overinvestment in infrastructure building in China (including the creation of ghost towns) and the underinvestment in infrastructure creation India. Brazil has experienced this year a deep recession. Russia’s economy is shrinking under the double whammy of falling oil prices and economic sanctions.

For those familiar with the economic history, these rapid fluctuations are no surprise. The pattern of violent economic cycles of ebb and flow throughout the economic periphery was repeated during the 20th century again and again. For instance, during the late 19th century, Argentina grew rapidly and became wealthy thanks to the abundance of cheap and fertile land. But in 1890 Argentina experienced a severe recession with its GDP falling by 11 percent between 1890 and 1891. Likewise, industrial growth in Japan after World War II caused Americans to fear that Japan was about to take over the US economy. But during the 1990s the Japanese had their own real estate crisis and the price of labor in Japan begun to rise. Japan never fully recovered. By the nineties, though, the so-called "Asian Tigers" such as Indonesia and Thailand seemed to be well placed to inherit the Japanese mantel. By the end of that decade, large foreign capital inflows into Thailand, Indonesia, South Korea and the Philippines excessively inflated the value their currencies. Eventually, in 1997, Asian currencies collapsed creating worldwide instability.

In each of these episodes, investors’ money chased whatever hot trend that was out there, whether it was the cattle herds in 19th century Argentina or cheap labor in 20th century Asia. Investors glibly extrapolated bursts of rapid growth into the future, not taking into account that their capital inflows might create too many farms or too many factories. At the end of the day, there is a limit to the amount of beef people can consume or the number of smartphones they need to buy. Not considered either were demographic trends or the capacity of small economies to absorb large flows of foreign investments. While situations varied, the result remained the same. When their money was at risk, investors rushed to withdraw their investments triggering an inevitable economic collapse in developing countries.

In retrospect, the talk in 2008 about emerging markets as new drivers of global growth was at best premature. China and other developing countries did not really find a way to ‘decouple’ their economies from those of developed countries. When the crisis hit, China maintained its impressive rate of growth by first, enacting a $586 billion stimulus plan and by, secondly, letting its banks triple their lending. As long as that worked, commodity prices remained high, and large commodity exporters such as Russia and Brazil prospered. But that was not the result of a new dynamism in their economies. Rather, it was the effect of them being the suppliers of the Chinese factories that kept on churning goods fueled by debt and cheap credit. This could not have continued forever and now the recession in the developed world is finally catching up with China. With industrial production in China going down, the price of raw materials, such as copper, tin and oil, has fallen by 10 to 20 percent in the last year. Predictably, investors have responded by withdrawing $1 trillion dollars from emerging economies in the last 13 months. As history teaches us, this is an ominous trend. This is exactly how the 1929 financial crisis came about.

Back then, low interest rates in the U.S. kept the world economy growing nicely and commodity prices high. Investors flocked to put money into raw materials producing economies. However, as in our day, overinvestment created an overcapacity to produce. With more and more cotton, wool, corn and tobacco being dumped in world markets, their prices declined. As a result, investors withdrew their investments and reinvested the money in Wall Street. When the Fed observed the creation of a stock market bubble, it responded by raising its interest rate. People who wanted to take advantage of the higher rates rushed to sell their stocks to deposit the money in the bank. The problem was that all of them were doing so at the same time and the American stock exchange crashed. The recession unleashed in America, took the whole world economy down with it. As in the 1920s incoming inflows from the developing world are heating up the American stocks market and the Fed is making preparations to raise interest rates. Will history repeat itself?