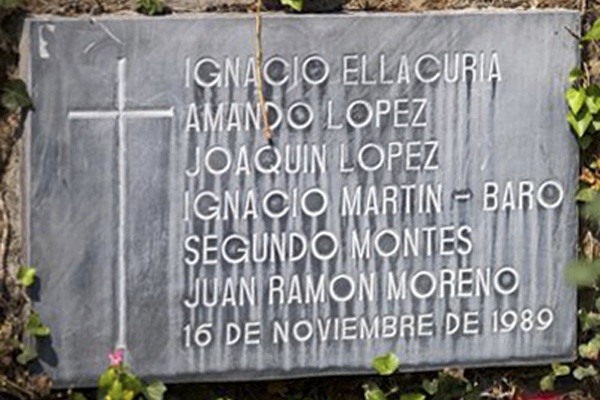 On November 16, 1989, members of the Atlacatl Battalion, an elite unit of the Salvadoran Army, executed six Jesuit priests, the priests’ housekeeper, and her sixteen-year-old daughter. These murders once again brought global attention to the bloody realities of the Salvadoran Civil War. Since the signing of the peace accords in 1992, the United States’ intervention in the Salvadoran conflict – and its application of counterinsurgency, or COIN – has been widely hailed by military writers as a success. This November marks the twenty-sixth anniversary of the brutal slaying perpetrated by the Atlacatl battalion. On such an occasion it is appropriate to closely scrutinize the “success narrative.” Ultimately, Washington’s COIN policies contributed to the prolongation of the conflict, the further devastation of El Salvador, and distortions in the country’s socioeconomic system.

Jimmy Carter’s decision to renew non-lethal aid to El Salvador in 1979 marked the beginning of approximately twelve years of U.S. intervention in the Salvadoran Civil War. Carter’s successor, Ronald Regan, used the powers of the executive branch to significantly boost military aid to the United States’ beleaguered ally. While Washington’s main goal was to prevent the overthrow of the Salvadoran government, American aid also sought to limit human rights violations. U.S. operatives attempted to curb these abuses by professionalizing the Salvadoran military. The “crowning achievement” of this program was the creation of aggressive commando forces known as rapid reaction battalions. These battalions were considered to be the most elite and professional units in the Salvadoran armed forces. Ironically, several of these units participated in some of the most notorious incidents in the conflict.

Many of El Salvador’s top military leaders during the civil war received training at the U.S. School of the Americas. Over the course of several decades, the school instructed its Latin American students in the art of COIN and combating revolution. COIN uses a variety of economic, military, and political measures to defeat insurgency and prevent its reoccurrence, including economic and political reforms, reconstruction, and, of course, fighting. Thus, this strategy extends beyond the mere killing of insurgents; it is armed nation-building.

U.S. service academies also promoted the National Security Doctrine. This doctrine viewed “subversive” activities with a broad lens that included individuals and organizations involved in political opposition or even ecclesiastical activities deemed hostile to the state. In El Salvador, individuals fitting this description – including Jesuit priests – often paid with their lives. U.S. efforts to strengthen the Salvadoran army ultimately created forces that spread terror throughout the country.

Counterinsurgency is often associated with the phrase “winning hearts and minds.” Recently, commentators such as John Nagl have presented COIN as a thoughtful and humane strategy which respects the lives and rights of civilians. In El Salvador, government forces attempted to woo the population through traveling fairs, giving pep talks, providing dental and medical care, and implementing grassroots development efforts. Typically, the Salvadoran military played the leading role instead of the appropriate civilian agencies. Unfortunately, the military’s involvement in development programs caused more harm than good; it led not only to a militarization of aid, but also to the designation of civilians as targets for retaliation and retribution. As El Salvador and other American experiences with battling insurgency demonstrate, COIN interventions are often as destructive as conventional conflicts.

Despite its failings, the Salvadoran intervention has been cited as an example of a successful counterinsurgency effort. In 2005, as the Second Iraq War spiraled out of control, policymakers from the Pentagon and the George W. Bush administration met in Washington to discuss how to defeat Iraqi insurgents. One of the examples discussed included the American intervention in El Salvador. Journalists who covered the meeting labeled it the "Salvadoran Option." This plan proposed creating elite commando units and paramilitary forces to hunt down Sunni insurgents—both in Iraq and Syria. For those familiar with the Salvadoran conflict, these measures seemed eerily reminiscent of the death squads who terrorized El Salvador.

Less than twenty five years ago, the Salvadoran Civil War ended. Unfortunately, the various socioeconomic grievances that fueled the conflict have not been satisfactorily resolved, despite approximately twelve years of war, billions of U.S. aid, and the establishment of peace. Spiraling gang violence, illegal immigration, and a flawed socioeconomic system that continues to fail the majority of its citizens plagues Central America’s smallest country. In El Salvador today, access to opportunity and wealth continues to remain concentrated in the hands of the few.

Most of the parties responsible for atrocities like the Jesuit killings in San Salvador have escaped responsibility for their crimes. As of 2015, the U.S. government has just begun to pursue extradition and deportation for some of the primary figures accused of carrying out abuses and killings in El Salvador – each of them trained in the art of counterinsurgency by U.S. personnel.  For those who seek justice for victims of human rights abuses, the challenges remain daunting.  Recently, unknown individuals burglarized the office of the director of the University of Washington Center for Human Rights (UWCHR); this crime transpired after the group filed a freedom of information suit against the CIA. As a statement issued by the UWCHR acknowledged, this crime was potentially an “act of retaliation for our work.”

As El Salvador’s security situation deteriorates, the Salvadoran government’s ability to provide essential services and address the conditions that make gang membership desirable or inevitable will become increasingly difficult. Thus, the state’s inability to tackle these issues will arguably pave the way for the cycle of violence to continue.

The Salvadoran example demonstrates the shortcomings of Washington’s strategy to defeat insurgency. Extensive American aid failed to inflict a decisive defeat against its enemy and address the socioeconomic issues that led to war, and instead prolonged the conflict. Even the most trumpeted achievement –democratization – happened as the direct consequence of the FMLN’s war against the Salvadoran state. Nonetheless, the U.S. continues to use flawed policies from previous conflicts such as El Salvador for contemporary contingencies. Unfortunately for the U.S. and the people affected by American policies, these have reaped similar results.