Another Reason for Progressive Catholics to Cheer Francis 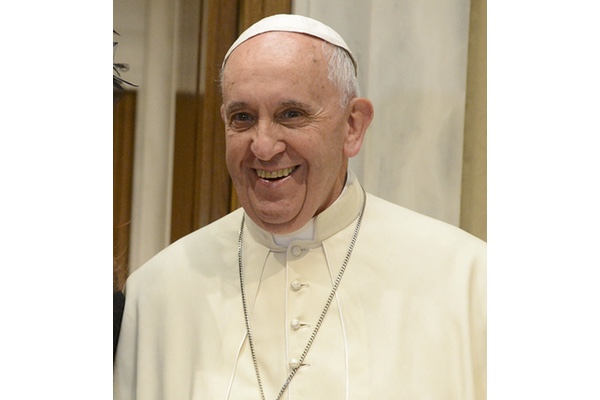 There was welcome news for progressive Catholics when the Vatican announced that effective this Holy Thursday women will be officially included in the Maundy rite of foot washing. In John 13:14-16 Jesus says “If I then, your Lord and Teacher, have washed your feet, you also ought to wash one another’s feet…. a servant is not greater than his master; nor is he who is sent greater than he who sent him.” On Holy Thursday Catholics and other denominations imitate Jesus to remind the faithful of the role of the Church as servant to the world.

It is a beautiful evocation of the humility of Christ – that who was highest could become man and serves those who were lowest. When clergy from the parish priest to the pope wash the feet of the faithful it is in emulation of Christ’s service. Yet feminists have correctly blanched at the prohibition at including women, a reminder of their second-class status afforded throughout church history. There was room for hope in 2014 when Pope Francis confounded traditional expectations only two weeks after his election by performing the rite at a youth prison, the first time it occurred outside of St. Peter’s. Even more distressing to conservatives was the inclusion of women and Muslims. Pope Francis suggested a change regarding the rite in the missal, which will finally be implemented this week.

He writes “that from now on the pastors of the Church may choose the participants in the rite from among all the members of the People of God.” Vatican-observers should not necessarily read too much into the alteration. Many American churches already allow the practice, and it is a long road from allowing women in the rite (which is not a sacrament) to ordination (which is). The media often portray Pope Francis as a liberal, this is not as correct as saying he is a reformer. He is justifiably lauded for his critical positions on global poverty, ecological issues, and interfaith relations. Yet the media gloss over that these are not innovations but rather continuations of social justice teachings which were also espoused by his predecessors. Progressive critics have not unfairly argued that Pope Francis’ reforms amount to more of a shift in style than substance.

Yet as Fr. James Martin SJ, a noted progressive Catholic priest tweeted earlier this year: “This is a significant change in the Holy Thursday liturgy.” While some progressives may wish for wider systemic change, conservatives see pernicious relativism within the Church. For example, enthusiastic convert to old-time Catholicism Ross Douthat often opines on the softening of church doctrine. Douthat has gone apoplectic at Pope Francis, with only the true fervor of a convert who believes he is “more Catholic than the pope.” Writing about the possibility that divorced Catholics might be allowed to take the Eucharist, Douthat said, “To change on that issue, no matter how it was couched, would not be development; it would be contradiction and reversal.” He dangles the specter of schism, arguing that the “pope may be preserved from error only if the church itself resists him.”

While the revised Maundy ceremony does not rise to the level of altering an actual understanding of the sacraments, conservatives still see this as a dangerous precedent which may allow for more radical change – precisely what many liberals hope for. But when Douthat and others of his ilk claim authenticity, they are acting in bad faith. One need not be a relativist to understand that practices, rituals, and beliefs reflect individual historical contexts. This is, after all, precisely what tradition is. Theology may be the Queen of the Liberal Arts, but she is also still the product of humans. Once we admit that all theologies – “liberal” or “conservative” – are very human things, we can begin to understand that conservative traditions evolved just like anything else.

Claims to tradition are more rhetorical maneuvers than historical facts. To cede ground to conservatives that they represent a “truer” Catholicism is to give them an ideological victory. There is no heresy in admitting that theology is a human creation, and that the Catholic Church has a history like anything else. Much of what conservatives tout as eternal has its origins in the Gregorian reforms, or the Counter-Reformation, or later. Remember that this particular ritual has only been included as a specific part of the Maundy Mass since 1955.

Liberals can cite historical precedent for their own positions. Scholars like E.P. Sanders, John Dominic Crossan, Marcus Borg, and the participants of the Jesus Seminar have complicated the standard view of the Church’s development. In particular the figure of Paul, whom progressives often bemoan as the originator of Christian chauvinism, and who conservatives cite in their justifications for excluding women, has undergone scholarly reevaluation. Some argue that there is convincing evidence that 1 Corinthians 14:34-35, a line in the Pauline epistle used to justify women’s religious inequality, may be a later interpolation. Or consider Thecla, who in apocryphal writings is a platonic partner and religious equal to Paul.

But maybe most salient of all is Paul’s confirmed writing in Romans 16:7: “Junia, my kinsmen… of note among the apostles, who also were in Christ before me.” Some translations convert “Junia” to a palatably masculine “Junius,” but the vast-majority of Koine manuscripts record this name in the feminine. What’s even more provocative are the scholarly debates about the phrase, “of note among.” Some argue that it is more properly translated as “outstanding among,” an example of the supposed arch-misogynist Paul claiming that a woman was an apostle. Keep this in mind when conservatives claim that Pope Francis is inventing doctrine. They can of course ignore the pope and Paul as well. After all, in some of their embrace of a profoundly materialistic free-market orthodoxy and rampant militarism, they’ve already demonstrated they feel more than free to ignore Christ.