Get to Know the Semifinalists for the National Book Award

Jennifer Freilach is an HNN intern.

In early October these five historians were informed that they were selected as semifinalists for the National Book Award. We asked them to tell us what drew them to their subjects.  These are their answers. 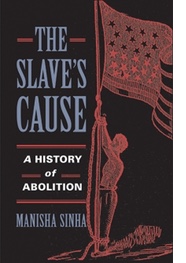 Manisha Sinha is a professor at the University of Massachusetts, Amherst, and is the recipient of fellowships from the National Endowment for the Humanities among several others. She was nominated for The Slave’s Cause: A History of Abolition.

I had long planned on writing a book on abolition because I was unsatisfied with the way in which its history had been told in a fragmented fashion. Much of the considerable scholarly work on abolitionists since the 1930s and 1940s went beyond caricature but most books in American history, especially textbooks, relied on outdated simplifications. While a bland celebration of abolitionists with their radical edges shorn off inhabited popular culture, most American historians viewed them as predominantly white bourgeois reformers burdened by racial paternalism and economic conservatism.

Since the emergence of African American and Women’s history as fields of study in the mainstream academy, several good books on black and female abolitionists were published but none were incorporated into a new understanding of the movement. I wanted to write a new history of abolition that would not only be comprehensive but reevaluate it as a radical, interracial social movement. I extended its chronological boundaries by going back to the revolutionary era rather than simply concentrating on the classical pre-Civil War period and I centered not just African Americans but slave resistance in the history of abolition.

I purposely wrote this book not just for the academy but for a broad public audience. My first monograph was an academic book based on my dissertation and written mainly for other scholars and students. I deliberately wrote this book in a narrative style that would appeal to a broader audience and included many illustrations to recover the stories, names, and faces of ordinary men and women, black and white, who battled against forces far more powerful than them to combat human bondage. At the same time, I conducted a lot of research and included large footnotes for students of the subject and American history, especially since the book did not have a Bibliography. I finished the manuscript in 2013 and spent two years editing down the manuscript, honing its narrative style, before submitting it to the publishers. The result was a book that went into production fairly quickly, did not need much copyediting and proof reading. I was pleased that the book resonated with the wider audience I was seeking as well as with the scholarly community. The proof, as they say, was in the pudding.

Ibram X. Kendi teaches African American history at the University of Florida. He was nominated for Stamped from the Beginning: The Definitive History of Racist Ideas in America.

I initially had not planned to write Stamped from the Beginning. I intended to write a history of the origins of Black Studies in higher education in the late 1960s. I decided to write my first chapter on the history of scientific racism, to show what the founders of Black Studies were struggling against beginning in 1967. When I finished, I had ninety pages and a heavier bag of revisionist thoughts about the enduring history of racist ideas. In early 2012, I started thinking I may have a book on my hands, weeks before I learned about the tragic death of Trayvon Martin.

I decided to write a scholarly history that could be devoured by as many people as possible—without shortchanging the serious complexities—because racist ideas and their history have affected all of us. It was not easy—and not just due to the controversial subject matter. I ended up composing Stamped from the Beginning during one of the most trying times of my life. These difficulties did not just stem from learning, nearly every week, about yet another tragic killing of an American by police officers. I also had to swallow my sadness in order to comfort and support two loved ones as they fought against the same debilitating disease. Watching my loved ones and all those newsfeeds about police brutality, I was continuously reminded about the fragility of life.

I thought about dedicating the book to my two loves ones. But fortunately they recovered and are living out their meaningful lives. Unfortunately, I cannot say the same for so many people. I cannot say the same for Trayvon Martin and Rekia Boyd and Michael Brown and the name I started saying around the time I finished Stamped from the Beginning, Sandra Bland. I dedicated the book to “the lives they said don’t matter.” 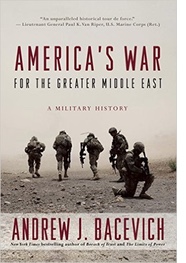 Andrew J. Bacevich, a professor of history and international relations at Boston University, was nominated for America’s War for the Greater Middle East: A Military History.

Here's what prompted me to write the book:  I could not understand how in the Islamic world the United States could stumble from one intervention to the next without a) any signs of success; and b) any apparent curiosity about what might be the problem.  I wanted to understand the sources of American hubris and shortsightedness. 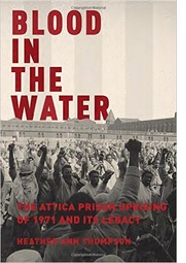 Heather Ann Thompson, an historian at the University of Michigan, was nominated for Blood in the Water: The Attica Prison Uprising of 1971 and Its Legacy.

One might well wonder why it has taken forty-five years for a comprehen­sive history of the Attica prison uprising of 1971 to be written. The answer is simple: the most important details of this story have been deliberately kept from the public. Literally thousands of boxes of documents relating

Nevertheless, because of two extraordinarily lucky breaks I had while I was trying to write this book, the history you are about to read is one that state officials very much hoped would not be told.

The first was most important. In 2006 I stumbled upon a cache of Attica documents at the Erie County courthouse in Buffalo, New York, that changed everything. When I walked into that dim file room at the courthouse I was taken aback. In front of me, in complete disarray on floor-to-ceiling metal shelves, were literally thousands of pages of Attica documents. In this mess was everything from grand jury testimony, to depositions and indictments, to memos and personal letters. Most stunningly, though, I found in this mountain of moldy papers vital information from the very heart of the state’s own investigation into whether crimes had been com­mitted during the rebellion or the retaking of the prison. In short, I had found a great deal of what the state knew, and when it knew it—not the least of which was what evidence it thought it had against members of law enforcement who were never indicted.

All of the Attica files that I saw in that dark room of the Erie County courthouse have now vanished.  But all that I learned from those documents back in 2006 can’t be unlearned, And I decided to include all that I learned in this book.

Of course, even this book can’t promise Attica’s survivors the full story. The state of New York still sits on many secrets. This book does vow, how­ever, to recount all that I was able to uncover, and by doing that, at least, perhaps a bit more justice will be done. 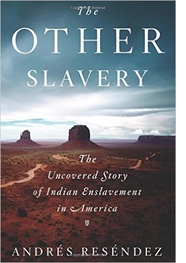 Andrés Reséndez, an historian at UC Davis, was nominated for The Other Slavery: The Uncovered Story of Indian Enslavement in America.

As so often happens, I stumbled on this topic while working on a previous book about three European and one African survivalists who were enslaved by Indians in the sixteenth century in what is now the American Southwest.  To add context to this story, I read everything I could about Indian slavery and turned up enough information to pique my curiosity.

First of all, it was fascinating to me that even small nomadic bands on the coast of Texas were willing to enslave these castaways who were utterly incapable of hunting, fishing, or generally pulling their own weight.  These strangers may have represented additional arms but also more mouths to feed. Yet, slavery happened even in such difficult environmental conditions.

More significantly, after these four men were able to escape their captivity and walk across North America, the first group of Europeans that they encountered on the Pacific side was a cavalry unit of Spanish slavers.  Clearly, Spanish slavers represented the cutting edge of an empire that was extending northward from central Mexico in the 1530s.  These incidents stayed with me and made me believe that the phenomenon of Indian slavery—both Indian-on-Indian and European-on-Indian—had been a much bigger deal than generally believed as many recent works have detailed.