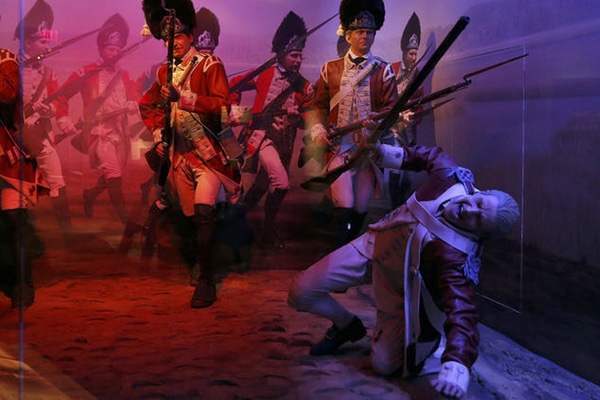 Silhouettes of soldiers, rifles in hand, glide across a corridor wall within the American Revolution Museum at Yorktown.

The technology, seemingly simple, was precisely crafted and placed to immerse visitors in the history, the story, of the American Revolution.

The silhouettes psychologically transition passersby from the rising tension between Britain and the American colonies to action, revolution. As visitors pass the projector, their shadows join the forward march.

Of course, not all media in the museum is as subtle as silhouettes—the four-dimensional Siege Theater, four years and $4 million in the making, bombards visitors with sensation as it places them in the middle the 1781 Siege of Yorktown. The elements serve the same immersive goal.