The Disturbing Factor that Shapes Our Attitudes About the Electoral College, Primaries and Direct Democracy

Geoffrey Cowan is a University Professor at the University of Southern California where he holds the Annenberg Family Chair in Communication Leadership. His most recent book is Let the People Rule: Theodore Roosevelt and the Birth of the Presidential Primary (W. W. Norton, 2016). 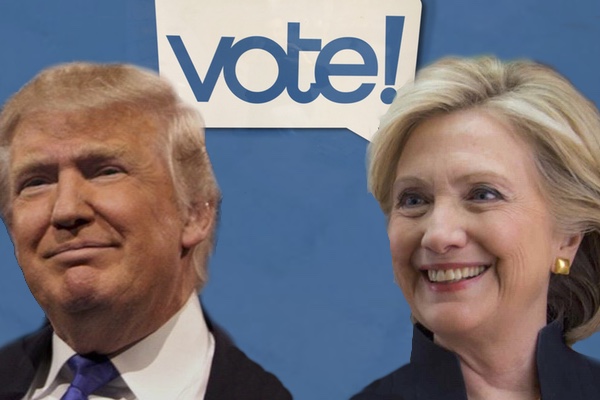 It was more than a bit surprising when, shortly after my book about Theodore Roosevelt and the birth of presidential primaries was published a little more than a year ago, the review in the Washington Post started with these words: “If Donald Trump wins the Republican nomination against the wishes of party leaders, he should send a note of thanks to Geoffrey Cowan.” The reviewer, historian H. W. Brands, was purposely conflating the topic of the book with my own role in expanding the number of primaries in 1968. He did not suggest what reward I should get if Donald Trump were to win the presidency.

At the time, I found the sentence a bit amusing. My book talks often carried a title such as “Are Primaries Good for Democracy?” Notwithstanding the problems associated with the current primary system, many anticipated by the founders who tried to balance popular democracy with representative government, my answer was a fairly resounding reply in the affirmative. I pointed to the cases of JFK, Ronald Reagan and Barack Obama. None would have won without primaries. Even though it is a bit glib, it was fun to quote Winston Churchill’s quip that “Democracy is the worst form of government – except for all the others.”

In the past few months, however, democracy skeptics have begun to multiply. Some have done so in reaction to the nomination and then election of President Trump, but the concern is much wider. Populist movements have derailed the efforts of liberal democrats with votes on Brexit, on the reform of government in Italy, and on an agreement with the FARC rebels in Columbia. Almost three years ago, Viktor Orban, the popularly elected President of Hungary, warned that democracies tend to be dysfunctional and expressed a preference for more authoritarian models of government including those in Singapore, China and Russia. His concept of what is sometimes called “illiberal democracy” has been embraced by the current leadership in Poland and by some of the emerging right wing and possibly ascendant political parties in Europe.

Democracy skeptics are emerging in the United States as well. The number of initiatives in some states has become dizzying. This past fall California voters were asked to grappled with seventeen initiatives on the statewide ballot – on topics ranging from the death penalty to taxes to health care to the legalization of marijuana – as well as with many others at the local level. After a series of initiatives in Colorado, that state’s voters passed one in November making it more difficult to decide issues by popular vote.

Both major political parties will consider reforms of the presidential nominating process for 2020 including the extent to which there should be some form of super-delegates to balance the impact of primaries. Recent polls by the World Values Survey have found that some 44 percent of non-college graduates in the United States “approve of having a strong leader unchecked by elections for Congress.” Libertarian Peter Theil, a Silicon Valley billionaire who spoke at the Republican convention and is considering a run of the US Senate from California, told the Cato Society: “I no longer believe that freedom and democracy are compatible.”

When Hillary Clinton won the popular election by almost 3 million votes but lost the presidency due to the way that votes are distributed in the Electoral College, her supporters found themselves arguing both sides of the divide between democracy and popular government. On one hand, many held that we should abandon the Electoral College and allow the winner of the popular vote to serve as president. Others, however, quoted Alexander Hamilton’s Federalist 68, which explains that that the founders wanted the Electoral College to serve as a deliberative body (or group of deliberative bodies since the members were to meet in their respective states) who could reject a candidate selected by the people as a result of “intrigue and corruption,” and particularly as the result of “the desire in foreign powers to gain an improper ascendant in our councils.”

These same issues were widely debated in 1912, when Theodore Roosevelt played a key role in starting presidential primaries. Having been president from 1901 to 1908, he decided not to seek reelection and effectively turned the Republican nomination over to William Howard Taft, a man he once called “the most loveable man I know.” But Taft proved to be a disappointment in office and life out of office was a bore, so TR wanted to reclaim the Republican nomination four years later. At first, he thought that the party leaders would turn to him out of friendship and because he would be a stronger candidate. Up to then, nominees had been chosen at national nominating conventions by political insiders with no effective public input.

Some of the more extreme progressives, including those that TR sometimes dismissed as “ultra-radicals” and the “lunatic fringe,” believed that delegates to nominating conventions should be selected by the voters and that the voters should know which candidates a delegate intended to support. They were convinced that popular democracy could cure most of the nation’s ills. Speaking for the California reformers who had created a state primary for national delegates as well as the initiative, referendum and recall, Charles Dwight Willard said that he and his friends considered popular democracy “godlike as a maker of men.”

“The one thing in the whole scheme of human affairs that we can believe in without limitation and without reservation,” Willard told TR, “[is] that the people should rule.”

Roosevelt couldn’t agree. He considered champions of popular democracy unrealistic ideologues. Writing to Willard in the spring of 1911, TR said that “Every real proponent of democracy acts and always must act on the perfectly sound belief that only certain people are fit for democracy.”

In Roosevelt’s view, the progressives were neither realistic nor pragmatic. He ticked off a series of places where the people were not educated well enough to vote, such as Haiti; places where reactionary forces had used the initiative process to thwart reforms, such as Switzerland; and places where the public had voted for corrupt politicians rather than for reformers, including his own state of New York.

You are not yet “the great moral leader of the people,” Willard told TR, but predicted he’d evolve.

Roosevelt quickly learned that Taft, as the incumbent president, was so powerful that he would win the nomination under the old rules. So when he announced his candidacy in late February 1912, TR embraced primaries and popular democracy as his core belief. His campaign theme became “Let the People Rule.” During the spring of that year he won 70 percent of the delegates selected in the 13 states with primaries. But since most states still selected convention delegates the old fashioned way, with party insiders making the choice,Taft won the nomination, prompting TR to leave the Republican Party, insisting on his devotion to popular democracy, to start a new party of his own.

My own motives for extending primaries in 1968 were equally opportunistic.

Inspired by the campaigns of Eugene McCarthy and Robert Kennedy who had won virtually all of the primaries based on their opposition to the Vietnam War, I was one of the reformers who thought it an abomination that the Democrats seemed likely to nominate Vice President Hubert Humphrey. Humphrey had not won a single primary but because most delegates were still selected by party leaders, he won the nomination. To prevent that from happening again, I helped to form a commission chaired by Iowa Governor Harold Hughes that forced the Rules Commission to send a minority report to the convention floor stating that all delegates to the 1972 convention must be selected by “a process open to full public participation in the calendar year of the convention.” That resolution was adopted by the Democratic Convention and led the Republican Party to create a similar rule.

Watching the debate this past year, it is hard to avoid the conclusion that each of us is motivated by what we consider the best outcome, not by what we consider the best process. Unlike the presidential election process, which can only be changed by legislation and, in some respects, by a constitutional amendment, the presidential nominating process can be changed by the parties themselves. They can make the process as representative or as direct as they like. In that respect, the parties have the chance to decide where they stand on representative versus direct democracy. Both the progressives of today and the democracy skeptics have a chance to make a mark. Interestingly, both sides can quote TR to make their case.

Having been damaged in the early campaign by the specter of hundreds of super delegates who seemed likely to support Hillary Clinton, the Bernie Sanders faction of the party wanted to marginalize or eliminate super delegates. The Democrats seem certain to make such changes.

If Hillary Clinton had been elected, it seems likely that the Republican Party leaders, the people referenced in H. W. Brands’s review of my book, would have insisted that the party create some form of super-delegate cadre who could block future Trumps. Now that Trump controls the Republican party, it will be interesting to see whether he and his allies make it easier or harder for an opponent to challenge him in 2020.

It’s a long way off but worth remembering that TR’s challenge to Taft for the 1912 Republican nomination is what launched presidential primaries and that Ronald Reagan ran a serious campaign against an incumbent Republican president in 1976. History may have a lot to teach us as we enter into the next delegate selection season.