William Lambers is an author who partnered with the UN World Food Programme on the book Ending World Hunger. His writings have been published by the Huffington Post, Cincinnati Enquirer, San Diego Union Tribune, the Hill and other media outlets. 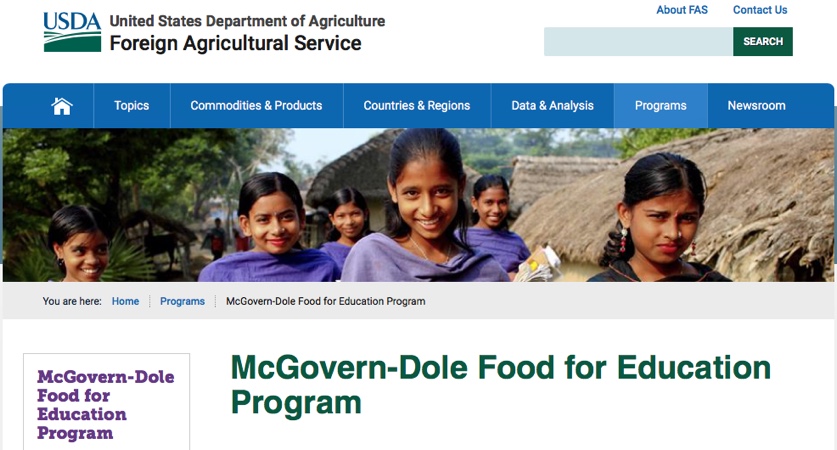 One of the greatest travesties of President Trump's budget is the elimination of the international school lunch program started by former senators Bob Dole and George McGovern.

Dole supported Trump during the campaign, a key endorsement. But in March, Dole was pleading in the Washington Post to save school meals from Trump's deep cuts to foreign aid. Dole says the school lunch program is one his greatest achievements and it will be a disaster to cut American food aid. 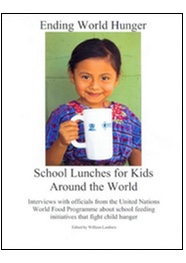 Trump should listen to Senator Dole. Along with George McGovern, Dole spent a career in the Senate fighting hunger at home and abroad. The two World War II veterans were greatly influenced by the hunger they witnessed in Europe and they became resolved to help those in need.

A great partnership was born between a Democrat and Republican, an example for today.  After they left office the two former presidential candidates started the international school meals program in their name.

The McGovern-Dole initiative feeds hungry children in developing countries. It's run by the U.S. Department of Agriculture (USDA). The World Food Programme (WFP), Catholic Relief Services, Save the Children and other charities use the funding to provide school meals for impoverished children.

WFP, for example, is currently feeding children in Haiti. Lorene Didier of WFP Haiti says McGovern-Dole funding has allowed them to feed 175,000 children a hot meal of bulgur wheat with peas in drought-affected areas. The McGovern-Dole grant accounts for almost half of the WFP provided school meals in Haiti.

The McGovern-Dole program has never received a lot of funding from Congress, around 200 million in a given year. At a time when 45 nations need emergency food assistance, according to the US famine warning system, we should be increasing our food aid. That means more school meals, not less.

Yet when President Trump cuts programs like McGovern-Dole it harms poor nations and our own security. Food is peace and stability abroad. When children are fed it saves their health and gives them a chance at a future.

Trump is an admirer of General Douglas MacArthur. Perhaps he should be more like MacArthur and think big when it comes to school meals.

MacArthur ordered a school lunch program for Japan after World War II. They started by feeding about a quarter million students and kept growing, working with the government and voluntary agencies. Food supplies were obtained by all means possible to keep the program developing. By 1948 there were school meals for around seven million Japanese children.

That is what we should be doing with McGovern-Dole, feeding children and helping develop national school lunch programs.

We should increase McGovern-Dole funding and cover as many nations as possible with school meals. Our food aid represents the best of American foreign policy.

When the Trump administration was formulating its budget and the fate of McGovern-Dole, they did not consult Catholic Relief Services (CRS), one of the implementing agencies. But let's hear from them now.

CRS has a long history of foreign assistance and school feeding going back to the WWII era. They were providing supplies to the U.S. military government's school feeding program in Austria after the war.

Today, they have several McGovern-Dole grants in action including one in war-torn Mali. CRS uses the grant to not only provides meals to hungry children but help teachers improve literacy rates, provide Vitamin A and deworming medications, and develop school gardens. Take home rations are also provided and these benefit the entire family.

Niek de Goeij, who runs CRS in Mali, explains that a number of children are not in school because of conflict and poverty. But if school feeding programs are cut the number of dropouts will vastly increase.

He says school meals are "often the primary meal (and during the hunger season the only meal) children receive and a major incentive for parents to send their children to school. Without school feeding programs, children are more likely to be kept at home to help eke out a meager living of the land. Without education, as these children grow older, they have less opportunities and are an easier prey for rebel and terrorist groups in the north. Mali needs more USDA McGovern-Dole funding, not less.”

The name of the CRS Mali program is called Jigiya, which means hope in the local Bambara language. That is what we have to remember about school meals and food aid. They represent hope for the poor and weary. They are hope for peace and a better economic future.

If we take that away by cutting school meals, what do we have left? Societies in despair with hunger and poverty cannot develop into strong allies and economic partners.

It's time that the Trump administration and Congress do more with school meals. Expanding the funding and scope of the McGovern-Dole program is a way to start.

Forget the cuts, let's feed children school meals whether in Haiti, Syria, Yemen, Mali or any of the 45 nations needing assistance.

We should work with other countries to ensure meals for children as we did after World War II when Herbert Hoover and President Truman coordinated world aid.

School meals can feed and educate a generation of children. Food for education is the backbone of generations of peace and development.