China’s Moving in on Africa. Why Africans Should Be Afraid.

St. Louis based Greg Bailey is a journalist and history writer. 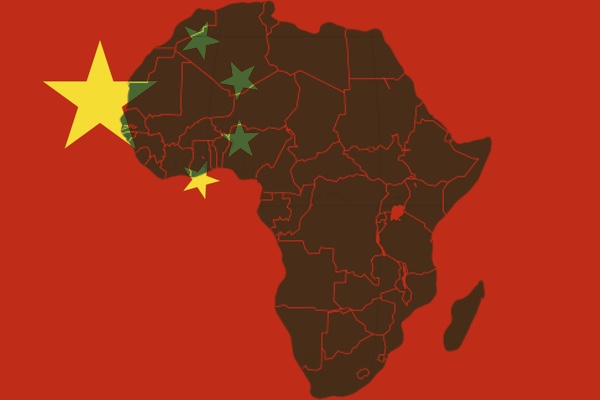 The recent news of China’s massive investment in a railroad in Kenya is just the latest development in China’s efforts throughout Africa to extend its influence, both economic and political into the continent. Chinese investment, loans and aid has exploded from $7 billion in 2008 to $60 billion in 2015 with more money pouring in every day. Chinese aid and investment, which surpassed American, doesn’t come with the baggage of Western investment – environmental concerns, protection of workers and their rights, the rule of law and regulations – which appeals to the many corrupt and authoritarian governments that are the plague of Africa.

For them, or at least many of them, China is the role model for economic prosperity without democracy or accountability, a model even more attractive now that the current administration in the White House has repudiated so many bedrock Western values. For this China receives more than cheap labor and energy and mineral wealth. Already more than 2,500 Chinese troops are in six African nations under UN auspices and China has it first overseas naval base in Djibouti extending its reach to perhaps the most strategically important parts of the world.

Chinese designs on Africa, however, did not originate with them but in fact were dreamed up at the highest levels of the British establishment in 1873. In a letter to the editor of the Times of London, the voice of upper class, Sir Frances Galton writing “to ventilate some speculations of my own,” proposed a national policy of introducing Chinese along the East coast of Africa “in the belief that the Chinese immigrants would not only maintain their position, but that they would multiply and their descendants supplant the inferior Negro race.” Galton observed that “average negroes possess too little intellect, self-reliance, and self-control to make it possible for them to sustain the burden of any respectable form of civilization without a large measure of external guidance and support. The Chinaman is a being of another kind, who is endowed with a remarkable aptitude for a high material civilization.”

Galton was more than a racist crank; he was the embodiment of the scientific community in the United Kingdom. Born in 1822 in Birmingham, Galton was the half cousin of Charles Darwin. Before his death in 1911 he produced a staggering body of work. Among other things he invented the weather map. He was not the first advocate of the practice of fingerprinting but more than anyone else introduced it to the law enforcement agencies of the world. In his studies to quantify human behavior he created the first questionnaire. He also created the concept of correlation and other terms in statistics. He was the first person to use the phrase “nature versus nurture.”

He also coined another word: eugenics. As the founder of eugenics, Galton advocated improving humanity through selective breeding, encouraging the best to produce children and discouraging or preventing the worst from reproducing. This was the basis for his scheme against Africa. “The gain would be immense to the whole civilized world if we were to out-breed and finally displace the negro.” To support his argument he offered examples of allegedly superior groups displacing the inferior throughout history. “The Chinese have a land hunger, as well as a love for petty traffic, and they would find a field in which to gratify both of these tastes on the East African Coast. There are many Chinese capitalists resident in foreign parts who might speculate in such a system and warmly encourage it, “ Galton wrote.

Of course, nothing came of Galton’s proposal and it was in fact quickly challenged by another letter writer accusing him of ignorance. However this offensive attitude is expressing itself in the Chinese attitude towards Africans and the growing resentment and resistance of Africans to what to them is not really different from the Western exploitation with which they are all too familiar. The revolt of miners in Zambia in 2012 resulting in the deaths of Chinese managers is not an isolated story. As China increases its footprint on the continent there will doubtless be more push back with no guarantees it will be any smoother than the rest of Africa’s beleaguered history.