Anders Walker teaches law and history at Saint Louis University and is the author of The Ghost of Jim Crow: How Southern Moderates Used Brown v. Board of Education to Stall Civil Rights. His latest book is The Burning House: Jim Crow and the Making of Modern America (Yale University Press, 2018). 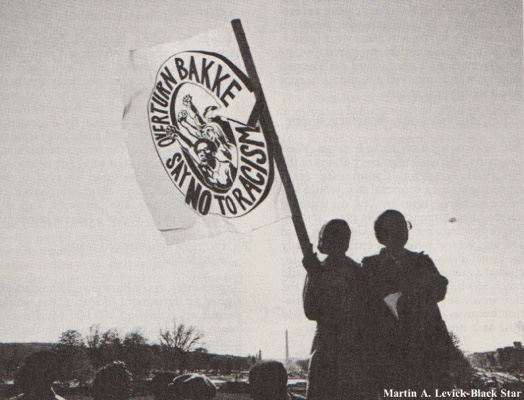 Regents v. Bakke turns 40 this year, no small feat given the numerous assaults levelled at it by students rejected from their colleges of choice based on their race (or so they believe). Even the Supreme Court itself has cast a disapproving eye on the case, arguing in 2003 that Bakke would no longer be relevant by 2028. Yet, here it is – entering middle age – and with it the compelling interest of diversity, a concept that has transformed much of American life, including universities, corporations, even the arts, but still confounds constitutional experts. How, for example, could diversity rival national security as a constitutional interest, a position taken by the opinion’s author, Justice Lewis F. Powell, Jr.? 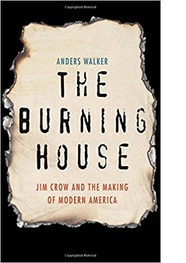 The answer, surprisingly, might lie in Jim Crow. Born and raised in Richmond, Virginia; Powell grew up in a world of profound inequality, but also rich diversity: a place where race was presumed to be a core factor of one’s identity, and where separate racial identities were reinforced by law.

In a manner that few understood at the time, Powell’s insistence on diversity had little to do with affirmative action, a program that he rejected on the grounds that most of America was made up of minorities, and that no single minority had suffered demonstrably more than anyone else – a view that really only made sense if one belonged to a patrician family from Richmond devastated by the Civil War. Unsympathetic to the idea that blacks deserved reparations for slavery, Powell saw diversity as a value of a different order, a core attribute of American society that was on full display in the Jim Crow South.

Others agreed, mainly educated white southerners who overlooked Jim Crow’s discriminatory aspect and argued instead that racial segregation promoted pluralism: separate institutions, separate traditions, even separate racial cultures. Perhaps the most eloquent exponent of this view was Robert Penn Warren (two years Powell’s senior, and the author of All the King’s Men), who wrote an essay in 1930 that cast racial segregation as a “Briar Patch,” a place where African Americans could develop their own “art” free from white interference and control. Though he believed that African Americans warranted better treatment, Warren remained unconvinced that forcing integration on the region would benefit it culturally. As he explained to Ralph Ellison in 1956, the Supreme Court’s order that the region integrate in Brown v. Board of Education threatened the region’s rich diversity, or what he called its “pluralism.”

William Faulkner advanced a similar view, portraying black society in the South as a haven free from the degenerating influences of whites, a theme that ran through his novel The Sound and the Fury, which contrasted the suicidal, intellectually disabled, lily-white Compsons with their heroic, stalwart black servant, Dilsey. Black southerners’ capacity to “endure” argued Faulkner, held out hope not just for the South, but the human race, a point he made during his Nobel Prize speech in 1950. Yet, like Warren, Faulkner also expressed doubts about the blurring of racial lines, casting integration as an inevitable step towards “miscegenation,” a phenomenon that he depicted in tragic terms via interracial figures like Charles Bon in Absalom, Absalom! and Joe Christmas in Light in August.

Even African Americans joined. Black author Zora Neale Hurston complained to the Orlando Sentinel in 1955 that Brown v. Board of Education was “insulting” to her race, in part because it presumed that white institutions were intrinsically superior to black, a position that ignored the richness of black life and culture in the South. Hurston celebrated that life and culture as early as the 1920s, leading her to become a scion of the Harlem Renaissance and a critic of white southern society, which she portrayed as violent and uncreative in her 1948 novel Seraph on the Suwanee.

Arguably no southerner celebrated the diversity of the American South more endearingly, however, than Harper Lee, who wrote into life a southern lawyer, Atticus Finch, committed to providing African Americans with better treatment but also dedicated to the sacred “code” of segregation, a code that allowed the races to live and work together in harmony, free from tension and strife. Atticus made this point clear during a rape trial in which he defended Tom Robinson, an African American, against false charges leveled by a poor white woman named Mayella Ewell. Only when Ewell tried to seduce Robinson, argued Atticus, did she disrupt the peaceful idyll of Maycomb. So long as the races kept to their respective sexual spheres, he maintained, peace reigned. Whites could even learn from blacks, like Atticus’s children Scout and Jem, who benefitted when their maid Calpurnia took them to her black church.

Though Lee modeled Atticus after her father, she could just as easily have modelled him after Lewis F. Powell, Jr. – who shared many of the same views that she did. The irony, of course, was that Powell actually was a lawyer, who ended up on the Supreme Court. That his view lives on in American law is worth noting, a legacy of the American South more inspiring than confederate monuments or the KKK, and worth commemorating.