How Come Wall Street Hasn’t Been Caught Up in the #MeToo Movement? 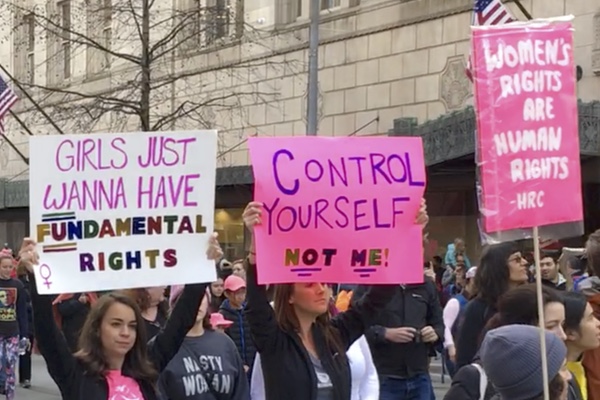 To date, the #MeToo Movement has yet to topple a single major U.S. banker. While it is likely that some will be accused of workplace sexual harassment eventually, the financial industry is not likely to see anything like the tidal wave of revelations currently striking the entertainment and media industries. Why not? Been there, done that.

High finance was long a bastion of misogyny so virulent that it had its #MeToo moment two decades ago, when #s were still just nerdy keypad oddities sometimes called the number sign. “Golden handcuffs” in the form of pay far higher than most could earn elsewhere (though far less than their male colleagues) induced many women on Wall Street to endure behaviors that would make Harvey Weinstein blush. Eventually, though, no amount of money proved sufficient to buy their continued silence.

“At Smith Barney,” Frank Partnoy noted in F.I.A.S.C.O., his 1997 exposé of Wall Street investment banks and brokerages, “women were called lapdogs, bitches, and whores. Male brokers groped women, demanded sex, and gave women genital-shaped food. At Merrill Lynch, women were humiliated by strippers at office parties. … At Lew Lieberbaum, there were strippers, cat calls, and demands for oral sex.” When a female employee complained, a male manager, in view of the whole staff, whipped “it” out and told her to keep her mouth open.

According to Susan Antilla, author of Tales from the Boom-Boom Room: The Landmark Legal Battles that Exposed Wall Street’s Shocking Culture of Sexual Harassment (2002), one third of the women at Smith Barney had been sexually coerced on the job. The same percentage had been called one or more sexual slurs by a colleague and two in five had been forced to view pornographic images in the office. Almost one in ten physically or verbally fought off unwanted sexual advances at work. Women who complained were fired on the grounds that they could not get along with their male coworkers!

One notorious Smith Barney branch in Long Island was run by a quintessential “good old boy” named Nick Cuneo, who believed that a woman’s place was in her home or in his bed. He was beloved by the male brokers he helped to enrich over the years but female employees were outraged, as were the male employees Cuneo called “faggots” or wimps. It was Cuneo’s idea to build a party room, christened the Boom-Boom Room, in the basement of the branch in 1982. For over a decade, it was debauchery headquarters.

The women decided to sue when Smith Barney attorneys told them that they sounded “hysterical” and should just quit. By October 1996, 23 women in 10 states had joined their class action suit (needed to circumvent arbitration, which was mandatory for workers in the securities industry at that time) and other women instituted suit against Merrill Lynch, then the nation’s largest brokerage and another pit of iniquity.

The negative media attention and settlement costs, which totaled over $100 million, induced Smith Barney, Merrill, Morgan Stanley, and other big Wall Street firms to implement sexual harassment training and reform outdated human resources policies and procedures. According to sociologist Louise Marie Roth in her 2006 book, Selling Women Short: Gender Inequality on Wall Street, “you would be hard-pressed to find a ‘boom-boom room’ associated with any of the major or minor firms” on Wall Street.

What has been going on behind Wall Street’s closed doors, however, is anyone’s guess. What is clear is that top bankers remain prodigiously well paid, so they have a lot to lose. But, like the entertainment and media stars being outed by #MeToo, they are already so wealthy that losing their reputations and future income may not be important enough to them to induce acceptable behavior. They certainly can afford to pay some hush money, but that isn’t always enough.

In short, some tycoons might be concerned that past, private indiscretions might be about to bite them, but stockholders in the companies run by those “masters of the universe” need not fret much because they have long since paid for the open sexual harassment once so prevalent on Wall Street.