What Ruined Frederick Douglass as a Slave? 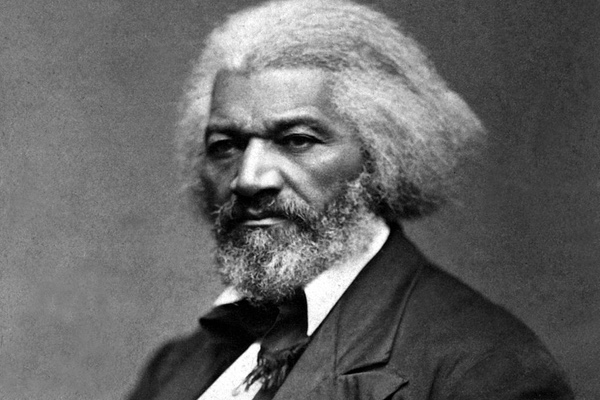 It was reading, said his master. That’s worth remembering as we debate the importance of a liberal education.

In the past few years, alarm about the decline of the liberal arts, especially the humanities, has become a constant refrain. At the university level, they are often seen as being in competition with job skills and employment prospects. But as Marilynne Robinson has reminded us, the liberal arts are not just part of the heritage of American higher education, they have long been considered an “education appropriate to free people.” One of the clearest practical examples of that can be found in the life of Frederick Douglass.

Frederick Douglass was born into slavery in Maryland in 1818 and would never know his exact birth date. He was separated from his mother at an early age and had little knowledge of his father. He witnessed and experienced the horrors of slavery. But he would escape that slavery, become a prominent abolitionist, and even one of the best orators of his time. What did Frederick Douglass identify as the turning point in his own life? It was learning to read.

In his autobiography, Narrative of the Life of Frederick Douglass, Douglass thanked Providence for the early lessons he received, as a child, on the alphabet and a few basic words from his mistress, Sophia Auld. The lessons soon stopped, when Mr. Auld learned what his wife had done. He warned her that Douglass would be “ruined” in this way and that if he learned to read, “there will be no keeping him. It would forever unfit him to be a slave.” Douglass overheard these comments. As he later wrote, “from that moment, I understood the pathway from slavery to freedom.” He continued on that pathway even as Sophia Auld turned against him, becoming cruel and striving to keep him from reading. Douglass began to bribe other boys his age to help him with his lessons and eventually acquired a copy of The Columbia Orator when he was around twelve. “Every opportunity I got, I used to read this book,” he later wrote. Together with the Bible, it was his window on the world beyond slavery. He began to dream of freedom, and eventually, to plan his escape. 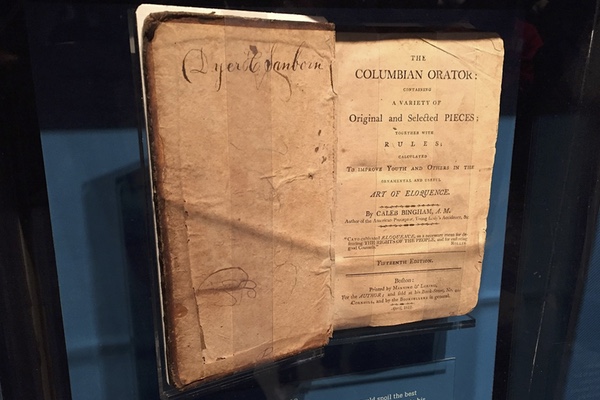 A copy of The Columbian Orator at the National Civil Rights Museum in Memphis, Tennessee - By LittleT889 - Own work, CC BY-SA 4.0

What did reading do for Douglass? It made him hate slavery more than ever. He writes, “that very discontentment which Master Hugh had predicted would follow my learning to read had already come, to torment and sting my soul to unutterable anguish.” Ability to see his own condition from other perspectives made him alive to other possibilities. Like any child with a book, his mental horizon expanded. Specifically, reading The Columbia Orator also taught him rhetoric. Douglass read speeches and debates and became accomplished himself at debating slavery. His victories in debate strengthened his own convictions. His facility with language also made him a leader, one who taught others to read and attempted to help others escape. And when he did escape, those same rhetorical skills made him an accomplished public figure and a leader in the abolitionist cause.

Were we to look at young Frederick Douglass and provide assistance for him on his road to freedom, most of us today would not suggest The Columbia Orator. We might suggest learning to read, but speeches, dialogues and dramas would not be the recommended handbook for a would-be runaway slave. Instead, we might give him a book on navigation by the stars, instructions on foraging and tracking, or a good map. We might offer food. We might think about job training. And Douglass did need supplies and practical skills, for the escape itself and to support himself afterward in the north. But his turning point with reading and his love of The Columbia Orator shows us the significance of the seemingly intangible and “unnecessary” skills offered by the humanities.

The slaveholding world saw Frederick Douglass solely in terms of his market value and his productivity as a worker. Slaveholders were never hesitant to ensure that slaves had job skills. Working was essential to being a slave. Douglass worked in childcare, labored on a farm, and learned to work caulking in the shipyards so well that he was bringing in six to seven dollars a week for his master. These skills would again be useful to Douglass after he had run away. But every slave had job skills. Many slaves even worked the same jobs as paid laborers. Many of these skills were valuable and much in life is learned through work. But there was no necessary connection between job skills and freedom. Slaveholders did not fear teaching slaves how to work. They feared teaching them to read.

For Frederick Douglass, reading ignited a fire within, broadened his horizons, strengthened his sense of self and his determination to find freedom, and equipped him to share his narrative with the world and contest the powerful pro-slavery narratives of his era. If Douglass did not have his reading, writing, and speaking ability, the world would not know his story, which described the reality of slavery and testified to the dignity of his humanity. As abolitionist Wendell Phillips wrote about Douglass’ autobiography, this was finally the lion writing history rather than the hunter.

The slavery that Frederick Douglass knew was not a metaphor. It would be wrong to suggest an equivalency between his condition and that of American workers or university students today. And there was much more than The Columbia Orator on Douglass’s road to freedom. But the power of the humanities in his life speaks to their significance. He was born into adversity but learned the value of reading at a young age. He was a boy who could not put a book down, even when owning that book might cost him dearly. He grew into a man who could hold and defend his convictions. As a master of oratory, he became a powerful and influential voice for the truth, distinguished both nationally and internationally. The liberal arts alone did not liberate Frederick Douglass from slavery but they gave him mental access to the world even while he was enslaved and, after he escaped from slavery, they propelled him to a speaking role on the world stage.