America Needs a Moral Leader in 2020

Donald J. Fraser has spent a lifetime working in a variety of capacities in government. This includes direct experience in the management of local government organizations and specialized assistance as a consultant. Fraser holds a bachelor’s degree in political science and a master’s degree in public policy and administration and is the author of The Emergence of One American Nation. 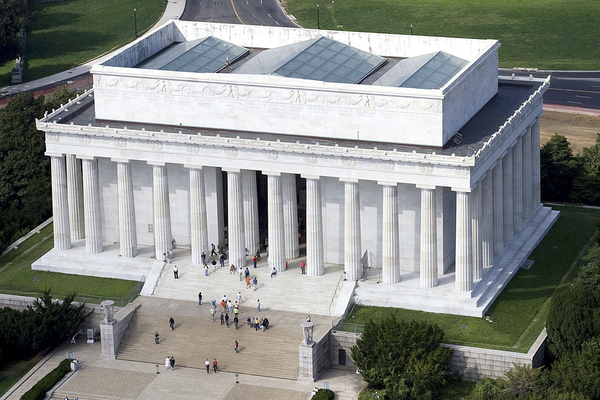 As we enter 2019, Democrats begin to debate who their nominee for president will be in 2020. Progressive or moderate; man or women; white or minority; or simply someone who can beat Donald Trump? There is no shortage of potential candidates considering a run for the White House, but in our current political climate, I would argue there is one overriding consideration: Whoever is selected as the Democratic nominee must offer America moral leadership.

Previous presidents also found that moral leadership was essential. FDR wrote that the Presidency “is preeminently a place of moral leadership.”  Lyndon Johnson once said, “I recognized that the moral force of the Presidency is often stronger than the political force. I know that a President can appeal to the best in our people or the worst.”

Moral leadership combines two important qualities. The first is the ability to distinguish right from wrong. A moral leader must not only know the difference between the two but be willing to act in the public square to implement a moral vision. The second is the ability to grow and change over time to address one’s own moral blind spots. The late James MacGregor Burns, in his book Leadership, writes that “at the highest stage of moral development persons are guided by near universal ethical principles of justice such as equality of human rights and respect for individual dignity.” Moral leadership “operates at need and value levels higher than those of the potential follower (but not so much higher to lose contact).” This is critical in democratic societies, where the power of a leader is grounded in the consent of the governed. As Burns notes in his introduction, “moral leadership emerges from, and always returns to, the fundamental wants and needs, aspirations, and values of the followers.”

Moral leadership is sadly lacking in Donald Trump, as is any ability to grow into the job of president. Many of us had hoped that the awesome weight of responsibility inherent in the oval office would force Trump to grow into the role of president. Instead, he has regressed. Take Trump’s immigration policies as an example of this pattern. Since the day he announced his candidacy, Trump has been using the fear of outsiders to garner support. “When Mexico sends its people…they’re bringing drugs, they’re bringing crime, they’re rapists, and some, I assume, are good people,” Trump pronounced at Trump Tower in June of 2015. This initial position soon became the immoral policy of separating families at the border. At last count, the New York Times reports that over 3,000 children havebeen separated from their parents, including infants and toddlers. From promises to drain the swamp, to attacks on our democratic system, Trump’s pattern of regression has been consistent.

Abraham Lincoln, however, exhibits both elements of moral leadership. From an early age he knew right from wrong on the defining issue of his time, slavery, and he was willing to make clear statements to that effect in his public life. Yet, Lincoln initially espoused many problematic views on race. The fact that he learned and changed these views over time demonstrates his strength as a moral leader.

Lincoln asserted in 1864 that he was “naturally anti-slavery. I cannot remember when I did not think and feel so.” Perhaps this was due to resentment of his father, who “regularly hired his son out to work for other farmers in the vicinity, and by law he was entitled to everything the boy earned until he came of age,” according to Lincoln biographer David Donald. At a campaign event in the 1850’s, Lincoln said “I used to be a slave,” a statement that another of his biographer’s attributed to his time working for his father without pay. Lincoln recalled how he was tormented by the sight of “ten or a dozen slaves, shackled together with irons” when he travelled by boat to New Orleans.

In the aftermath of the Kansas-Nebraska Act in 1854, which repealed the Missouri Compromise and opened additional territory to the expansion of slavery, Lincoln was stirred “as he had never been before.” While he had supported the Compromise of 1850, which had been in part fashioned by his political hero Henry Clay, he was aghast at any legislation that would allow slavery to expand beyond its then current boundaries.

In 1854, Lincoln refuted Steven Douglas’s position on popular sovereignty, under which Douglas maintained that the people of a territory had a right to vote for or against slavery. “The doctrine of self government is right---absolutely and eternally right—but it has no just application” to the issue of slavery, Lincoln said. The reason is that the “negro is a man” and “there CAN be no MORAL RIGHT in the enslaving of one man by another.”

Lincoln would return to this theme again during the famous Lincoln-Douglas debates in 1858 as part of the campaign for the Senate seat in Illinois. In the final three debates, Lincoln maintained that slavery was a moral issue. Lincoln argued that the difference between he and Douglas was “the difference between the men who think slavery wrong and those who do not think it is wrong.” Lincoln and the Republicans wanted to “prevent its [slavery] growing any larger, and so deal with it that in the run of time there may be some promise of an end to it.” Lincoln took a principled stand, not only maintaining that slavery was morally wrong, but also extending to all people, including the enslaved, the natural rights Jefferson recorded in the Declaration of Independence, especially the equal right to be paid for one’s work. “But in the right to eat the bread…which his own hand earns, he is my equal and the equal of Judge Douglas, and the equal of every living man,” Lincoln emphatically asserted to great applause at the Ottawa debate.

Yet Lincoln too had his own shortcomings as a moral leader when it came to race. In the Ottawa speech Lincoln said that he had “no purpose to introduce political and social equality between the white and black races,” and that physical differences would “forbid their living together upon the footing of perfect equality,” which was why he continued to support colonization of freed black people. Lincoln wanted to both oppose slavery and remain acceptable to white voters. He supported colonization of freed peopleboth because it was his personal opinion and because he wanted to be elected.

Yet Lincoln grew over time. “At the time of his death, he occupied a very different position with regard to slavery and the place of blacks in American society” than he did in the late 1850’s, writes Eric Foner. Frederick Douglass, who escaped slavery and became a leader in the abolitionist movement, was often critical of Lincoln. Yet when they finally met in 1863, Douglass said that Lincoln treated him as an equal, “just as you have seen one gentleman receives another.” James Oakes has written that even Frederick Douglass had come to realize the “skill, even the genius it had taken for a politician like Lincoln to maneuver the northern electorate” to accept emancipation and a more enlightened view on race relations. When evaluating Lincoln as a moral leader, one of his greatest attributes was his ability to change as new circumstances and information were presented to him.

There is one other element of moral leadership that is required in a political environment: in order to be successful, a president must be a politician. Jimmy Carter was certainly moral, yet he was a failure as president due in part to his lack of political skills. As Sean Willentz writes in his book The Politicians and the Egalitarians, Lincoln “achieved historical greatness in his later years because of, and not despite his political skills.” Part of the political skills of a Lincoln or Franklin Roosevelt was an understanding of timing, of when the public and historical conditions warranted action. During the early years of the Civil War, Lincoln was criticized for placing the preservation of the Union above the elimination of slavery. In a letter responding to Horace Greeley in the summer of 1862, Lincoln admitted that his primary goal was “to save the Union” and that if he could do that “without freeing any slave” he would do it and if he could save the Union “be freeing all the slaves” he would do that too. What Lincoln did not reveal, because the timing was not quite right, was that he had been working on a draft of the Emancipation Proclamation as he wrote his response to Greeley.

The balancing act we see in Lincoln should remind all of us that we are not looking for perfection in our next political leader, a quality which is simply impossible to find even in a moral leader. Let us try to evaluate the candidates on a moral scale, always looking for a person who can change and grow based on experience. While a president cannot make us a moral people, I still believe that the great majority of Americans are moral and yearn for leadership that elicits our finest instincts. The candidate who can appeal to “the better angels of our nature,” as Lincoln framed it, should be our next president.