William Lambers is an author who partnered with the UN World Food Program and Catholic Relief Services on the book Ending World Hunger. His writings have been published by the NY Times, History News Network, Newsweek, The Hill and many other news outlets. 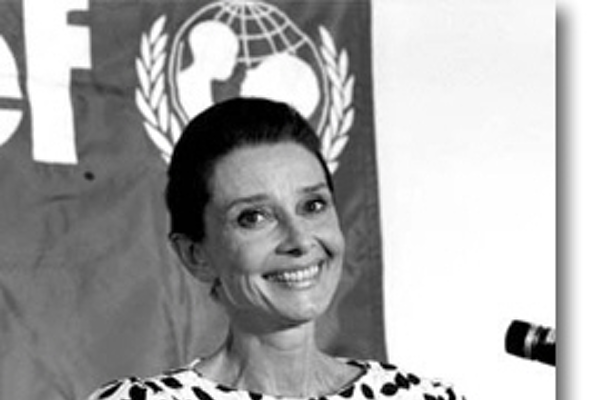 As International Women's Day (March 8) comes right after the Academy Awards, it's worth remembering a past winner for best actress. For she almost never got the chance to achieve that dream.

As a young girl, this future actress was living in Nazi-occupied Holland during World War II. As the war continued so did food shortages. It became a famine known as the Hunger Winter of 1944-45. People were starving to death. Some children never got to realize their dreams because their lives were lost to malnutrition.

This future Academy Award winning actress almost became one of a lost generation. Her name was Audrey Hepburn. She thankfully survived and so did others thanks to food aid.

The Allied Forces airlifted food into the Netherlands (Holland) near the end of the war after reaching agreement with the German forces. Truck convoys would soon follow upon liberation. The Supreme Allied Commander, Dwight Eisenhower, had organized a relief plan so food stocks were available to move in so people could eat again.

Audrey Hepburn would go on to become a star, winning the Best Actress Academy Award in 1954 for Roman Holiday. Her best role though was later in life becoming an ambassador for UNICEF, the United Nations agency which fights child hunger and disease. Audrey's own experience living in famine moved her to help children facing that same plight.

After visiting famine-ravaged Ethiopia in 1988, Audrey said “there is a moral obligation for those who have, to give to those who have nothing."  If we remember any of Audrey's lines it should be that one. There are many children today, like Audrey, who are living in areas threatened by famine.

Yemen, South Sudan, the Central African Republic, Syria, Afghanistan, Haiti, Mali and so many other nations are facing major hunger emergencies. There are future doctors, scientists, researchers, teachers, writers, farmers and even actresses among this population. But they may not get the chance to realize their potential if they are lost to hunger.

Even children who survive famine may become stunted for life. Audrey herself may have suffered some lifelong health issues from being malnourished during the war.

For the sake of humanity, we have to save these children. In a world where food is abundant no child should go hungry and lose their future.

Audrey thought her role as ambassador was to educate the world about the nightmares of famine. She knew people were good and would help once they realized something terrible was happening. As she told the Christian Science Monitor in 1992 “the world is full, I’ve discovered, of kind people. And I've also discovered once they know, they give, they help.  It’s not knowing that holds them up.

This is especially true because many people who can help are far away from the hunger emergencies. The starvation in civil war-torn Yemen or South Sudan is not often seen in media coverage. They need ambassadors, maybe you, to change that. You could educate others for example, that 70 percent of Yemen’s population lives in hunger and relief agencies are short on funds to help them.

We need to support relief agencies like UNICEF, the World Food Program, Save the Children, Catholic Relief Services, Mercy Corps and others fighting hunger. These charities on the frontlines of famine are desperately short on funds. Much more resources are put into military expenditures rather than feeding the hungry.

We should increase funds for the U.S. Food for Peace program, which was started by Eisenhower. The McGovern-Dole school lunch program, which feeds children in developing countries, should also see more funding.

We need to step up our diplomatic efforts to resolve conflicts that are causing so much hunger. We need to fortify peace agreements with food aid.

Global conflict, hunger and displacement are at the highest levels since the World War II era. We still have time to save many children who are suffering. As Audrey reminds us, we have a moral imperative to take action and save lives.