Long before #MeToo, women in many parts of the world organized successful campaigns against sexual violence

Alka Kurian is a Senior Lecturer at the School of Interdisciplinary Arts and Sciences at the University of Washington, Bothell. 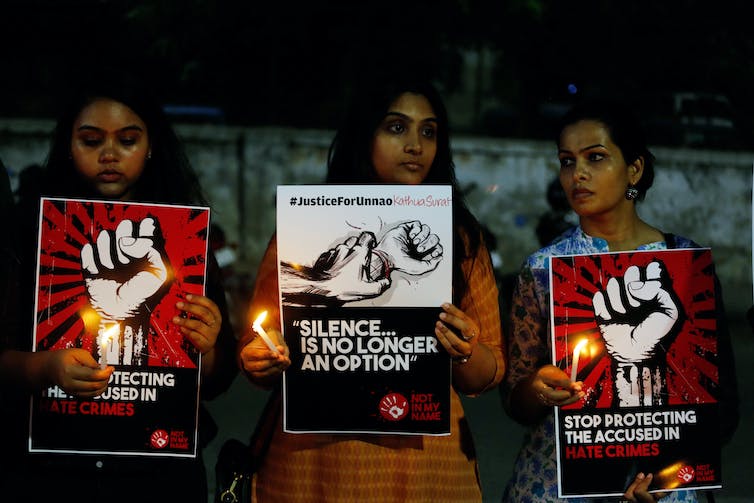 Just two months after allegations of sexual abuse against Hollywood film mogul Harvey Weinstein came to light in a 2017 New York Times article, women in at least 85 countries began using the the hashtag #MeToo, to speak against sexual harassment.

In China, sexual misconduct accusations led to the firing of a professor at a top university and the resignation of a high-profile Buddhist monk. In Egypt, it was a highly regarded leader of the Arab Spring who was forced to resign. And in India, sexual misconduct accusations caused a major uproar in Bollywood and forced the resignation of a leading politician and minister.

While the success of #MeToo testifies to the power of social media in putting the spotlight on the culture of misogyny across the world, as a scholar who studies feminism, I know it’s not the first movement of its kind.

Women in countries such as India, Pakistan and others have long organized successful campaigns against sexual harassment.

In 2009 Indian women organized a successful campaign called #PinkChaddi, or “pink underwear,” against the culture of moral policing by Sriram Sene, a right-wing group that attacked young women in bars and young unmarried couples in public spaces on Valentine’s day.

Through a Facebook campaign, Nisha Susan, an employee of India’s leading investigative political magazine Tehelka invited women to send this right-wing group pink underwear on Valentine’s Day. The campaign caught women’s attention across the country and resulted in more than 2,000 women sending pink underwear to the group.

In another campaign called #PinjraTod: Break the Locks, female students in Delhi came together in 2015 to protest sexist curfew rules in university halls. The students said the rules were used to stifle the freedom of women as the only way to deal with the culture of sexual violence.

At the time, the campaign forced university authorities to relax some of the rules. And today, it has grown into a larger movement across India’s major cities for bringing in meaningful policies against sexual harassment.

The biggest campaign came in 2012, in the aftermath of the gang rape and murder of the 23-year-old medical student Jyoti Singh on the streets of Delhi. The brutal rape triggered an unprecedented nationwide outcry, mostly by middle-class India. The protests forced the government to change its law against rape. They also led to enhanced penalties for offenders and criminalization of stalking, voyeurism and acid attacks on women.

Central to this protest was the role played by social media in urban India where women had long been frustrated by corruption and rising crimes. Since early 2000s, young tech-savvy millennial women had been agitating online against the culture of sexual violence in the country. The 2012 incident became a flashpoint.

While mainstream media coverage of the rape intensified the movement, it was digital activism that moved people from online protests to street demonstrations. Text messages, WhatsApp, Facebook and Twitter hashtags such as #Nirbhaya and #StopThisShame were used to express a collective rage and mobilize people. 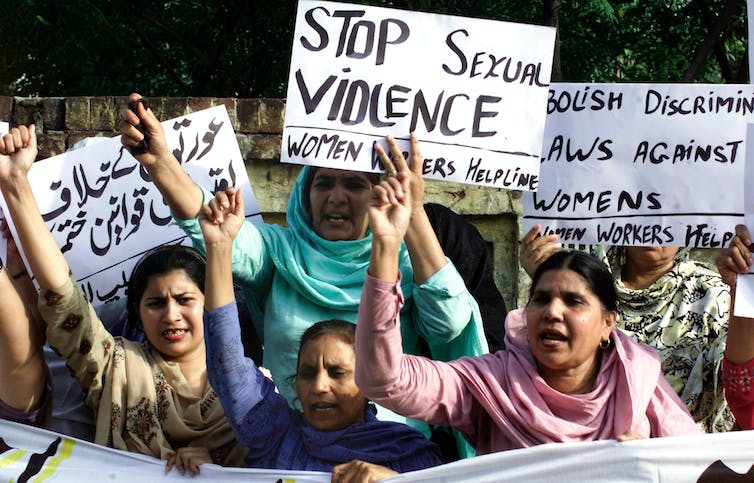 Similarly, in neighboring Pakistan, women have been fighting to stop sexual harassment. The 2009 anti-sexual harassment bill drafted by AASHA, the Alliance Against Sexual Harassment is one of the earliest such examples.

Another such campaign #GirlsAtDhaba, launched in 2015 by a group of feminists, called on women to be more visible in public spaces. It invited Pakistani women to post their pictures having tea at roadside tea stalls.

The #GirlsAtDhaba campaign was inspired by the #WhyLoiter campaign in India, that advocates for women’s right to be on the streets of India for pleasure. Both these movements challenged the domination of public spaces by men, which often results in women’s increased sexual harassment.

Similar digital campaigns against sexual harassment took place in many other emerging economies before #MeToo.

In Latin America, women led powerful movements such as #MeuAmigoSecreto and #MeoQueridoProfessor against everyday sexism at home and in public places, including universities. 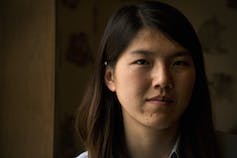 In China, a 25-year-old woman Li Maizi was arrested in 2015 for distributing pamphlets on sexual harassment in urban public transport, prompting a global social media outcry.

In the Middle East, since the 2011 Arab Spring, women have used personal blogs to protest the social and political policing of gender. Examples include Tunisian Amina Shoui’s uploading of pictures of her topless body inscribed by “We Don’t Need Your Di-mocracy.” She deliberately parsed the word democracy to protest against the “mock” democracy and also to indicate that she was prepared to “die.”

The issues that remain

Despite the success of many of these campaigns, there are many complex issues that need to be addressed.

For example, media reports from India show that women from the lower castes continue to face sexual assault, often violent, for daring to refuse sexual advances of upper-caste men.

A stigma around rape and a sexist legal system often discourages most women in Pakistan from calling out their sexual abusers.

In projecting #MeToo as a global phenomenon, the international media often implies that it was the West that helped mobilize women around sexual violence and gave it a name.

This belief reinforces what Nigerian-American writer Teju Cole has referred to, in a different context, as the “white-savior industrial complex” – a colonial mindset that does not acknowledge to this day the role played by Western dominance in reinforcing women’s subordination in the non-Western world.

Further, it obscures a large number of anti-sexism movements that have long been led by women in different parts of the world.

As Ghanaian writer and women’s rights activist Nana Darkoa Sekyiamah says: Rather than a movement, #MeToo is only a moment – albeit an important one – which has a long way to go.