The Upstart Press Mogul Who Changed How We Understand the World 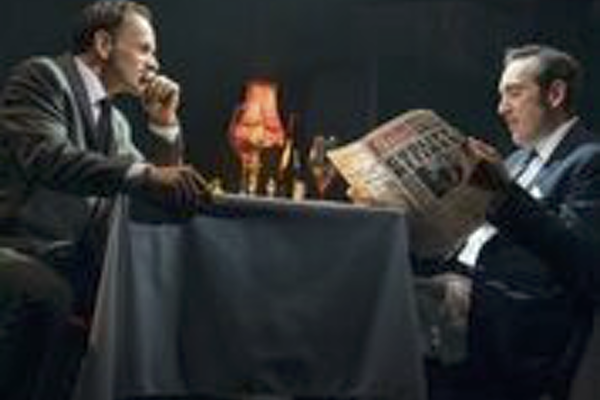 Americans are so busy arguing over who is more biased, Fox News or MSNBC, or whether President Trump will win or lose his fiery war with the nation’s press, that we forget the story of the bold, brazen audacious, in-your-face media mogul who changed our world and made us look at newspapers and television in an entirely different way – Australian upstart Rupert Murdoch.

Murdoch, the son of an Australian newspaper editor, burst into the world at the age of 32, just after his father died. In 1952, he formed his own publishing company and began to gobble up newspapers in Australia, the United Kingdom and the United States. Over the years, he assumed ownership of nearly 800 different media outlets, including television’s Fox News, the New York Post, the book publisher HarperCollins and the Wall Street Journal in America. His style of journalism was wildly different than that of most news outlets, although many soon followed in his footsteps. Murdoch’s view of the media world was loud, big and bodacious. Every story needed a BIG headline, lots of subheads, large photos, the racier the better, and stories of politicians, celebrities, sports figures and anybody and everybody in involved in a scandal. Sex scandals, of course, were the best. He excerpted numerous books, too, the sexier the better, such as the Sensuous Woman.

His rather incredible story, that crossed three continents and fills our homes today, is being told in a solid new musical, Ink, by James Graham, that just opened in New York at the Samuel Friedman Theater on W. 47th Street. It is, like its subject, loud, big and brawling. It is a deep, detailed and mesmerizing look at how the media operated from 1969 to the current day and a marvelous history lesson on the ever-changing role of the media in public life in the UK and in America. It is also a searing look at Murdoch, either loved or hated by Americans of all stripes.

I wanted to see Ink because for 23 years I was a reporter at the New York Daily News, the rival of Murdoch’s New York Post. We did battle with him, big headline vs. big headline and large photo vs. large photo, our movie stars against his movie stars, every day and I remember those fights well. I wanted a chance to get this behind-the-scenes look at the man with whom we jousted from sun up to sun down.

The play is a nice look at what makes media moguls like Murdoch tick. You must remember that nobody in the 1960s (there were similar sensational newspapers, such as the New York Graphic, but these were way back in the 1920s) that were as a bold, and wildly different, as Murdoch in those days. He had his product giveaway contests, celebrity interviews, scary crime stories, one after the other, and photos of girl after girl, wearing as little as possible.

His partner in the play, and in real life, was editor Larry Lamb, who was as outrageous as Murdoch. Lamb was determined to increase the circulation of the Sun, day by day, until it was the number one seller in all of the UK. And he did. The play is about Murdoch, but Lamb is its centerpiece.

Murdoch’s New York Post, like all of his papers, featured lots of bombastic headlines. My favorite was that above the story of a woman murdered and decapitated, her body left in a strip club. The headline was HEADLESS BDY IN TOPLESS BAR.

The plot of the story is simple. Young Murdoch arrives in England with lots of money and buys the Sun, a struggling tabloid. He remakes it and turns it into a sensational, populist newspaper. He hires taskmaster editor Larry Lamb and they drive people as hard as they can to make the Sun unique. He is hooted and jeered, but never loses his way and becomes very successful

There are some great lines in the play. At one point, Lamb says the paper is getting ugly and Murdoch, glee in his voice, says that “ugly is an art form.”   Someone says to Murdoch that the Sun and Mirror are like David and Goliath. “We all know how that turned out,” Murdoch answers with a sneer

Ink is a delightful, if cheerleaderish, look at hard driving journalist who wants to conquer the media world, and does. It is great fun in many spots, full of energy and pounding songs, and a sobering look at the press, and its affect on the world, in others. It is driven by two mercurial and extremely gifted actors, Bertie Carvel as Murdoch and Jonny Lee Miller as Larry Lamb. Others fine performances, smoothly directed by Rupert Goold, are turned in by Colin McPhillamy as Sir Alick McKay and Rana Roy as Stephanie Rahn. The ensemble is full of talented performers.

There is a tremendous amount of media history in the play. You learn of the seismic shift of news coverage, and its style, brought about by Murdoch. You see how the media operates behind the scenes, including an eye opening look at exactly how the plates of each page are put together and, in the end, hammered tight into a collar. Nothing is spared to let you see how the newspaper media operated in the 1960s and ‘70s.

On the negative side, the play is very long, nearly three hours. It drives its sensationalist and populist lesson home, but does it too often. It has a lot to do with England and little to do with the United States. It never explains how powerful Murdoch became. He owned television stations all over the world, and even above the world with Sky News Network, the satellite channel. He owned hundreds of newspapers, magazines and book publishing companies. He was close to numerous British prime ministers, a buddy of Margaret Thatcher, Tony Blair and David Cameron. He was married several times, had four sons as media mad as him. Murdoch was a bit like America’s William Randolph Hearst, a Citizen Kane of the world as Hearst was in that famous film. The play never gets into all of the animosity towards Murdoch over the years and all of his legal battles and disputes with government regulatory agencies, either.

Murdoch would love this play, though -INK TOPPLES ALL OTHER MEDIA !!! with a really big photo.