How About a Peace Race Instead of an Arms Race?

Dr. Lawrence Wittner (https://www.lawrenceswittner.com/) is Professor of History Emeritus at SUNY/Albany and the author of Confronting the Bomb (Stanford University Press). 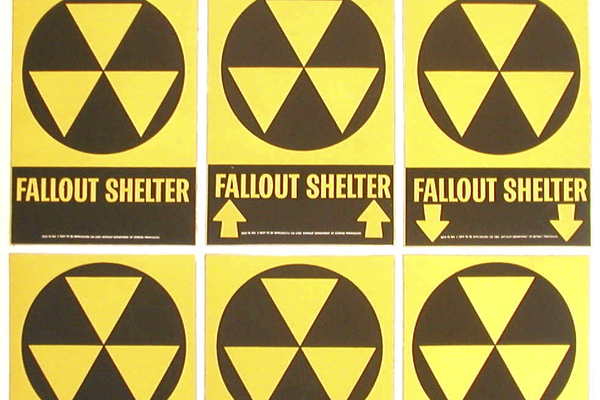 In late April, the highly-respected Stockholm International Peace Research Institute reported that, in 2018, world military expenditures rose to a record $1.82 trillion.  The biggest military spender by far was the United States, which increased its military budget by nearly 5 percent to $649 billion (36 percent of the global total). But most other nations also joined the race for bigger and better ways to destroy one another through war.

This situation represents a double tragedy.  First, in a world bristling with weapons of vast destructive power, it threatens the annihilation of the human race.  Second, as vast resources are poured into war and preparations for it, a host of other problems―poverty, environmental catastrophe, access to education and healthcare, and more―fail to be adequately addressed.

But these circumstances can be changed, as shown by past efforts to challenge runaway militarism.

During the late 1950s, the spiraling nuclear arms race, poverty in economically underdeveloped nations, and underfunded public services in the United States inspired considerable thought among socially-conscious Americans.  Seymour Melman, a professor of industrial engineering at Columbia University and a peace activist, responded by writing The Peace Race, a mass market paperback published in 1961.  The book argued that military spending was undermining the U.S. economy and other key aspects of American life, and that it should be replaced by a combination of economic aid abroad and increased public spending at home.

Melman’s popular book, and particularly its rhetoric about a “peace race,” quickly came to the attention of the new U.S. President, John F. Kennedy.  On September 25, 1961, dismayed by the Soviet Union’s recent revival of nuclear weapons testing, Kennedy used the occasion of his address to the United Nations to challenge the Russians “not to an arms race, but to a peace race.”  Warning that “mankind must put an end to war―or war will put an end to mankind,” he invited nations to “join in dismantling the national capacity to wage war.”

Kennedy’s “peace race” speech praised obliquely, but powerfully, what was the most ambitious plan for disarmament of the Cold War era:  the McCloy-Zorin Accords.  This historic US-USSR agreement, presented to the UN only five days before, outlined a detailed plan for “general and complete disarmament.” It provided for the abolition of national armed forces, the elimination of weapons stockpiles, and the discontinuance of military expenditures in a sequence of stages, each verified by an international disarmament organization before the next stage began.  During this process, disarmament progress would “be accompanied by measures to strengthen institutions for maintaining peace and the settlement of international disputes by peaceful means.”  In December 1961, the McCloy-Zorin Accords were adopted unanimously by the UN General Assembly.

Although the accelerating nuclear arms race―symbolized by Soviet and American nuclear testing―slowed the momentum toward disarmament provided by the McCloy-Zorin Accords and Kennedy’s “peace race” address, disarmament continued as a very live issue.  The National Committee for a Sane Nuclear Policy (SANE), America’s largest peace organization, publicly lauded Kennedy’s “peace race” speech and called for “the launching of a Peace Race” in which the two Cold War blocs joined “to end the arms race, contain their power within constructive bounds, and encourage peaceful social change.”

For its part, the U.S. Arms Control and Disarmament Agency, created by the Kennedy administration to address disarmament issues, drafted an official U.S. government proposal, Blueprint for the Peace Race, which Kennedy submitted to the United Nations on April 18, 1962.  Leading off with Kennedy’s challenge “not to an arms race, but to a peace race,” the proposal called for general and complete disarmament and proposed moving in verifiable steps toward that goal.

Nothing as sweeping as this followed, at least in part because much of the subsequent public attention and government energy went into curbing the nuclear arms race.  A central concern along these lines was nuclear weapons testing, an issue dealt with in 1963 by the Partial Test Ban Treaty, signed that August by the U.S., Soviet, and British governments.  In setting the stage for this treaty, Kennedy drew upon Norman Cousins, the co-chair of SANE, to serve as his intermediary with Soviet Premier Nikita Khrushchev.  Progress in containing the nuclear arms race continued with subsequent great power agreements, particularly the signing of the nuclear Nonproliferation Treaty of 1968.

As is often the case, modest reform measures undermine the drive for more thoroughgoing alternatives.  Certainly, this was true with respect to general and complete disarmament.  Peace activists, of course, continued to champion stronger measures.  Thus, Martin Luther King, Jr. used the occasion of his Nobel Peace Prize lecture in Oslo, on December 11, 1964, to declare:  “We must shift the arms race into a ‘peace race.’”  But, with important curbs on the nuclear arms race in place, much of the public and most government leaders turned to other issues.

Today, of course, we face not only an increasingly militarized world, but even a resumption of the nuclear arms race, as nuclear powers brazenly scrap nuclear arms control and disarmament treaties and threaten one another, as well as non-nuclear nations, with nuclear war.

Perhaps it’s time to revive the demand for more thoroughgoing global disarmament.  Why not wage a peace race instead of an arms race―one bringing an end to the immense dangers and vast waste of resources caused by massive preparations for war?  In the initial stage of this race, how about an immediate cut of 10 percent in every nation’s military budget, thus retaining the current military balance while freeing up $182 billion for the things that make life worth living?  As the past agreements of the U.S. and Soviet governments show us, it’s not at all hard to draw up a reasonable, acceptable plan providing for verification and enforcement.

All that’s lacking, it seems, is the will to act.