Esau Williams is a journalist with the BBC World Service in London, and a graduate of SMU in Dallas. 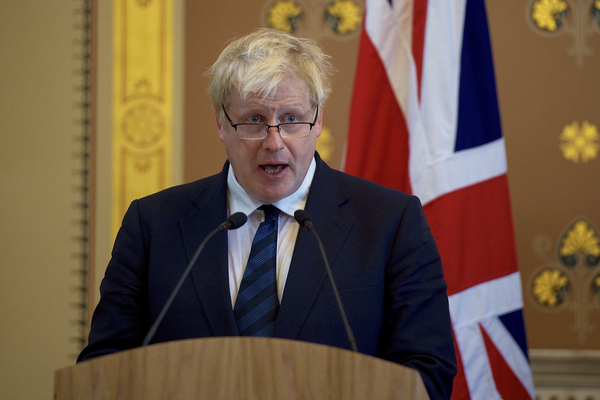 In politics, it is said that you campaign in poetry and govern in prose.  Alexander Boris de Pfeffel Johnson, the boy who once said he wanted to be ‘world king,’ has finally realized his life-long ambition of becoming British Prime Minister. The real task of uniting his fractured party over Brexit – and most importantly, uniting a divided country – now lies ahead.

Johnson defeated Jeremy Hunt, the mild-mannered former foreign secretary by a convincing majority – that much was never in doubt. Some 160,000 Conservative or Tory Party members – or about 0.24% of the British population – chose the next prime minister of the United Kingdom.  The opposition Labour Party has already criticized Johnson for lacking legitimacy.

For Americans wondering how it is that such a small minority could determine the leader of the country, in the UK as opposed to the U.S., people vote in a general election for a party – not an individual – and the leader of the party that has a majority in the House of Commons or Parliament becomes prime minister and forms the next government.

This time around, there wasn’t a general election.  The Tory Party remained in office despite the resignation of its leader, Theresa May.  The task then was to choose a new party leader.  Of the Conservative Party faithful, the turnout for the leadership election was 87.4%.  Jeremy Hunt managed 46,656 of the votes against 92,153 for Boris Johnson.  Although Johnson’s majority was thumping, it was in fact less than David Cameron’s (the former prime minister) when he became Tory Party leader in 2005.

It is still a decisive result and the scale of the victory is important.  It gives Boris Johnson tremendous lift-off as he begins his premiership.  He campaigned on a pledge to take Britain out of the European Union by Halloween, ‘no ifs ands or buts,’ come what may, ‘do or die.’  In a way, his election is an endorsement by Tories for a so-called ‘hard Brexit’ – leaving the European Union without a trade deal.

His choice of cabinet ministers clearly shows that Boris Johnson is intent on delivering Brexit.  It is also a sure sign to the EU based in Brussels that there’s a new sheriff in London.  Whether Brussels is going to be moved by a cabinet of die-hard ‘Brexiteers’ in Britain is another matter altogether.

The contrast between Boris Johnson and his predecessor could not be sharper.  Theresa May, the daughter of a vicar, was distinctly shy and notoriously non-sociable with a deep sense of duty.  She was happy to bury her head in work behind the scenes without any fanfare.  Boris Johnson on the other hand is clearly one of the more colorful prime ministers in recent times with his fair share of controversies.  He is known for his jokes and irreverence.  His personal life has raised a lot of eyebrows.  A twenty-five-year marriage has ended amid allegations of several extra-marital affairs.  The police were recently called to an apartment he shared with his girlfriend after a neighbor claimed to hear yelling, plate-smashing and a woman shouting ‘get off me’ and ‘get out.’  Johnson has refused to answer any questions about the alleged incident.

Boris Johnson and Donald Trump have a few things in common.  They are both from New York and are disruptors who believe in throwing out the rule book of politics and pursuing a more unorthodox style of leadership.  Both men defy political gravity and have survived controversies that would otherwise have scuppered the leadership ambitions of any candidate.  Both Trump and Johnson have also been plagued with alleged infidelity, gaffes, and remarks deemed as racist.

One thing is sure, Donald Trump has an ally in Downing Street, tweeting that Boris Johnson would make a great prime minister.  But there are some fundamental differences.  In the past, Boris Johnson has described Trump as ‘unfit’ to hold the office of President of the United States, and while he was foreign secretary (secretary of state) Boris Johnson openly opposed Donald Trump’s Muslim ban.  It would be interesting to watch how the two men with very similar personalities interact.  I am sure all sins have been forgiven.  The question now is, will the so-called ‘special relationship’ between Britain and America be special only for the British?  Time will tell.

As mayor of London, Boris Johnson presided over a reduction in crime by 27%.  He was also successful in winning two consecutive mayoral elections in Labour-dominated London.  He helped bring the Olympics to the capital in 2012, and his supporters say that he will be equally as successful as prime minister.  His sense of optimism and can-do spirit for Britain is infectious and powerful in a party trounced in the recent European elections to fourth place.

Johnson is also well known for his rhetorical tour de force, and an ability to use oratory to amuse, entertain and wow his audience.  Contrary to the caricature of him as a gaffe-prone bombast, Boris Johnson has a formidable intellect and is the ultimate insider outsider – he read classics at Oxford and is the 20th prime minister to be educated at the highly selective Eton College, where Britain’s elect are born and bred.  He went on to become a journalist but was later fired for making up quotes before later entering Parliament in 2001.

Johnson is a marmite figure – you like him or loathe him – his critics say that being mayor of London is not the same thing as being prime minister.  That the job at Number Ten entails uniting an entire country behind a vision.  His leadership style, they argue, of selecting people who can deliver around him won’t be enough.  Johnson is notorious for his lack of attention to detail.

Banking on his star gold dust quality of campaigning with soundbites and rhetoric alone, may not be enough to succeed in the top job.  Boris Johnson will have to focus on the minutia of detail across the whole spectrum of government.  As mayor, he could avoid the agony of policy detail, allowing his officials to do the heavy lifting instead.  In Downing Street and as prime minister, there is no hiding place.  The buck starts and stops with him.  His party’s razor-thin majority of two in Parliament – likely to dwindle to just one after a by-election – will require all the diplomatic and persuasive skills he can muster.

The leadership at Downing Street might have changed, but the mathematics of the House of Commons remain exactly as they were when Theresa May encountered her difficulties, ultimately leading to her resignation.  There are mutterings among quite senior Tory pro-European members of parliament that they are prepared to bring down the new government if that is what it takes to stop a no-deal Brexit.  More importantly, the House of Commons has voted resoundingly to stop a no-deal Brexit from ever happening.

That makes it difficult to see how Boris Johnson can persuade the European Union to re-negotiate a new Brexit deal.  When he comes to Brussels, his EU counterparts already knows that he has a wafer-thin majority in Parliament and is therefore unlikely to yield an inch.

The EU has made it clear that it will not go back on the Withdrawal Act it negotiated with Theresa May.  The so-called ‘Backstop’ – the guarantee of a frictionless border between Northern Ireland (part of the UK) and the Republic of Ireland (part of the EU) in the event of a no-deal Brexit – remains the major sticking point between London and Brussels.  How Boris Johnson succeeds in threading that needle where Theresa May has failed remains to be seen.

I predict Boris Johnson will call a general election before October 31, 2019 in a bid to win a fresh mandate, this time, from the British people.  The smart money is on him winning, given that the opposition Labour Party under Jeremy Corbyn is flat on its back with its own internal problems over a lack of a coherent direction on Brexit.  The Tories in a bid to recover votes from the Brexit Party of Nigel Farage will tout a clear message as the party of ‘Leave.’  The Cabinet picked by Boris Johnson does not strike me as one designed to manage the day-to-day affairs of the country.  It looks rather like a campaign team, ready to sell the message of a no-deal Brexit on the eve of a general election.