The World War I Battle That Didn't End with Armistice Day: Hunger

William Lambers is an author who partnered with the UN World Food Program and Catholic Relief Services on the book Ending World Hunger. His writings have been published by the NY Times, History News Network, The Hill, Newsweek and many other outlets. 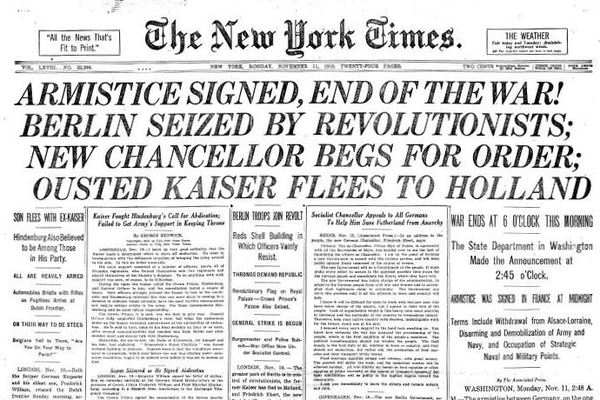 Even after the Armistice of November 11, 1918 ending World War One, American soldiers were carrying out heroic missions. Lieutenant Orville C. Bell and officers in the American Relief Administration (ARA) saved civilians in Montenegro from starvation.

The Balkan country was occupied by Austria during the war. The fighting destroyed food production and the occupying forces seized all the supplies.  That left villages in Montenegro with little or no food. The Armistice could not stop the enemy of hunger and a ferocious winter was setting in.

Lt. Bell and the ARA faced a daunting task in Montenegro, a mountainous country with no railway operating after the war. How would they get food to the starving population? Would more innocent people become the war's casualties?

While trying to reach one district in March, 1919 Lt. Bell wrote "It is completely isolated because of the impassable mountains whose trail has been blocked by snow for some months and because of the broken bridge on its one good road....”

Many of us take the vast networks of transportation to move food from farms and factories and into our communities for granted. But in a war zone such systems break down. In Montenegro, the breakdown and its effects were extreme. Bell wrote that “many of the people were eating grass. Four the last four months the death rate has been enormous.”

The New York Times reported that people in Montenegro had given up hope. But Lt. Bell and ARA had different ideas.

Bell and his team carried out an extraordinary mission and transported the food through mountains and over broken bridges. They used cable ways to cross where bridges were downed, and animals to move the food. It worked and the soldiers successfully distributed throughout Montenegro.

In Bell’s report, from the Hoover Library at Stanford, he writes “To get into the country from the top of the mountains wagons, burros and pack horses are used. They are carrying their loads of flour, lard, pork and milk to all parts of the little country in spite of snow storms that have closed many of the passes….”

Bell and his team did the impossible and brought food over the harsh terrain and to the hungry. While everyone likes deliveries,  just imagine the overwhelming sense of relief and joy the people in these isolated communities must have felt to see food delivered after months of almost none.  The Times quoted Lt. Bell: “They have stopped digging graves and are, instead, planting their crops for this year’s harvest.” The American Relief Administration performed these heroic deeds throughout Europe after World War I, saving millions from hungerand starvation.

One of the forgotten consequences of war is food shortages and hunger. It can take years to recover agriculture from war damage. Even when a conflict ends, severe hunger continues to be a threat. The worst is the malnutrition which can stunt children's growth and development or claim their lives.

The wars today in Syria, Yemen, South Sudan, and Central African Republic also are major hunger emergencies. There are heroic missions ongoing in these countries by humanitarian organizations.  But yet hunger relief missions to these nations often lack funding. The UN World Food Program, Save the Children, Catholic Relief Services, Action against Hunger, UNICEF need more resources to save lives. This can be achieved if we set our mind to it.

Like the heroic officers of the ARA, we should do everything we can to feed the hungry in war-torn and impoverished nations. No obstacle was going to stand in the way of their mission to bring food to the poor and vulnerable. The ARA officers give us an example of a world we want to live in, where no one suffers hunger and despair. We will respond to the cries for help and feed the hungry.