Coexistence and Sectarianism in the Modern Arab World

Ussama Makdisi is the author of Age of Coexistence: The Ecumenical Frame and the Making of the Modern Arab World (2019) and is a Professor of History at Rice University and Visiting Professor at University of California, Berkeley. 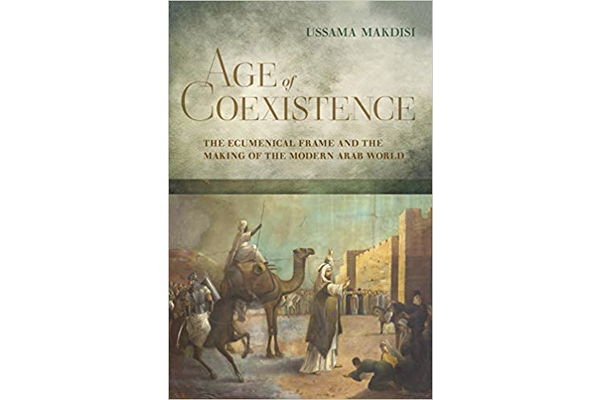 Every history of sectarianism is also a history of coexistence.  Every sectarian act or mobilization, after all, paradoxically calls attention to a pluralism it aims to counter or negate. In the case of the modern Arab world and the Middle East more broadly, the sectarian story has been highlighted in media, policy-circles, and academic scholarship.  Myriad antisectarian stories and narratives that also define modern Arab history have been largely ignored.

Part of this bias toward the study of sectarianism is understandable: the modern Arab world is afflicted by political and military upheavals that have often taken on (or have been represented as having essential) sectarian or religious overtones. Scholars and journalists who have tried toexplain and demystify current events have typically ended up imprisoned analytically.  As the best critical historical and anthropological work on the politicization of religion in the Middle East has shown, it is not simply sectarian networks and mobilizations that need to be exposed, but the ubiquitous language of sects and sectarian relations that undergirds them.  Sects are not natural.  They are produced by ideological and material effort.

Some of the emphasis on sectarianism, however, is clearly politicized. For example, U.S. presidents as different as Barack Obama and Donald Trump have regurgitated the same demeaning imperial clichés about the Middle East. Both have insisted that the Middle East is haunted by allegedly endemic sectarian antagonisms and age-old tribal wars. Both have played up the idea of primordial oriental sectarianism to downplay US responsibility for creating the conditions that have encouraged a sectarian meltdown in the Middle East.

In the face of such insidious notions of an age-old sectarianism, laypersons and scholars from the Arab world have often invoked a romanticized history of coexistence that too often has glossed over structures of inequality and violence. This romantic view of coexistence assumes it to be a static, idealized form of liberal equality rather than a variable state of affairs.

More problematically, the term coexistence has often privileged the idea of monolithic ethnic or religious communities rather than understandingthem as dynamic arenas of struggle.  Those who adhere to deeply conservative, patriarchal notions of who and what represents any given community contend with those who insist upon more progressive understandings of what constitutes being Muslim or Christian.  To generalize about “the Christians” in the Middle East, for example, denies not only the obvious difference between a Phalangist Christian militiaman and a Christian liberation theologian; it flattens the different forms of Christian belonging, and the belonging of Christians, in and to the Middle East.

In the case of the Middle East, in particular, the need to demythologize communities and their ideological underpinnings needs to go hand in hand with evoking a dynamic history of coexistence that transcends communalism. Sectarian ideology is inherently divisive.  It requires the conflation of historic religious communities with modern political ones, as if modern Maronites, Jews, or Shiis necessarily share a stronger bond with their medieval coreligionists than they do with their contemporaries of different faiths.  Sectarian ideology does not ask how religious or ethnic communities have been historically formed and transformed, how havethey policed and suppressed internal dissent, and who may represent or be represented within them.

To pose such questions need not deny the historical salience of communal affiliations, but they do challenge their supposed uniformity. They constitute a crucial first step in seeing the inhabitants of the Arab world as politically, socially, and religiously diverse men and women rather than merely as“Sunnis,” “Shiis,” “Jews,” “Maronites,” “Alawis,” or, indeed as monolithic “Arabs” and “Kurds.”  Iraqis of different faiths, for example, have often made common cause that defy the alleged hold of normative sectarian identity, whether as communists or Iraqi Arab nationalists in the 1940s and 1950s, or, today, as outraged citizens fighting rampant corruption and sectarianism in their country.

In fact, the contemporary fixation with the problem of sectarianism obscures one the most extraordinary stories of the modern Arab world: the way the idea of political equality between Muslims and non-Muslims, unimaginable at the turn of the nineteenth century Ottoman empire, became unremarkable across much of the Arab Mashriq by the middle of the post-Ottoman twentieth century.

This new age of coexistence depended at first on major reforms within the Ottoman empire that promulgated edicts of nondiscrimination and equality between 1839 and 1876.  It also depended on the antisectarian work of Arab subjects who began to think of themselves as belonging to a shared modern multireligious nation in competing secular and pietistic ways.

The transition from a world defined by overt religious discrimination and unequal subjecthood to the possibility of building a shared political community of multireligious citizens was—and remains—fraught by gendered, sectarian, and class limitations. The infamous anti-Christian riot in Damascus in July 1860, when Christians were massacred and their homes and churches pillaged, was clear evidence of the breakdown of the certainties of the long-established, highly stratified Ottoman Muslim imperial world.  In the new Ottoman national world that emerged in the second half of the nineteenth century, urban men took for granted their right to represent their communities and nations and to “civilize” their “ignorant” compatriots.

The messiness of the story of modern ecumenical Arabnessthat encompassed Muslims, Christians,and Jews is undeniable.  But privileging a story of static sectarianism over one of dynamic coexistence downplays the significance of the fact that many Muslim Arabs protected their fellow-Damascenes in 1860.  After 1860, Arab Muslims, Christians,and Jews built, enrolled, and taught in ecumenical “national” schools across the Arab Mashriq that embraced rather than negated religious difference.  The rich heritage of the Islamic past from Andalusia to Baghdad, and a common Arabic language offereda treasure-trove of metaphors around which to build an antisectarian imagination for the future.

Rather than divide the Arabs into binary and mutually exclusive “religious” and “secular” categories, as if these are the only conceptual categories that matter, much canbe gained by focusing on the ways Arabs struggled to build new ecumenical societies that fundamentally accepted the reality of religious difference and the possibility of its political transcendence. The ethno-religious nationalisms of the Balkans, the terrible fate of the Armenians at the hands of the Young Turks, the arrival of militant Zionists in a multireligious Palestine, and the puritanical Wahabis of Arabia offer fascinating counterpoints to the ecumenism of the late Ottoman and post-Ottoman Arab East.

The inhabitants of the modern Arab world, however, have hardly ever been masters of their own political fate.  The Ottoman empire was colonized and partitioned along sectarian lines by Britain and France after the First World War.  Nevertheless, in the post-Ottoman states of Syria, Iraq, Egypt, Lebanon, and Palestine,the anticolonial imperative to forge political communities that transcended religious difference gathered force.  So too did countervailing and often chauvinistic minoritarian, nationalist,and religious politics begin to crystallize.  While the latter politics has been well documented, it is the active will to coexist that needs to be studied today more urgently than ever before.  The persistence of a complex culture of coexistence provides a powerful antidote to the misleading and pernicious idea of the sectarian Middle East.