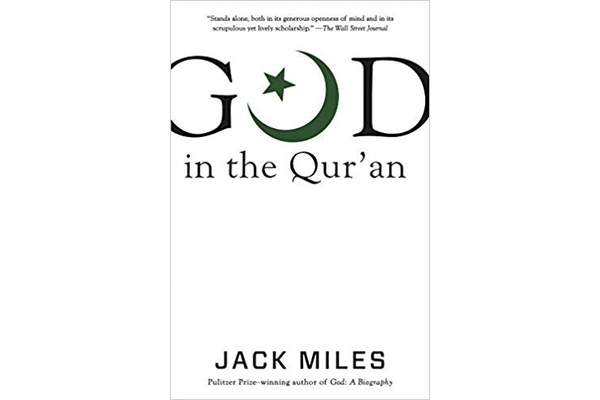 We cannot force someone to hear a message they are not ready to receive, but we must never underestimate the power of planting a seed.

In God in the Qur’an, Jack Miles is planting that seed.  A seed that brings the three Abrahamic traditions to the table.  A table where for centuries, the commonality of names and terminologies not only hid the deeply essential and symbolic concepts they represented, but the subtle distinctions and critical differences across these traditions. The implication of these identities and expressions, if understood correctly within each tradition, will definitely allow for an evolving understanding of the historical/biblical personalities as well as the metaphysical, parapsychological, and the deeply theological phenomenon generically referred to as God.

This God with Its many names is understood differently not only from one religious tradition to the next but also within the hues and shades of sectarian and sub-sectarian beliefs. In reality, no two individuals, regardless of their creed or conviction, can ever perceive God in the same way. Yet, the infinite diversity is contained within a realm that spans across the divine-human divide. Professor Jack Miles is trying, and very successfully in my opinion, to make us all aware of that.

Going back and forth between the perceptions of the individual and the collective, this biblical scholar of international repute and valuable scholarship is inviting his readers to the round table with a proviso.  In a true Biblical / Qur’anic tradition he makes one simple request—much like when God talked to Moses:

“Take off your sandals, for the place where you are standing is holy ground.” (Exodus). Qur’anic scholars refer to this calling as “خلع نعلین ” or the taking off of the sandals:

Verily, I am thy Sustainer! Take off, then, thy sandals! Behold, thou art in the twice hallowed valley. (20:12)

The only place in the Qur’an where the concept of  قَدَسَ, hallow or holy, has been used in reference to an entity other than God. The relevance? That is where the voice of God was heard. Perhaps from this, the word  قُدس, Arabic for Jerusalem, might have been extrapolated.

What are the sandals? The cultural baggage filled with layers of interpretations and personal perceptions that thicken the veil between the human and the divine.  As each individual puts her or his own stamp of ‘approval’ on what God is, the process becomes so mindlessly entangled that even god loses itself behind the many veils of an identity crisis.

Jack Miles is describing, defining, decoding, and deciphering these nuanced understandings of God that have remained entrenched in the religious lore of the three traditions and he avails us the opportunity to a clearer understanding of the interactive God in the core and context of the Qur’an, not just as an address, but as the God Whose احدیه   or totality is as important as Itsواحدیه  or singularity in being The Totality of a Cosmic Whole that is the Oneness of Being.