The Power of the 2017 Congressional Recess

by Leah Greenberg and Ezra Levin

Leah Greenberg or Ezra Levin are founders and co-executive directors of the Indivisible Project. 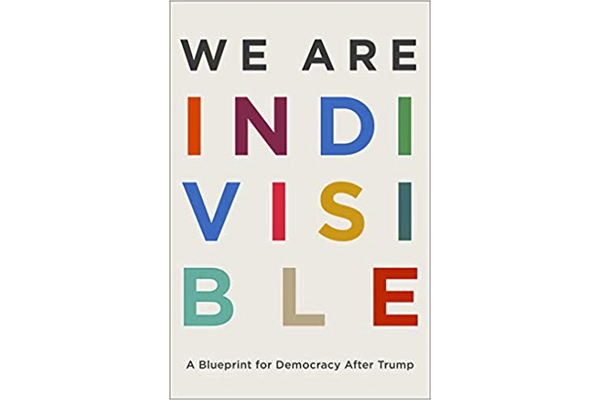 In February 2017, Congress went home for what’s commonly known as “recess.” The word “recess” is actually a bit misleading; it suggests that this period is a break. Recess is not a break. In fact, its actual name is the “District Work Period,” when there are no votes or hearings in Washington. This is when members of Congress get free time to meet with their constituents back home.

Recess is also when most members of Congress schedule their listening forums, like town halls, and in February 2017 a lot of Republican members went ahead and put town halls on the books. Under normal circumstances, town halls tend to be sleepy affairs, attended mostly by retirees and other people with flexible schedules and long, confusing lists of grievances. In 2009 the Tea Party had stormed town halls nationwide to great effect, stunning Democratic and Republican representatives alike and dealing a serious blow to the effort to pass health care reform. In 2017, we knew—because our in-box was full of messages from around the country—that Indivisibles were getting ready to turn the tables.

Not a lot of other people knew that yet. The Indivisible Guide had received enthusiastic coverage in political media outlets, but the growth of the grassroots movement hadn’t yet cracked the mainstream media, so there wasn’t a high level of public awareness and understanding of what was brewing nationwide. Back at Indivisible HQ, we ’d been doing our best to get Indivisible groups press coverage and to convey to as many people as possible that something very big was happening. It wasn’t easy. You try explaining to a political reporter that a massive grassroots resistance movement is taking shape and you know that because there are a zillion new groups called “Indivisible” on Facebook and your in-box is overflowing with random people making plans to pressure their elected officials. Most were skeptical, and reasonably so.

It was early February when we got our first call from CNN. Kyung Lah, a CNN correspondent, was outside a high school in Cottonwood Heights, Utah, where Representative Jason Chaffetz was preparing to face a very large and very frustrated crowd. Indivisible Utah and other grassroots groups had mobilized over a thousand people to pack Chaffetz’s town hall. Those who couldn’t fit in the auditorium were protesting outside. They’d brought green and red signs so members of the crowd could wave them to signal approval or disapproval as Chaffetz spoke. There was a lot of red that night. In the Q&A session, questioners honed in on Chaffetz’s unwillingness as chairman of the House Oversight Committee to investigate any of Trump’s rampant ethics issues, a choice that contrasted starkly with the witch hunt he ’d waged for years by carrying out transparently partisan investigations of Hillary Clinton’s emails. His constituents responded to his weak excuses with chants of “Do your job!”

Their preparation and outrage paid off: the visuals and headlines coming out of the event showed a congressman facing a shocking revolt in his own ruby-red district.

Having bowed to constituent pressure to host a town hall, Senator Tom Cotton, over in Arkansas, now looked out over a sea of angry, concerned faces, struggling to find his supporters. The room was overflowing: as Ozark Indivisible’s Caitlynn Moses told us, “They’d had to change location twice, and they wouldn’t give us a date because they couldn’t find a place big enough . . . [T]housands of people came specifically to just yell at Tom Cotton.” Questioner after questioner took the mic and demanded to know why he was trying to take away their health care. Kati McFarland, a young woman with a rare genetic disorder, brought the crowd to tears with her story and concluded starkly: “Without the coverage for pre-existing conditions, I will die. That’s not hyperbole.” In the face of his constituents’ emotional, powerful appeals, Cotton seemed unable to cope. The story coming out of the February 2017 congressional recess was one of lives saved by the Affordable Care Act—and put at risk by Trump-supporting senators like Cotton.

It shouldn’t have been a surprise that a bill that would throw millions off their health care was unpopular. But the speed, scope, strategy, and sheer splashiness with which people had organized all over the country was certainly a surprise. These public, visual, media-ready confrontations were suddenly taking place across the country. If you weren’t part of the grassroots surge yourself, all this seemed to come out of nowhere.

CNN’s Kyung Lah, in Utah, called us to ask the question that was about to be on everyone’s lips: Where did all these people come from?

We described the Indivisible Guide, how it had helped spark grassroots groups nationwide, and that it was these local groups that were doing the work. The town halls that were hitting the national radar now weren’t flash protests; they were the product of groups of people who’d started organizing weeks earlier and now had the capacity to turn out constituents in large numbers. We obviously had not personally organized a thousand people to show up at a town hall in Utah. We ’d been in touch with the Utah groups — a few weeks earlier they’d reached out for help when police had responded to a routine polite visit to a congressional office by arresting their members — but we’d had only one day’s heads-up that the Chaffetz town hall was happening.

Lah explained why she was asking: “Congressman Chaffetz is claiming that this is an Astroturf effort and that many of the protestors are being paid by outside groups.”

We had no idea how to respond to this, because it made no sense. We were paying people to show up? Like, logistically, how would that even work? But Chaffetz wasn’t the only one to fling this bogus accusation at his local grassroots interlocutors. With the Women’s March, the airport protests against Trump’s Muslim ban, and now the raucous town halls, Republicans nationwide were reeling. Taking their cues straight from the White House, they agreed: the problem wasn’t massive popular opposition to their agenda, hypercharged by widespread horror at the election of Donald Trump. That couldn’t be it! No, something else was going on.

Dismayed conservatives landed on an explanation: paid protestors, probably funded by liberal philanthropist George Soros, were responsible for this ruckus. Sean Spicer explained to Fox News that what was happening was “a very paid, Astroturf-type movement.” Representative Dave  Brat  urged the press to “Google ‘Indivisible ’ and the Soros-funded movement that is pushing all of this.” Right-wingers started hunting for evidence of this shadowy conspiracy. They published exposés “revealing” the secret playbook being used to disrupt town halls (aka the Indivisible Guide). A conservative opposition research firm even sent a tracker to follow us at a donor conference and posted creepy, surreptitious video of us on a right-wing news site in a bizarre effort to “prove” that we were Soros funded. (At the time, we weren’t.)

These allegations drew on an age-old anti-Semitic smear: that a Jewish banker was pulling strings behind the scenes to create chaos. They were also hilariously false. And while we were nervous about the security implications of becoming right-wing targets, we were mostly struck by the irony of being branded a slick Astroturf operation. As of February 2017, our fledgling organization was the functional equivalent of a bunch of kids in a trench coat pretending to be an adult. We had a website and an email address. We were talking to Indivisible groups, getting press, forming partnerships, sending emails to our growing list, producing policy analysis, and publishing social media updates. From the outside, we were doing a pretty solid impersonation of an actual nonprofit with staff and a budget. In reality, we were a collective of roughly one hundred frazzled, sleep-deprived volunteers rapidly approaching the end of our collective ropes. Our biggest expenses to date had been T-shirts and pizza for volunteers, which we put on our personal credit card. We ’d quit our jobs, but no one had gotten a dime of pay yet. And we sure weren’t paying anyone else.

The idea that some deep-pocketed donor was paying for all this was also absurd and darkly hilarious to the Indivisible leaders spending their nights, weekends, and fake sick days building the burgeoning movement nationwide. “Soros-funded Astroturf” became something of an inside joke for the Indivisible movement. Group leaders would show up at mass protests with signs that said “Hey, George, where ’s my check?” or wearing shirts emblazoned with the moniker “Unpaid Protestor.”

At the same time, the right-wing pushback was also taking stranger and scarier forms for groups around the country. In California, Republican representative Dana Rohrabacher’s office called the cops on a group of moms from Indivisible OC 48 after a bizarre scuffle in which a Rohrabacher staffer accidentally hit a toddler with a door—the toddler had been delivering Valentine ’s Day cards—then fell over herself. Rohrabacher followed up by issuing an unhinged press release denouncing the moms as a “mob” of “unruly activists” who were “enemies of American self-government and democracy.”  Indivisible OC 48’s leaders were subjected to vicious online fury and harassment, but Indivisible OC 48 doubled down on its scrutiny of Rohrabacher.

Those organizing in traditionally conservative areas ran into their own problems. Sarah Herron, the leader in Indivisible East Tennessee, noted the fear of social and professional reprisals against those closely affiliated with anti-Trump resistance. One Southern Indivisible organizer who made headlines organizing to pressure her conservative electeds to hold town halls was told by her employer that she ’d have to quit Indivisible or quit her job. She handed in her resignation the next day.

But this kind of experience wasn’t just confined to red states. New Jersey’s NJ 11th for Change was an Indivisible group that had been pushing Republican representative Rodney Frelinghuysen through a well-organized weekly event called “Fridays with Frelinghuysen” (which Frelinghuysen was invited to but never attended). The group was rocked when Frelinghuysen responded to the pressure by reaching out directly to the bank where one group leader, Saily Avelenda, was employed to complain to her bosses. Under pressure from the bank, Avelenda quit her job, then took her story—including the handwritten note Frelinghuysen had sent to a board member of the bank— to the press.

These are just a few of the stories that came back to us. For every one recounted here, there were more stories we heard from grassroots leaders across the country facing threats, ostracism, and even violence in their communities—all for standing up and making their voices heard. But the Indivisible movement kept building. These leaders had gotten involved because the country had fallen into the hands of a vile, dangerous bully. They were not going to put up with harassment in their own communities.