Philip Jenkins is a Distinguished Professor of History at the Institute for Studies of Religion at Baylor University. 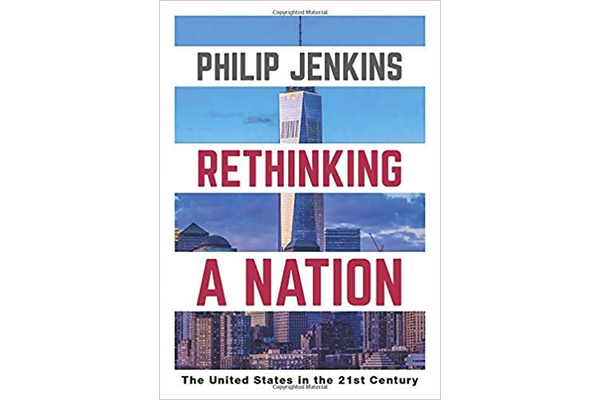 Some eras are revolutionary in the sense of irreversibly transforming the substance of popular consciousness, and within a very short space of time. By that standard, one of the truly revolutionary periods in modern US history was the early 1990s, specifically between 1990 and 1994. Political campaigns combined with media crusades and popular activism to effect a radical and irreversible change in concepts of sexual behavior, and to raise unprecedented alarm about the dangers of male sexual violence and harassment. The resulting conflicts had a potent effect on national political alignments.

Any discussion of gender activism must highlight the 1991 hearings on Clarence Thomas’s candidacy for the US Supreme Court, and the testimony of Anita Hill. In the resulting confrontation, Hill faced a de facto trial by a phalanx of conservative white male Senators. This spectacle spread awareness of sexual harassment, and stigmatized behaviors that would once have been regarded as playful or trivial, or even humorous.

But the Hill story cannot be taken in isolation. Through these years, multiple investigations and causes célèbres raised closely related issues, and all focused intense media attention on male sexual aggression and misconduct, and the reluctance of established institutions to confront it. In the Tailhook affair of 1991, military personnel and veterans were involved in the mass harassment of women at a rowdy event intended to support naval aviation. The same year brought the rape trial of William Kennedy Smith, a member of the Kennedy political dynasty. Each of these cases seemed to offer conclusive evidence for feminist arguments about the pervasive quality of patriarchal dominance throughout society. They also popularized the notion of feminist resistance and insurgency. Gender conflict drove the culture wars.

Issues of sexual violence frequently occupied the news headlines in these years, even reshaping our standard vocabulary. It was in 1990 that the new concepts of “sexual predators” and “stalking” entered popular parlance. In this year, Washington State passed the nation’s first Sexually Violent Predators law, and California became the first state to criminalize stalking. This decade produced now familiar institutions such as the sex offender registry. In 1992, the exposé and trial of Massachusetts priest James Porter inspired the first ever wave of concern about sexual abuse by Catholic clergy, an issue that became a harrowing national phenomenon over the following two years. Meanwhile, the media regularly recounted stories of women who recalled appalling acts of abuse they had suffered as children, memories they purportedly recovered through novel (and highly controversial) psychological techniques.

Other cases from these years became a staple of media coverage, and all occurred within a narrow time space. Moreover, each in its way disseminated familiar themes of feminist resistance against patriarchal abuse, and even vigilantism. Among the most notorious cases was that of Ellie Nesler, who murdered the man who had allegedly molested her child. Lorena Bobbitt was tried for severing the penis of her abusive husband. Most controversially, the case of serial killer Aileen Wuornos received huge attention in 1992. Feminist publications commonly presented Wornos as a victim avenging herself against abusers or rapists.

It was not that such cases were unprecedented or significant in themselves, but rather that they were presumed to be of interest to a mass audience – and specifically a female audience. One of the most popular film releases of 1991 was Thelma and Louise.

Reinforcing the idea of patriarchal violence were the actions of the extreme fringes of the pro-life movement in these years. Pro-life militants mobilized to shut down abortion clinics through tumultuous protests and mass civil disobedience, and in 1991, thousands were arrested in protests in Wichita, Kansas. There also existed shadowy direct action groups such as the Army of God, which sabotaged and destroyed clinic facilities. Two doctors who performed abortions were assassinated in 1993 and 1994, and other personnel were also killed or kidnapped.

The language of gender conflict could not fail to enter national politics, and it found an obvious and visible face in the form of Hillary Clinton. From the 1992 primaries onward, she symbolized feminist aspirations for liberals, just as completely as she galvanized anti-feminist resentment at threats to established ideas of masculinity. Gender issues pervaded national debate in the form of proposals to allow gay people to serve in the US military, and in the health care proposals derided as “Hillarycare,” which supposedly epitomized maternalist values. Hillary Clinton, rather than Bill, was the main demon figure in the florid conspiracy theories that ran riot, and which were a central focus of the now-flourishing phenomenon of Rightist talk radio. Attorney General Janet Reno was scarcely less loathed.

The rage of “angry white men” reached a peak in the far Right Patriot movement of these years, and in the militias that by 1994 were attracting sympathizers in the hundreds of thousands. The Right found a special cause in the disastrous 1993 assault by federal agents on the compound of a religious sect near Waco, TX. This appeared to confirm conspiracy theories about the federal threat to civil liberties, to religious freedom, and to gun ownership. Gender wars reached the national stage in the 1994 midterm elections, which resulted in an overwhelming victory by Republican conservatives. In the 1996 presidential contest, Clinton outpolled his rival Bob Dole by eleven points among women voters.

Without understanding those earlier gender wars, we can scarcely understand our contemporary political alignments and grievances, and especially the yawning gender gap between the two parties. In other ways too, those years shaped our consciousness about so many aspects of daily life. Precisely because the conflicts of those years seem so unsurprising to those of us who have so totally internalized those values and beliefs, we seldom see the era for the revolution it was.